You can read Sharon's latest Echo column below or on the Sunderland Echo website.

The Free TV Licence for over-75s was something the Labour Government in 2000 proudly introduced as a package of social welfare policies for the elderly.

But it was a Conservative Government who, in 2015, callously outsourced this treasured benefit to the BBC, as part of a “Hobson’s Choice” Charter renewal.

The 2017 Conservative Party manifesto itself committed to protecting “all pensioner benefits including… TV licences for the duration of this Parliament” Which would take us to 2022, not 2020 when these changes will come into effect.

So, whilst a Conservative Party manifesto has been broken without any consideration, it is the elderly and most vulnerable in our society who will suffer.

Many of my constituents have contacted me about this issue, and I share their concerns about the impact this could have on those affected by these changes.

Age UK estimate that for over a million of the oldest people in our country, television is their main form of company. Further analysis shows that scrapping the free TV licence could push 50,000 pensioners below the poverty line.

I am therefore concerned about the isolation and loneliness this could cause, as well as the financial implications on some of the oldest and most vulnerable in our community.

The blame for this lies squarely at the feet of this Conservative Government. Public broadcasters should not be responsible for social policy.

I contributed to the BBC’s consultation on the free TV licence back in February, spoke in a recent debate on the proposed changes and hosted the National Pensioners Convention’s parliamentary lobby in March protesting the changes.

Since the consultation began, I have argued that the Government should take back responsibility for funding the free TV licence for over-75s.

Lets not forget, amongst all the noise around Brexit and the leadership contest to be the next Prime Minister, the Government can change all of this and I will continue to urge them to do so.

In the meantime, any constituents who are concerned about the impact these changes will have on them, their friends or family, please ensure that you are claiming all the benefits that you are entitled to, particularly Pension Credit. Visit www.entitledto.co.uk to check this out.

ECHO COLUMN: Threat to TV licence could lead to loneliness 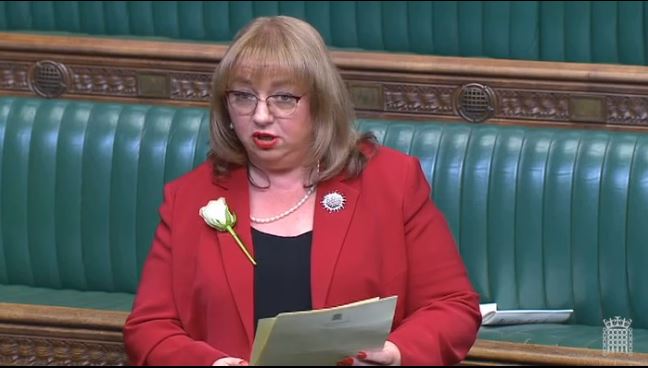 The consultation closes on Tuesday 12th February 2019, and constituents can participate here.

You can also participate in the Labour Party's campaign to protect the over 75 TV licence here.