Debate on a Motion on Ending the Sale of New Petrol and Diesel Cars and Vans - 04.07.19

During a debate on Ending the Sale of New Petrol and Diesel Cars and Vans Sharon talked about the challenges and oppurtunities of transitioning to Electric Vehicles (EVs) and what the Government needs to do to create an environment in which consumers are able to confidently move away from Petrol and Diesel vehicles. 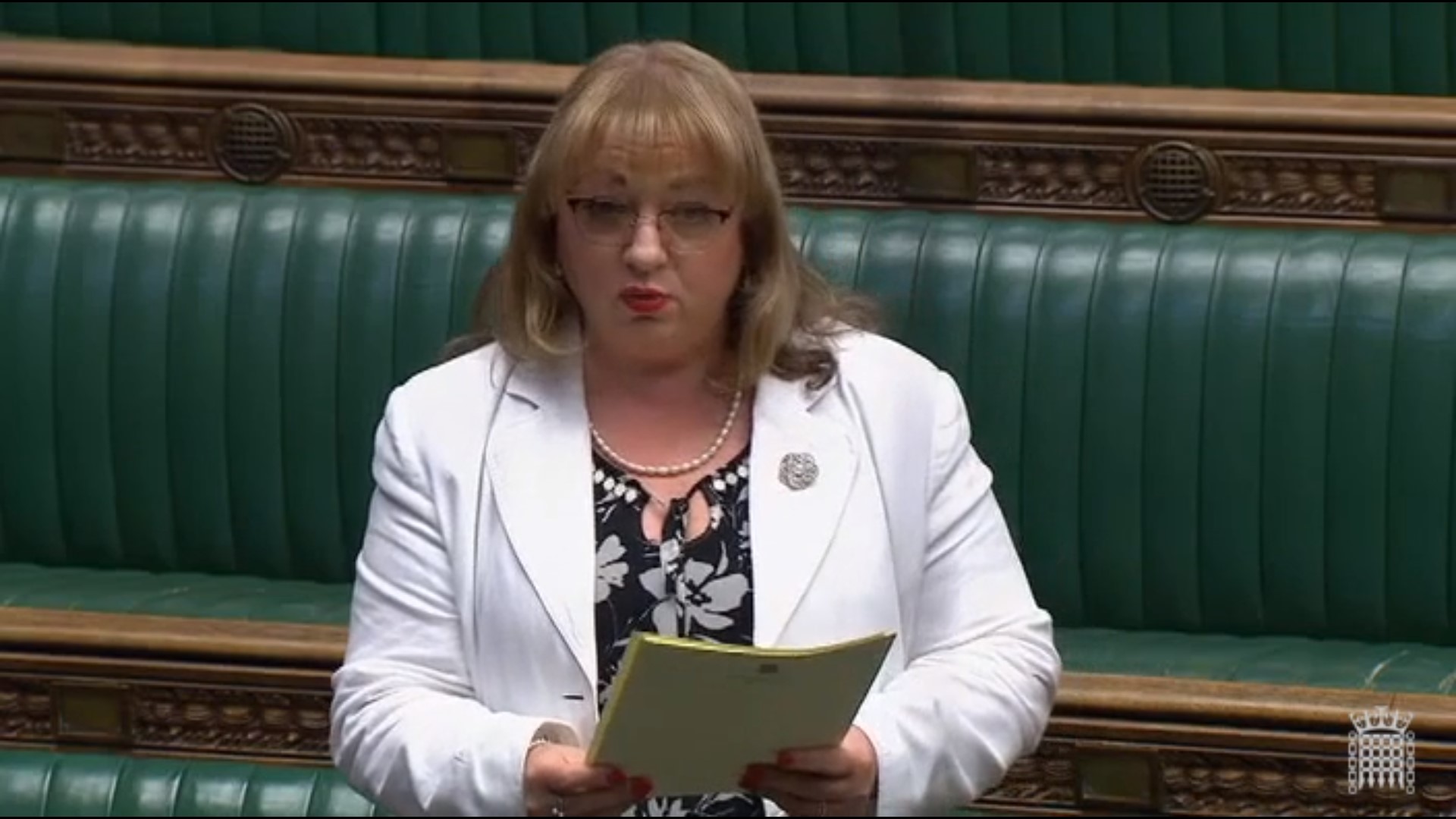 It really is a pleasure to speak in this debate today, because it is on an issue of great importance not only to our environmental commitments, but to the continued success of the UK’s automotive industry. As people will no doubt be aware, because I bang on about it, it is also important to my constituency, which is home to Nissan’s UK car plant. Just last month, the plant became the first in the UK to build its 10 millionth vehicle—an astonishing achievement and a real testament to the efficiency of the facility and the dedication of the workers.

Despite that good news, the overall picture for the automotive industry is worrying. A decline in sales of diesel vehicles, continuing uncertainty over Brexit, fears of a no-deal outcome, and the shift towards electric cars and autonomous vehicles are just some of the key factors that have led some in the sector to describe the current situation as a crisis. According to the Society of Motor Manufacturers and Traders, British car production fell for the 12th month in a row in May as output dropped to 15.5%. It is now clearer than ever that we need an urgent resolution to the ongoing Brexit stalemate and one that avoids the UK crashing out without a deal, which would be disastrous for the automotive industry.

While we must recognise the challenge that the transition towards electric vehicles presents to the automotive industry, it is important to see it as a great opportunity. Climate change is rightly back on the top of the political agenda, partly due to recent protests, including last week’s successful “The Time is Now” mass lobby. The deadly heatwave that swept across Europe last week should also focus our minds on tackling this issue. According to scientists, it was at least five times, and possibly a hundred times, more likely because of climate change.

As the shadow Public Health Minister, I am hugely concerned by illegal and harmful levels of air pollution across the UK, especially here in the capital. Air pollution damages the health of millions of people and is hugely ​dangerous for children, babies, older people, and those with existing health conditions. Successfully transitioning to electric vehicles is just one way of combating the climate crisis.

Nissan has been leading the way in developing EVs and the battery technology upon which they rely. The Nissan Leaf, made in my constituency, was the best-selling EV in Europe last year. The plant in Washington is also the only volume car manufacturer making a pure battery EV and has the first UK battery plant. Disappointingly, uptake of EVs in the UK lags behind other European countries, and the Government must be held partly responsible. They have failed to create an environment in which the EV market can thrive. Grants for EVs have been cut, and investment in the charging infrastructure has been insufficient, as we have heard from several hon. Members.

Perhaps most importantly of all, the Government continue to hold an unambitious phase-out date for new petrol and diesel models of 2040. By comparison, Norway’s target is for all vehicles sold to be low emission by 2025, the Netherlands and Sweden are aiming for 2030, and Scotland’s target is 2032. Although opinions vary on what the target should be, many in the industry have told me that the sector could absolutely cope with our target being brought forward to, say, 2035. The Committee on Climate Change recently called for the sale of new petrol and diesel cars to be banned by 2030, so does the Minister agree with the CCC?

If companies such as Nissan are to build on their successes by producing and selling EVs, the right conditions must be in place for consumers to feel comfortable about making that transition. Two of the key barriers to consumer uptake are concerns around sufficient charging infrastructure and the high price of purchasing an EV compared with a petrol or diesel vehicle. Last year, the Government cut the grant for EVs from £4,500 to £3,500, which Labour strongly opposed. We simply cannot expect people, many of whom were encouraged to buy diesel cars not that long ago, to be able to afford new EVs when they can cost up to £10,000 more than a petrol or diesel vehicle. Even if they cost less to run over time, that initial outlay is the barrier.

As for charging infrastructure, Sunderland is well served, as is the north-east as a whole, as the hon. Member for Eddisbury (Antoinette Sandbach) pointed out. I attended the launch of our new Fastned charging station in Sunderland just last month, for example. As she said, the current market-led approach could lead to an unequal and inefficient distribution of charging points, and if the Government expect consumers to make the change to electric, they need to set out a national strategic infrastructure plan for charging points and further support individuals with home charging.

Although it is welcome that, as of 1 July, all electric car charge points installed via the official homecharge scheme must now have smart features, that means that chargers installed outside of the scheme will not have to be smart. In order for the electricity grid to ever be able to cope with this new future of high levels of EV charging, the systems in place need to be as efficient and smart as possible, not only in homes, but in workplaces and public locations.

The SMMT published figures today showing that the UK car market is in decline for the fourth consecutive month and that alternatively fuelled vehicle demand fell ​for the first time in 26 months. It is clear that the EV market in the UK can thrive with the right conditions in place, and the Government should be ensuring that the transition away from petrol and diesel vehicles is seen as an opportunity by all.