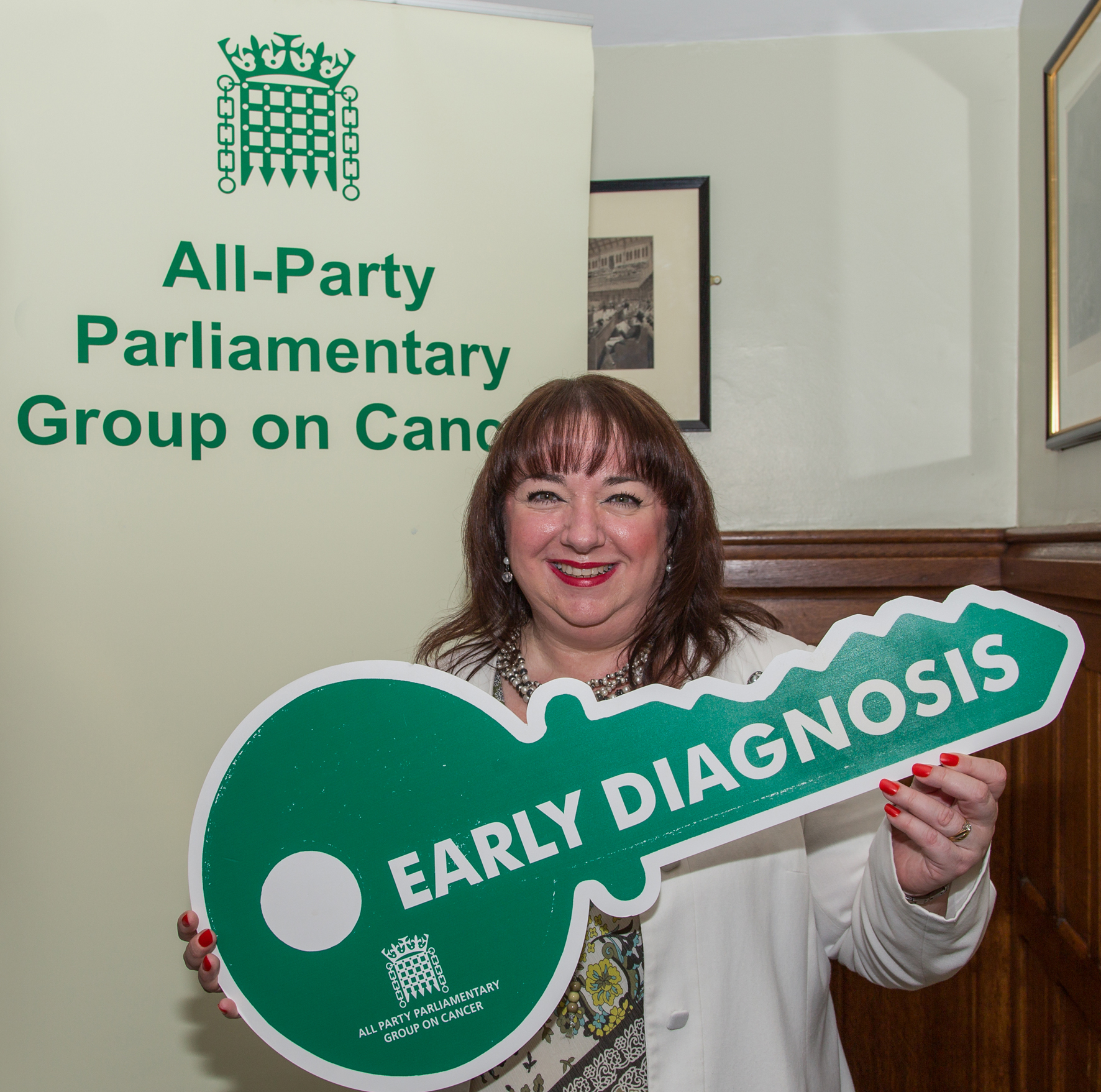 By 2020, almost half of the UK population will receive a cancer diagnosis during their lifetime.  Cancer survival rates in the UK are among the worst in Europe – not least because many people are diagnosed too late.  The APPGC believes that this must change.

The APPGC published a short report at the event which highlights that from April 2015 one-year survival rates have been included in the Delivery Dashboard of the CCG Assurance Framework – the highest tier of accountability at a local level.  This means that Clinical Commissioning Groups are now scrutinised on what they are doing to improve earlier diagnosis in order to improve local one-year survival rates.

Sharon also joined the APPGC which brings together MPs and Peers from across the political spectrum to debate key issues and campaign together to improve cancer services.

Sharon also co-chairs the APPGs on Breast Cancer and Ovarian Cancer, and has worked on improving cancer outcomes during the last parliament.

Speaking after the event, Sharon said:

“In our area only 69% of people live for a year or more after a cancer diagnosis, in Sweden the figure is 81%.  We need to focus our efforts on working to improve this number, so that more people survive this disease.  The UK still has among the lowest survival rates in Europe, and we need better screening, greater public awareness and focused GP training to improve this situation."

"More people are surviving after one year today than they were ten or fifteen years ago, so real progress is possible. This progress requires serious effort however, and I will be campaigning in Parliament to make sure all that can be done to help, will be done.”

The Group brings together MPs and Peers from across the political spectrum to debate key issues and campaign together to improve cancer services.

The APPG's landmark event is the annual Britain Against Cancer conference.  This event is a unique opportunity to bring together everyone who has an interest in improving cancer services in the UK.