Sharon Hodgson, MP for Washington and Sunderland West, met with older campaigners from across the country at an event in Parliament this week, organised by the charity Age UK. 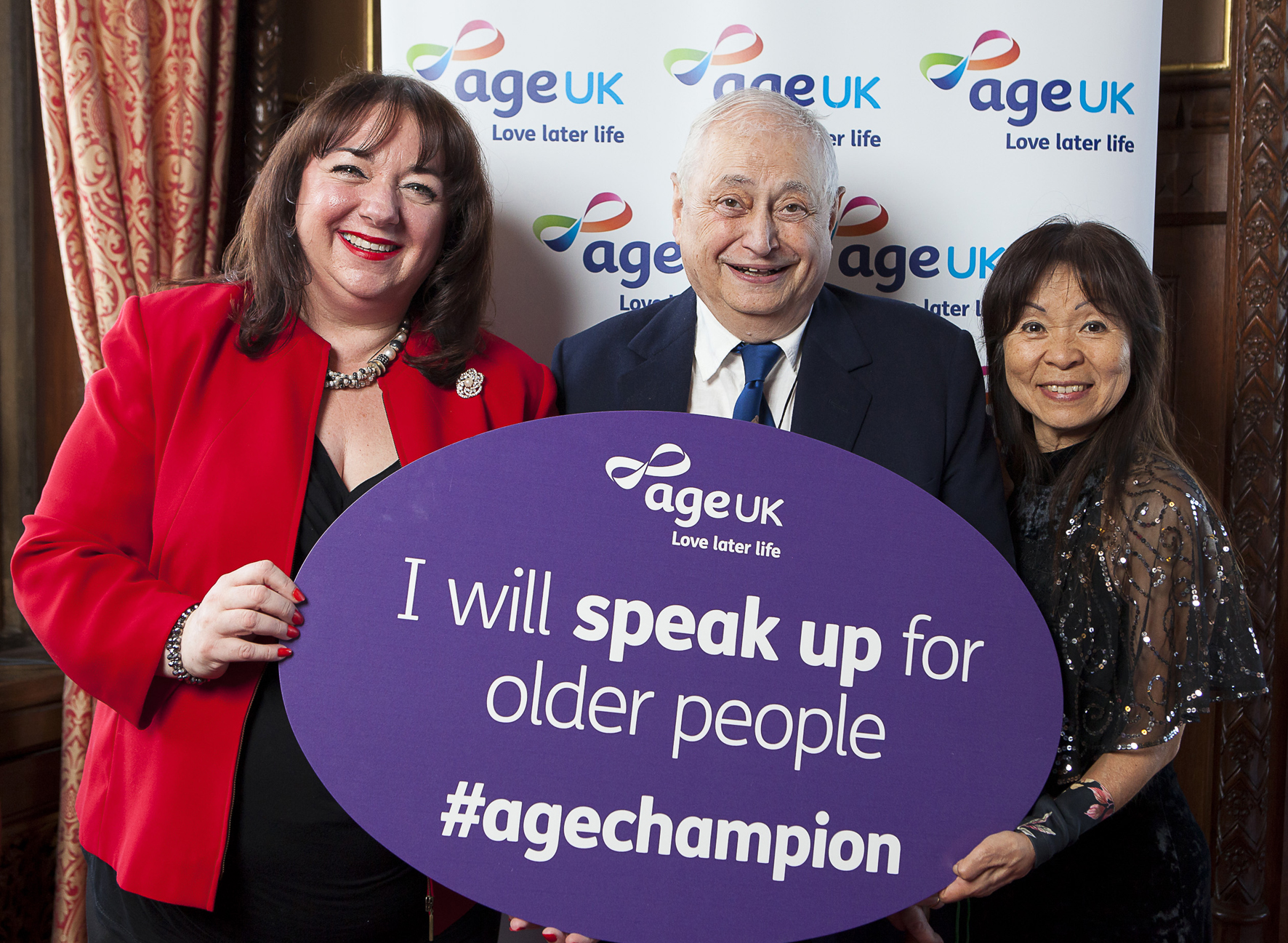 The Age Champions event held in the Speakers’ House in Parliament was an opportunity for MPs to speak with older people and charity workers about many of the issues affecting people in later life, and what government and communities can do in coming years to make the North East, and the UK in general, a better place to grow older.

As an Age Champion Sharon commented:

"It is extremely important and very timely to be looking at the issues affecting older people today, particularly as more and more people are living longer in our country than ever before."

"Age UK are right to highlight the crisis in social care which must be addressed as a priority by Government, as does the chronic need for warmer homes, especially in regions like the North East where temperatures really can drop in winter."

"It is equally important, however, that we also focus on changing the kind of society we live in so that older people are not excluded as some are today, and that alongside keeping people healthy, they are also given the contact and comfort they deserve and that we all need."

"The work Age UK do is brilliant, and I hope the Government and communities around the country commit to bringing about changes, and improving lives."

Sharon Hodgson MP heard about the range of number of issues being faced by many people in later life and ways their support could help to improve their lives.  Some of the issues include:

-    The need to end the crisis in social care.  Over 1 million older people who have difficulty with basic tasks such as getting out of bed, washing, and dressing receive no help or support.

-    The urgent need for better housing and warm homes in winter.  In 2012 there were over 600,000 older households living in fuel poverty.

-    Loneliness is a big issue facing many older people.  Around 1 million older people regularly go an entire month without speaking to anyone.

Age UK’s Chief Executive, Tom Wright OBE, addressed the event outlining the work that Age UK and it partners do in communities across the country to help and support older people in need.

Professor James Goodwin, Age UK’s Head of Research, spoke about the UK’s ageing society and the challenges this presents us all, as well as opportunities.

The Rt Hon John Bercow MP, the Speaker of the House of Commons, closed the speeches by thanking for MPs for their taking up such an important cause.  Throughout the event MPs learned more how they can get involved with Age UK work as an Age Champion, and the opportunities that are available to them to speak up for older people.