On Wednesday 9th January 2019 Sharon Hodgson, Member of Parliament for Washington & Sunderland West and Shadow Minister for Public Health spoke in the European Union (Withdrawal) Act 2018 Debate and vowed to vote against the Prime Minister’s deal on Tuesday. 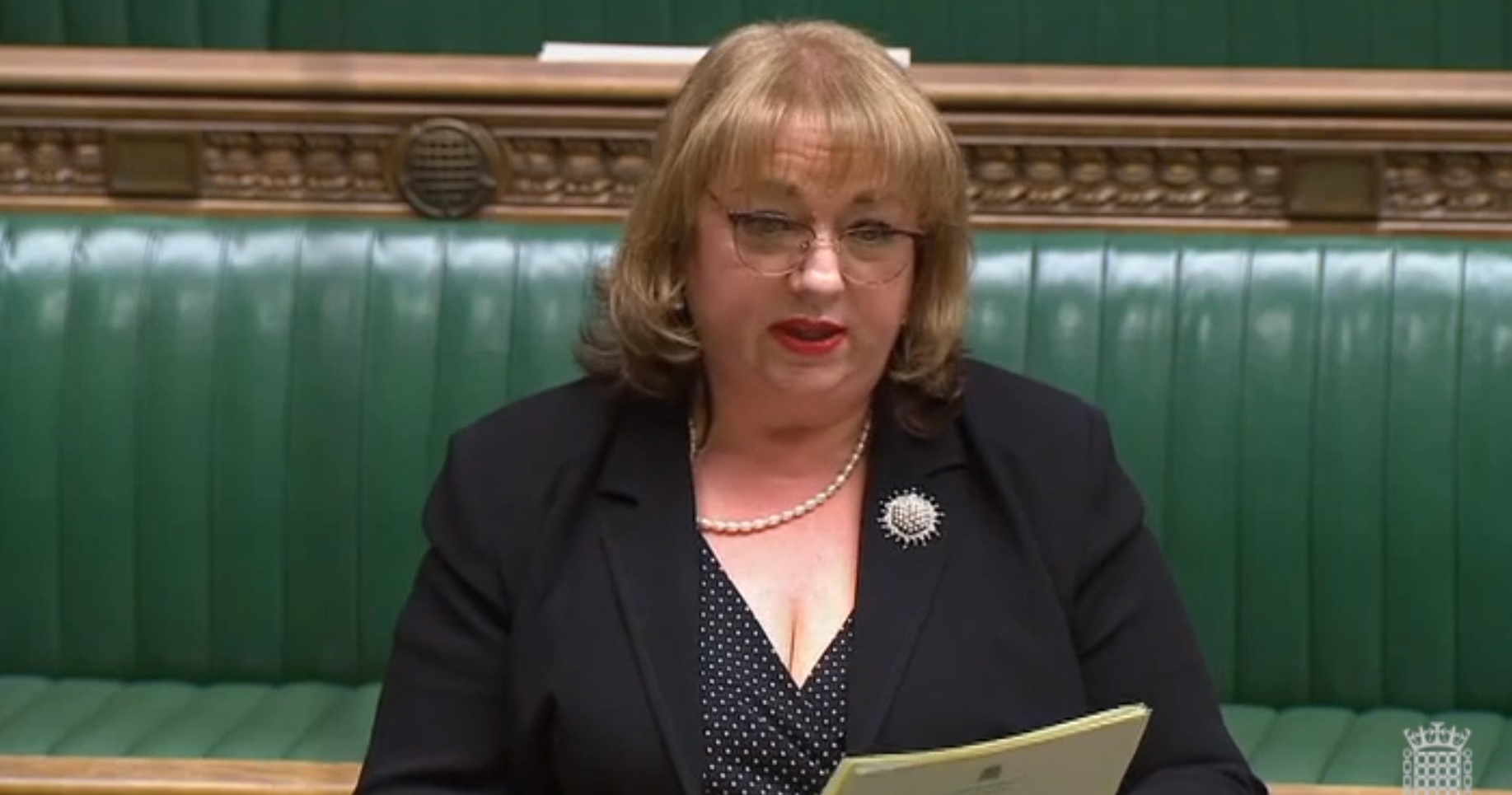 Sharon was due to speak in the debate before Christmas recess, but it was suspended due to the Prime Minister abandoning her vote on the Brexit deal.

During the speech Sharon spoke about the abuse that some MPs have been receiving, including some directed at her in recent days and set out her reasons for voting against the Prime Minister’s deal when it is brought before the House next week.

‘Although I campaigned and voted to Remain in the European Union in the referendum, I have set out to respect the result of that vote and taken great care to listen to the concerns of my constituents as the process unfolds.

I cannot in good conscience vote for the Prime Minister’s deal, which in my mind represents the failure of her Governments approach to the negotiations. It does not protect jobs, workplace rights or environmental standards. It will not ensure frictionless trade for UK businesses and the lack of a clear future relationship also means the Northern Ireland backstop is highly likely to come into place, which would have significant implications across the UK.

Almost nothing of what was promised during the referendum campaign has been delivered and as such I will be voting against the Prime Minister’s Deal next week.’

You can read the full text of Sharon's contribution to the debate below:

"As we have a little more time than I thought we would, before I get into the substance of my speech tonight I just want to start by thanking you, Mr Speaker, for your support with regard to the harassment and targeting of MPs on and around the estate. The abuse that the right hon. Member for Broxtowe (Anna Soubry) and others on both sides of this House and this issue are being subjected to is truly despicable and genuinely worrying for the stability of our democracy. My worry is that the genie may be out of the bottle and the country may not heal for decades, no matter what happens here. That is why, as others have said, this is probably the most important decision and vote that I will have made in my almost 14 years as an MP, and perhaps may ever make.

I say this as I have had brought to my attention details of a threat that I have just received, calling me

“a traitor who should be hung for treason”.

This threat was not even made anonymously. It was made very publicly and traceably, and the man—I believe it is a man because I have seen a photograph of him—who made this threat must know that it is public and easily traceable, which makes this change in our national and political discourse all the more worrying. My crime that ​precipitated this threat was to be one of the 213 MPs of all parties to have signed the letter against crashing out without a deal—which we now know, after the vote last night and today, is the will of the majority of Members in this House. I say all this to reinforce the point about the pressure of the political climate that we are all operating in and dealing with. I know that none of us is taking any of this lightly at the moment.

Two years ago, over 62% of people in Sunderland voted to leave the European Union. That is an average across the three Sunderland constituencies. My canvassing told me at the time that the vote in my constituency may have been more in the region of 65% to 67%. The fact that—as I am sure you know, Mr Speaker—Nissan, the most productive car plant in the whole of Europe, is in my constituency explains why that first result on results night had the impact that it did on all of us, not just the three Sunderland MPs. I campaigned and voted to remain in the European Union, and did so because I believed that it was the best decision for the security, social cohesion and economy of the north-east and the country as a whole. Despite this, I recognised that a majority of my constituents had voted to leave, and I set out to respect the result of the referendum.

In that vein, I have largely refrained from commenting publicly on Brexit or speaking about it here—check Hansard!—choosing instead to listen to my constituents to understand the result, the vote. So I ran two surveys on Brexit. I took great care to read all of the significant amount of correspondence I received on the topic. I held three large public meetings. I engaged regularly with major employers in my constituency, such as Nissan, Rolls-Royce, BAE Systems and others, to hear their concerns about the process as it has unfolded over the past two years. Many of these companies, in particular, have been unnecessarily placed in a position by this Government where they are already spending vast sums of money on preparations for a no-deal scenario—something that none of us here will ever allow to happen.

Voting, and how one votes, is an extremely personal decision, and it would be wrong of us to claim to know exactly what led people to vote in the way that they did. We do know, however, what issues come up on the doorstep, in emails and letters, and through polls and surveys. We also know what was promised to people. As part of the survey that I ran last year—I ran one straight after the referendum and then one again last year—I asked people who had voted to leave in 2016 to rate a number of factors involved in their decision from “very important” to “unimportant”. The three issues with the highest number of people ranking them “very important” were, first, the principle that decisions about the UK should be taken in the UK; secondly, concerns that remaining would mean little or no choice about how the EU expanded its membership or powers; and thirdly, the incentive of trade opportunities outside the EU. It will be noticed that in this sample, immigration did not make the top three of the “very important” issues. It was an issue that people could choose but was actually near the bottom of the list in the final analysis. Make of that what you will.

During the referendum, people were also promised that voting to leave would mean more money for the NHS, more controls on immigration, and significant trade opportunities around the world—and ultimately that it would mean “taking back control”.

Does my hon. Friend accept that they were also led to believe by the leave campaign that this would be a very simple process?

Absolutely. That would be one of the biggest ironies of any of our political careers, as we are all finding out that it is anything but simple. It has got to be the most complicated thing I have ever had to try to get my head around.

Can anyone in this place honestly say that the deal on offer delivers any of the things I have listed? Far from delivering back control, this deal means giving up our voice within the EU and becoming rule-takers until at least 2020, at which point the problematic backstop could come into place. The Government’s own analysis shows that the economic benefit of further trade deals around the world is minimal, will not come for a while and will be outweighed by GDP falling by around 3.9% under their deal.

With regard to immigration, the Government’s recent White Paper failed to provide overall clarity on the issue and included plans to disgracefully label workers on less than £30,000 a year as “low-skilled”. That policy will only contribute to existing staffing shortages in the NHS in particular, as it rules out nurses, care assistants and paramedics coming from abroad. As shadow Minister for Public Health, I am well placed to know that the much promised extra money for the NHS—remember the £350 million on the side of that big red bus?—could not be further from the truth.

However, it is astonishingly clear from the percentages of 87% to 13% that very few people would like me to vote for this deal. It is no wonder that almost 60% of those who took part in my survey now think that the electorate, as well as Parliament, should have to approve any deal agreed with the EU before it is ratified.

Go back to top of page.