Ahead of yesterday's (03.02.16) Labour Opposition Day Debate on transparency of multi-national corporation tax systems, Sharon joined Labour colleagues in supporting a petition calling on the Government to make clear their tax deals with large corporations, such as Google and Facebook. 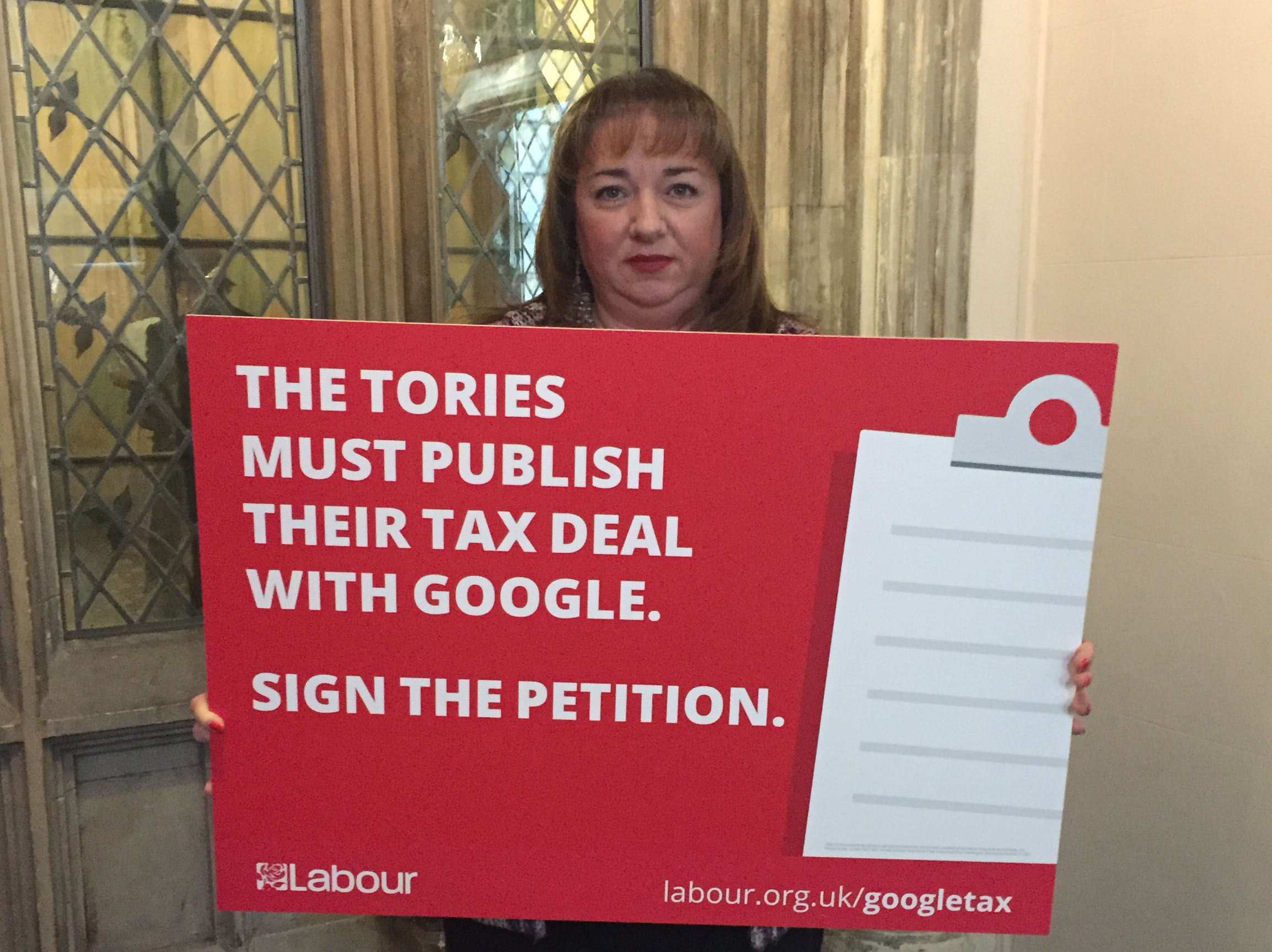 This comes after reports that multi-national corporations, such as Google, are paying a tax rate of 3% on any profits made in the UK.

Last week, the Chancellor of the Exchequer, George Osborne, hailed the deal between HMRC and Google amounting to £130m in respect of taxes dating from 2005-2015 as a great success. Yet, Labour, as well as a number of Conservative  MPs, have made it clear that the deal was nothing to celebrate.

That is why Labour called an opposition day debate on this matter, and for an inquiry into how corporations get away with such lenient tax deals, especially at a time of restricted public spending.

Sharon has had many constituents write to her regarding this issue and has subsequently written to the Chancellor asking for an inquiry to be held into this matter to help restore public confidence when collecting tax revenues from large multi-national corporations.

“The revelations, and subsequent celebration by the Chancellor, on Google’s tax deal are deeply concerning especially when public spending is being tightened further and hardworking families are feeling the squeeze on their household budgets.

“A number of constituents have contacted me about this issue recently and I agree with them that more must be done to make multi-national corporation tax deals more transparent and we should be ending the practice of mates’ rates on taxes, that's why I wrote to the Chancellor for further action to be taken. It's paramount in a democratic society that multi-national corporations pay their fair rate of tax, just like everyone else.”

You can sign the Labour Party’s petition calling for more transparency in tax deals here.