Students have suffered yet another blow by this Conservative Government.

When the then Coalition Government trebled tuition fees in 2011, it was promised that the most disadvantaged would still be able to access higher education without being deterred.

Yet, students from disadvantaged families planning to go on to University will now be seriously affected by the Conservative Government’s decision to scrap maintenance grants in favour of a loan system.

As a non-repayable grant of up to £3,387, maintenance grants are designed to provide extra financial support to students from low-income families with their living costs.

Replacing this important source of income with a loans system will seriously affect students from low-income backgrounds, who are estimated to face an extra £12,500 worth of debt upon graduation, rising from £40,500 to £53,000.

This will only exacerbate the current situation in England where students from more affluent backgrounds are more than twice as likely to go on to higher education than their less affluent peers.

With maintenance grants scrapped, this gap will only widen.

These concerns have also been reflected in the Government’s own Equalities Impact Assessment which acknowledges that the changes may have a negative impact specifically on women, disabled learners, older learners and students from ethnic and religious minority backgrounds.

Labour understands that burdening graduates with masses of debt on entering the world of work will not be the best start to adulthood.

That is why we have opposed these changes and highlighted that these changes were never included in the Conservative’s 2015 election manifesto.

During a Delegated Legislation committee – a small, representative group of MPs from across the House – we opposed these changes.

We then used one of our allotted slots for debate in the main Chamber – as we believed it was too important a change to not be fully debated on the floor of the House – and called on the Government to make a u-turn.

Unfortunately, the Government won the vote, albeit with a majority of only 14 – the smallest majority they have had this Parliament.

Despite this, Labour remains committed to ensuring young people from the poorest backgrounds reach their full potential, whether by going on to university or getting a high-quality apprenticeship, and we are committed to continuing with this aspiration in the face of Tory senseless cuts.

ECHO COLUMN: Poorer students will find it harder to learn 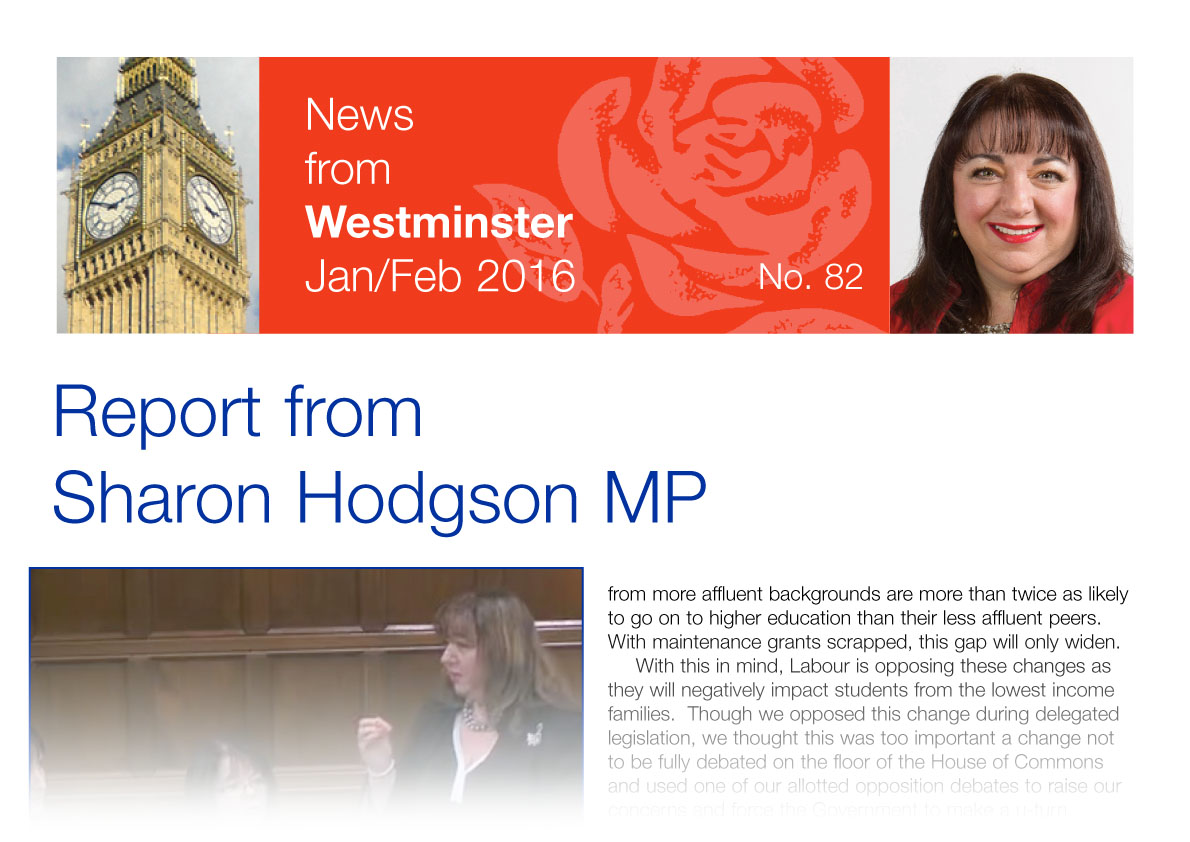