Sharon Hodgson, MP for Washington and Sunderland West, pledged to work with the British Heart Foundation (BHF) to help make ‘science fiction a reality’ during a special parliamentary reception. 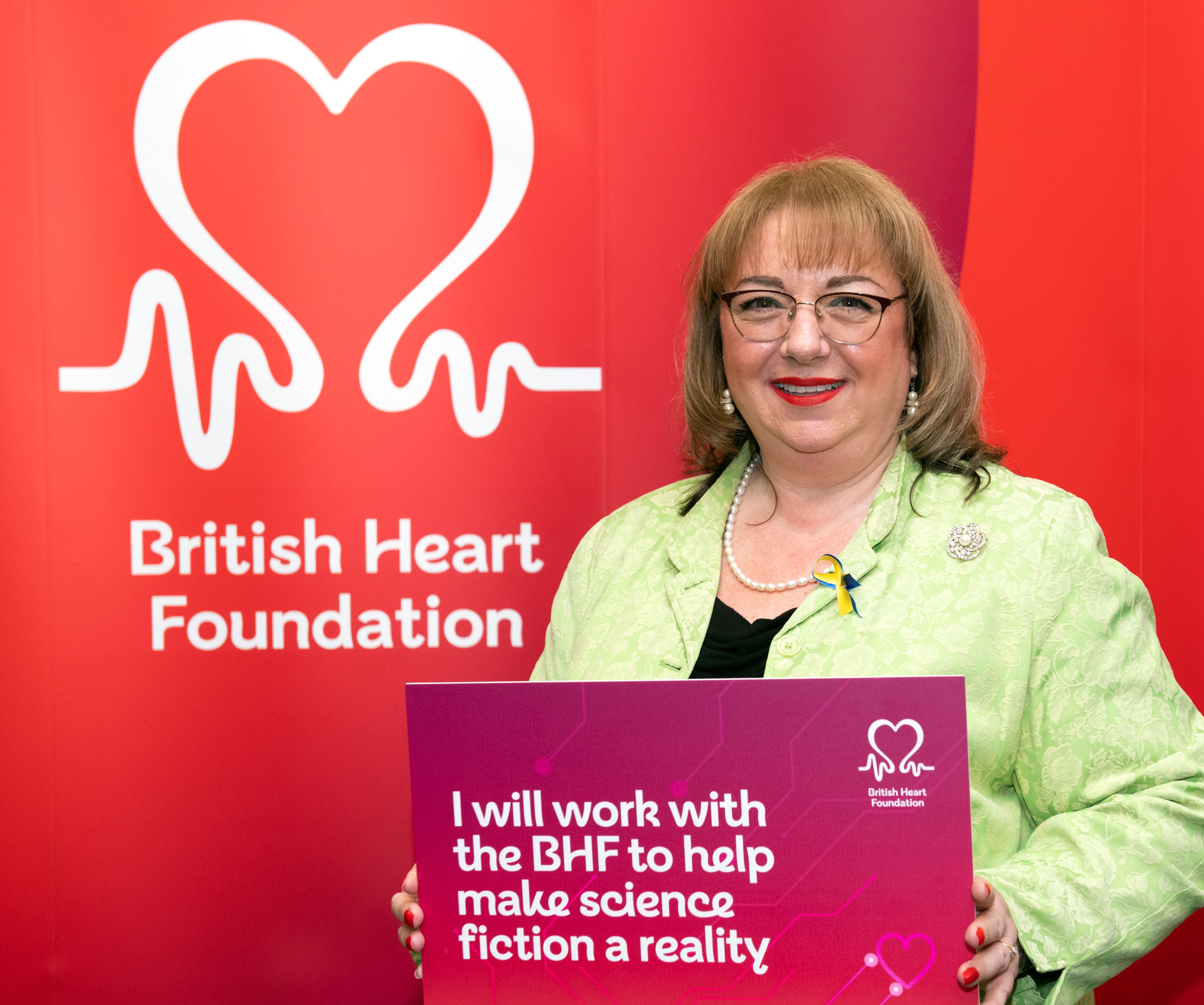 The event, held on Wednesday 2nd March, celebrated the BHF’s 60th birthday and the pioneering research it has funded.

Sharon heard about the BHF’s life saving research over the last six decades, and met with some of the BHF-funded researchers who have made these advances possible.

Since the BHF launched in 1961, the number of people dying from heart and circulatory diseases in the UK each year has halved.

BHF-funded research also contributed to the first UK heart transplant, and the charity was behind discoveries that revealed the cause of a heart attack - helping to transform treatments ever since.

The BHF’s research has also identified many of the genes responsible for conditions that cause sudden heart attacks and cardiac arrests, meaning people can be identified before these deadly events strike.

Today, the BHF is the UK’s biggest non-commercial funder of research into heart and circulatory diseases. However, despite six decades of progress, there is still more to do to improve the lives of the 7.6 million people in the UK who are living with these conditions.

The leading charity is now urging more people to donate to the BHF so that it can help turn more mind-blowing ideas from the realms of science fiction into life saving treatments and potential cures.

Sharon Hodgson, MP for Washington and Sunderland West said: “I was delighted to attend the BHF’s parliamentary reception and hear more about the huge advances in research that the charity has made possible over the last 60 years.

“Today, heart and circulatory diseases are one of the biggest killers in the UK, so it is important that the BHF continues to receive support to help fund the scientific breakthroughs of the future. I look forward to working with the BHF to help highlight the crucial part it plays in the UK’s research and development landscape and how the work it funds benefits my constituents.”

The event was hosted by Elliot Colburn, the Member of Parliament for Carshalton and Wallington.

Elliot Colburn MP said: “The BHF’s research has been pivotal in helping to advance treatments for the millions of people living with heart and circulatory conditions in the UK.

“It was inspiring to hear from the BHF’s researchers and to also find out more about how their work is directly benefiting patients.”

Dr Charmaine Griffiths, Chief Executive of the British Heart Foundation (BHF), said: “It was great to speak with Sharon to not only recognise the improvements made for people living with heart and circulatory conditions across the UK, but to also highlight the progress we urgently need for those living in their constituency.

“Beating heart and circulatory diseases is still one of the world’s biggest challenges and, despite huge steps forward over the last 60 years, the BHF’s research has never been more needed.

“We want to thank all MPs and peers who attended our parliamentary reception and signed our pledge to help make science fiction a reality. We look forward to working with them in the future.”

About the British Heart Foundation

With donations from the public, the BHF funds ground-breaking research that will get us closer than ever to a world free from the fear of heart and circulatory diseases. A world where broken hearts are mended, where millions more people survive a heart attack, where the number of people dying from or disabled by a stroke is slashed in half. A world where people affected by heart and circulatory diseases get the support they need. And a world of cures and treatments we can’t even imagine today.