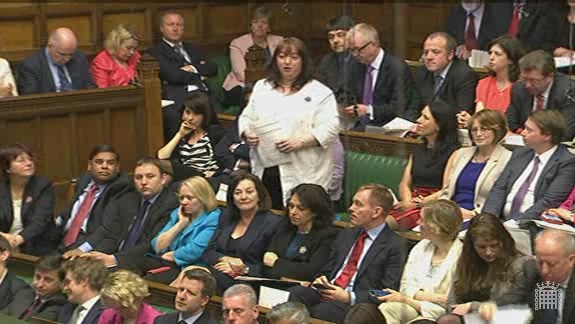 Sharon has been leading a campaign in Parliament for regulation of the secondary ticketing market to protect fans from the worst practices of ticket touts.

In 2010, Sharon tabled a Private Member’s Bill - the Sale of Tickets (Sporting and Cultural Events) Bill 2010/12 - calling for mark-ups on tickets (which were being re-sold against the expressed wishes of the event organiser) of no more than 10%; this Bill was filibustered by (some then) Tory backbenchers (including David Nuttall, Philip Davies and Sajid Javid - former Secretary of State for Culture) when it was debated in the House of Commons, so subsequently fell at the end of the Parliamentary session. Sharon's speech introducing the Bill can be read on Hansard here.

Since Sharon's Bill, the problems of the secondary ticketing market have been highlighted by a Channel 4 Dispatches documentary, The Great Ticket Scandal, in early 2012 (videos below*), and a report from the Metropolitan Police, Ticket Crime: Problem Profile, which:

Sharon is now Co-Chair of the All Party Parliamentary Group on Ticket Abuse, which recently published a report making a number of recommendations to improve the market for fans and reduce the incidence of fraud and exploitation. The APPG have discussed their report with Ministers, and will continue to press the Government to incorporate some of these recommended changes within the Consumer Rights Bill, which is currently before Parliament.

Update 12.01.2015: Read Sharon's speech in the Consumer Rights Debate here.  Unfortunately the Government voted against the Lords' Amendments which would have brought transparency into the secondary ticketing platforms market.

Sharon has also lobbied the relevant Shadow Ministers within the Labour Party to secure an assurance that if the present Government fail to act to protect fans, a future Labour Government will do so; the Labour frontbench have already tabled amendments to the Consumer Rights Bill along the lines of those called for by Sharon and the APPG.

You can view the Channel 4 Dispatches documentary in 4 parts here:

*Update May 2016 - We can't show you these here now as "The YouTube account associated with this video has been terminated due to multiple third-party notifications of copyright infringement."