Following the 2019 General Election result for Washington and Sunderland West constituency, Sharon made the below speech at the count in Silksworth Sports Complex. 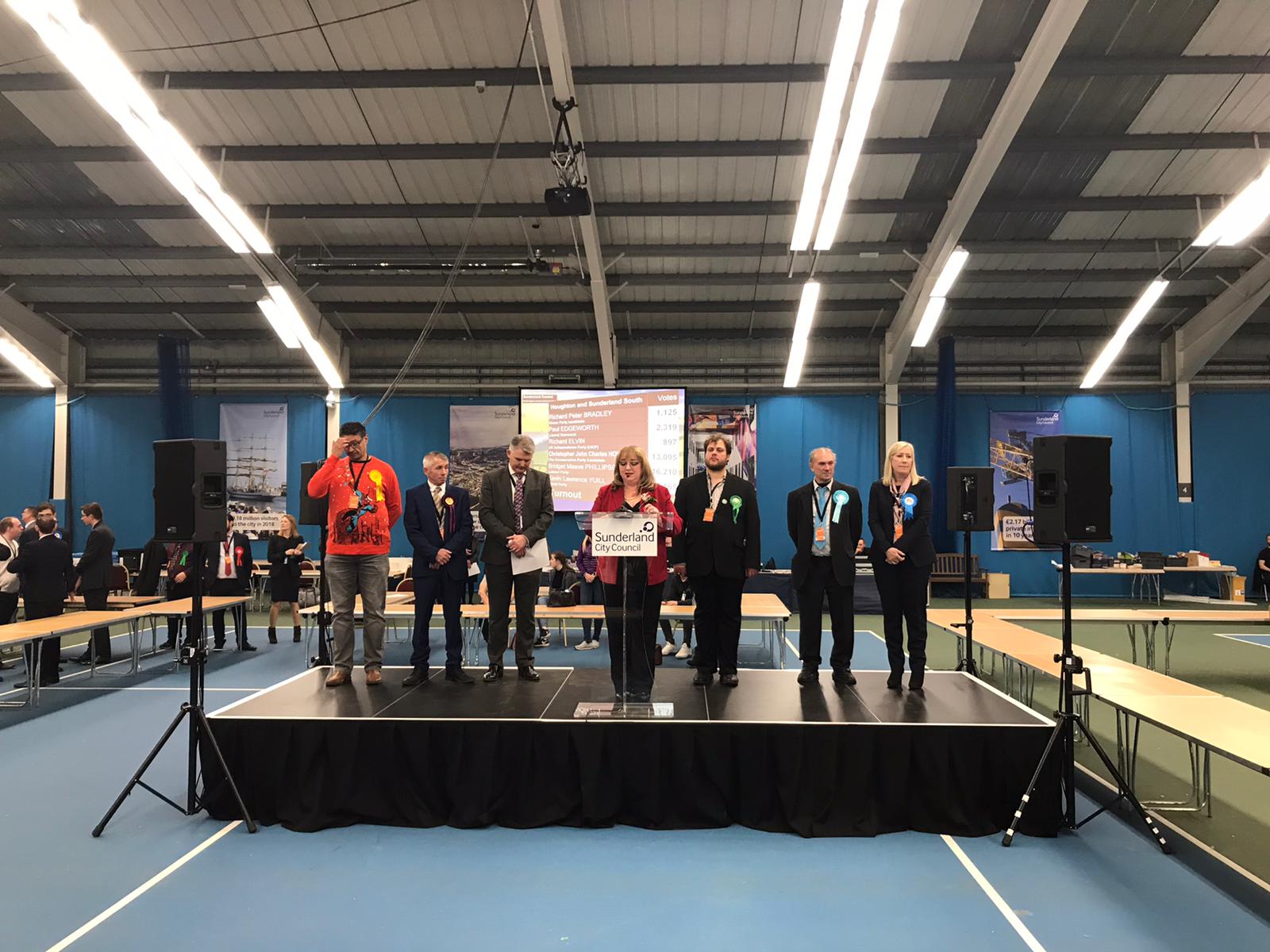 I want to start by thanking voters in Washington and Sunderland West. It is an honour to be re-elected as your Member of Parliament.

Thank you to the Returning Officer, Patrick Melia and the team at Electoral Services, polling station staff and the counting agents, who have done a sterling job working on this snap election in the midst of winter.

Thank you to the police who have kept us all safe whilst we campaign during these turbulent times.

Thank you so much, as always, to my husband, Alan, and my kids Joseph and Emily who support me endlessly. Without your continued love and support I could not do any of this.

To my agent, Sean Laws, my campaign team and the amazing CLP activists and volunteers who have given up so much of their valuable time over the last 6 weeks to help with my campaign, you have been out in all weathers delivering leaflets and speaking to voters: I can’t thank you enough.

Boris Johnson thought that a December election would scupper us, but we are made of sturdy stuff in the North East.

By re-electing three Labour MPs, voters in Sunderland today have shown that they reject the politics of division and if there is a Conservative Majority, as the exit poll is showing, then I will return to Parliament, as soon as it is recalled, as the representative of Washington and Sunderland West to hold the most right-wing Government of our times to account.

Of course, the results aren’t in yet, not everywhere is as quick as Sunderland so we have a long night ahead of us, but I can assure all of my constituents that I will continue to be a trustworthy voice in Parliament that will put them at the forefront of all of my decisions.

I will defend our NHS from further privatisation and from a bad trade deal with the US.

I will call for more funding for our schools and emergency services.

And I will continue to be a voice for the North East, championing our local areas and calling for further investment in the region.

The North East exists all of the time, and not just when the Conservative Party want it to exist during election time.

The North East must be heard and I will do all that I can to ensure that it is in the weeks, months and years ahead.