As Shadow Minister for Public Health, Sharon spoke in a Westminster Hall Debate on Antibiotic Resistance and the need to improve public awareness of this issue, along with research and development of new and improved antibiotics to be brought onto the market to tackle antibiotic resistance of bacteria. 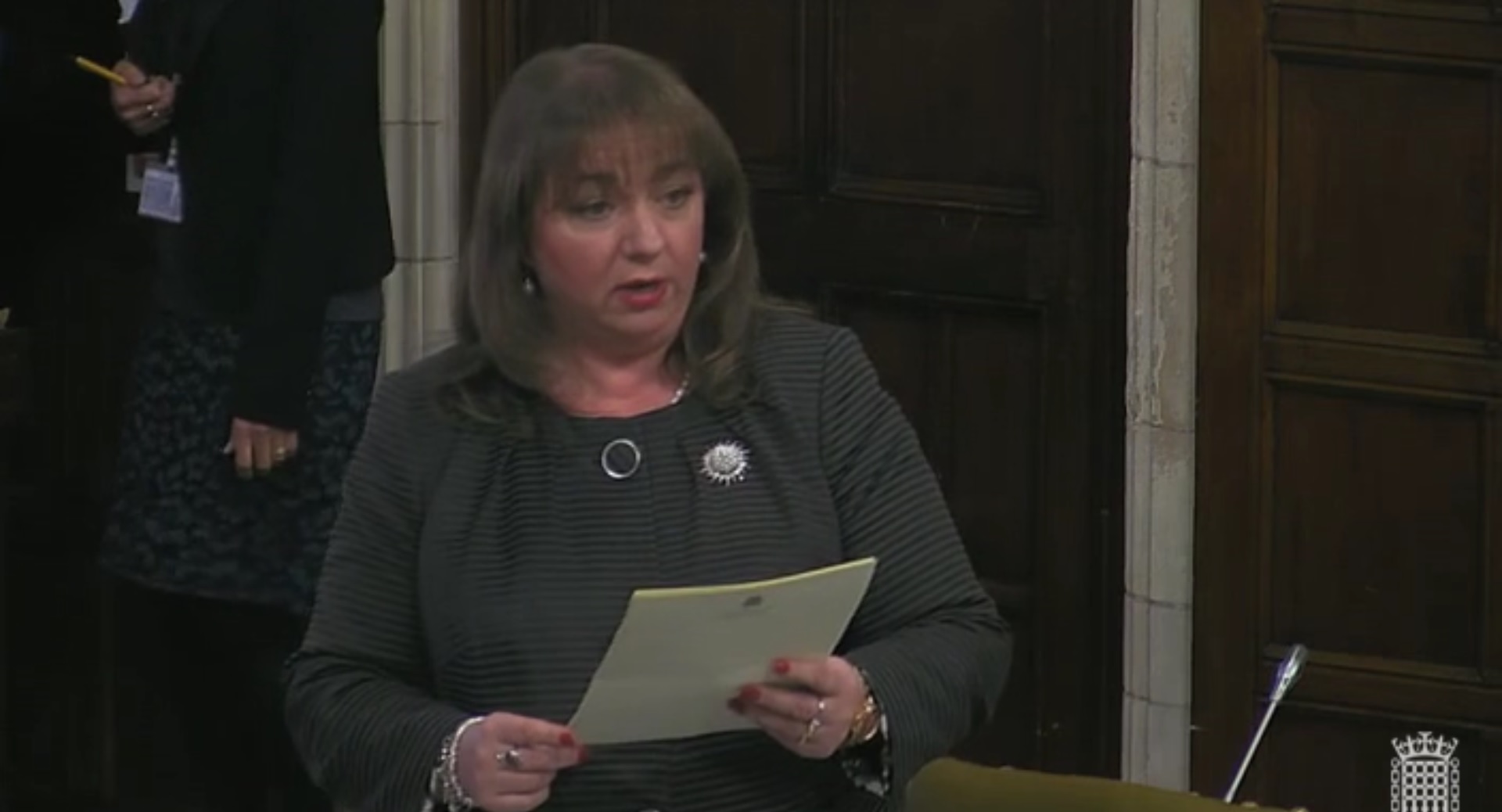 It is a pleasure to serve under your chairmanship, Mr Hollobone. I congratulate the hon. Member for Thirsk and Malton (Kevin Hollinrake) on bringing this important debate to the House. He gave an eloquent and knowledgeable speech clearly setting out the issue and the matters to be discussed following the O’Neill review. I thank him for that.

An estimated 50,000 deaths occur every year due to untreatable infections, rising to 700,000 globally. That is why it is only right that we do all we can to address antibiotic resistance. It is believed that the number of deaths will rise to 10 million a year by 2050 if no significant action is taken. As we have heard from a number of Members, deaths from drug-resistant infections could exceed deaths from cancer.

This is an incredibly timely debate. Only a couple of weeks ago, the World Health Organisation published a list of 12 bacteria for which new antibiotics are now needed. Some strains of bacteria have built-in abilities to find new ways to fight off treatments that can then be passed on to other bacteria via genetic material to make them drug-resistant too. I find it a bit scary to consider what we are up against. This is a battle that we have to win.

I also thank other hon. Members who have spoken in this debate. My hon. Friend the Member for Bristol East (Kerry McCarthy) gave a very knowledgeable speech about the use of antibiotics in farming; other hon. Members touched on the subject as well. I really think we need to get a firm grip on it internationally, with the UK leading the way. Ten other Members spoke in this very active debate: my right hon. Friend the Member for Rother Valley (Sir Kevin Barron), my hon. Friend the Member for Ealing, Southall (Mr Sharma), the hon. Members for Erewash (Maggie Throup), for Bosworth (David Tredinnick), for Glasgow North (Patrick Grady), for Sleaford and North Hykeham (Dr Johnson), for Mole Valley (Sir Paul Beresford), for Strangford (Jim Shannon) and for Stafford (Jeremy Lefroy), and the hon. Member for Linlithgow and East Falkirk (Martyn Day), who speaks for the Scottish National party. Their speeches were all thoughtful and knowledgeable, albeit brief because of time constraints.

I will touch on two key points: raising public awareness, and supporting research and innovation to combat antibiotic resistance. It is generally accepted that antibiotic resistance is a natural process—bacteria naturally evolve to become resistant to certain drugs used to fight them off—but it has been exacerbated by humans. As Dr Hsu of the Singapore Infectious Diseases Initiative has said, the causes come down to

“a single axiom—abuse and overuse of antimicrobial drugs.”​

Concerns have also been raised that the development of new antibiotic drugs has dried up, contributing to the situation. According to the World Health Organisation, we are left in a precarious position. The WHO’s director general, Dr Margaret Chan, describes antimicrobial resistance as

“a crisis that must be managed with the utmost urgency.”

That urgency applies here in the UK, too. In 2014, the chief medical officer, Dame Sally Davies, said that

“we could be taken back to a 19th century environment where everyday infections kill us as a result of routine operations.”

We could be taken even further back: as the hon. Member for Thirsk and Malton said, this could be the new black death. That is not as melodramatic a statement as people may first think. Antimicrobial resistance is a really serious problem that we need to address here and now, so that those predictions do not come true.

I do not always do this, as I am sure you have noticed, Mr Hollobone, but I must give credit to David Cameron’s coalition Government, who were global leaders when they announced Lord O’Neill’s review into antimicrobial resistance. The review’s 10 recommendations show just how complex and multifaceted the issue is and how wide-scale the actions needed to address it are. The review’s final report was published in May 2016 and the Government responded at the end of last year, so now is a good time to ask the Government for an update.

One of the review’s key recommendations was to introduce a large-scale global awareness campaign to reduce the demand from patients to be prescribed antibiotics when they are diagnosed with an illness. I am a firm believer in public awareness campaigns relating to health issues, especially cancer. My hon. Friends and I fully support such a campaign for antimicrobial resistance and we want to see the Government working hard to achieve it. The review’s recommendation was for an international awareness campaign, but what does the Minister plan to do here in the UK to complement that international work? That is a pertinent question because a 2015 Wellcome Trust study found that people in the UK did not fully understand antibiotic resistance and how it affects their health. They did not understand that antibiotic resistance is to do with the bacteria in people’s bodies, rather than a lack of antibiotics or the cost of them; it is not just a case of doctors being awkward. I would therefore be grateful if the Minister told us what relatable public awareness campaigns she is planning to ensure that people understand more about the problem and about what they can do personally.

I have already mentioned the problems with combating antibiotic resistance caused by the drying up of innovative developments in drug technologies. The O’Neill review identifies that the low commercial return on research and development for antibiotics makes them less attractive to pharmaceutical companies and reduces the chance of new drugs being developed. To reverse that situation, it recommends considering market entry rewards to encourage companies to develop new or improved drugs, especially in areas of urgent need. I hope the Minister will explore that issue further in her reply.

Public and private funding is being made available to help to combat these issues. On 20 December, the Minister referred to

“international programmes to tackle AMR, including the Fleming fund and the Global AMR innovation fund, which represent ​more than £300 million of investment over the next five years.”—[Official Report, 20 December 2016; Vol. 618, c. 1294.]

There is also the incredible work of the Longitude Prize, which is in the middle of its competition to develop

to help to address antibiotic resistance. That is important work and we support it.

In summary, we cannot afford to get antimicrobial resistance wrong. Millions of lives depend on our tackling it. It is not far away; it is happening right here, right now, and it affects us all, so it is important that we do all we can to address this growing problem, both in the UK and internationally.