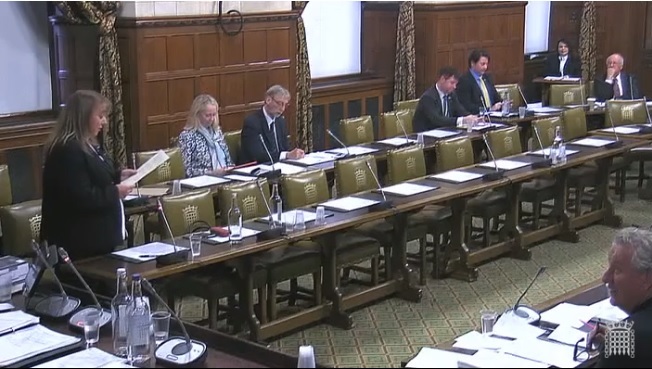 As Shadow Minister for Public Health, Sharon responded to a debate on Arthritis Awareness Week. In her speech, Sharon raised the concerns that more and more people would be diagnosed with this health condition, and the need for preventative measures to be considered whilst also looking at the false economy around cuts to public health grants, and for better awareness of symptoms and treatments.

It is an honour to serve under your chairmanship, Mr Betts.

Today we are debating arthritis and what more can be done to help those who suffer from this terrible health condition. It is very welcome that the Backbench Business Committee allowed this debate to happen today, which is in arthritis awareness week and so soon after World Arthritis Day. I also thank the Members from across the House who secured the debate with the Backbench Business Committee, and the hon. Member for Strangford (Jim Shannon) for leading the debate this afternoon. He eloquently and clearly set the tone, and I thank him for that.​

As we have heard, this condition can often go unnoticed or ignored by individuals and wider society, and I hope that the awareness work seen this week has helped somewhat in changing that, along with the role that everyone here has played in supporting that culture change. Nearly 10 million people in the UK live with arthritis. The symptoms can vary; there are over 200 known types of arthritis and rheumatic disease. The symptoms include inflammation of the joints, pain, fatigue, stiffness and difficulty moving. It is quite a common misconception that arthritis is a health condition affecting only the elderly, but it can often affect all ages. That is why it is important that we raise awareness, and that more be done to educate the public on the symptoms, and on the support and help that is out there.

However, we must also be aware that, given the ageing population, more people will suffer with arthritis. The number of sufferers is expected to rise by 50% by 2030. It has to be said that the Government’s short-sighted cuts to public health grants will only cause havoc if the proper finances are not put in place to address our nation’s health.

Arthritis may not be a killer, but it does attack the way of life of many people. As has been put so eloquently today, this condition can make life a very painful struggle, with one in 10 people saying that they live with unbearable pain, day in and day out. The words of those who suffer with this condition can make the strongest cases for reminding us just how tough it can be to live with arthritis.

In the words of Sharon—I am not talking about myself in the third person here, Mr Betts—who suffers with psoriatic arthritis,

“It’s the forgotten condition that no-one thinks is important. It affects everything. It’s exhausting, depressing and makes you feel angry and frustrated.

It robs you of the life you thought you were going to have, the one you planned with your family. It robs you of a sense of purpose. You can’t do what you want, when you want, it’s unpredictable.

Life has to be adapted and constantly changed. The drugs make you feel sick and depressed and have side effects as long as your arm. It becomes important not to look back at what is lost and make an effort every day to look forward and think positively. But it’s invisible, other people don’t see any of that, you just look a bit stiff.”

Those are extremely powerful words and should be a reminder to us all of how important it is to do more to help those suffering with arthritis.

Hearing the stories and experiences of those who live with the condition is important to help raise awareness. That is why the aim of the awareness campaign “The Future is in your Hands” for World Arthritis Day last week was to highlight the stories of those who suffer. It reinforced the comments made by the chief medical officer back in 2012, who said that osteoarthritis, the most common musculoskeletal condition, is a

The Government must listen to contributions of medical experts such as the chief medical officer, and to the expert opinion of those who experience arthritis. They must then act to do more to help those suffering with the condition.​

The Government could help to prevent the development of arthritis with preventive measures that relate to obesity and physical activity. Studies have shown that obesity is the single biggest avoidable cause of osteoarthritis in weight-bearing joints. With two out of three obese people developing osteoarthritis, it is important that we seriously get to terms with addressing obesity; that will create an environment in which those suffering with arthritis can flourish, rather than struggle.

One key way to alleviate symptoms and support people who suffer with arthritis is by promoting physical activity, as it has been shown that regular physical activity can be beneficial in helping to reduce the impact of the condition on people’s lives. My hon. Friend the Member for Neath (Christina Rees), who is no longer in her place, pointed out that it was a lifetime of sporting activities—she is a very well-known squash player—that probably caused, or exacerbated, her arthritis. However, the National Institute for Health and Care Excellence has published clinical guidelines that recommend exercise as a core treatment for people with arthritis, irrespective of the severity of their condition.

We need to know which services are out there, so that we can help people acquire the recommended treatment. That is why it would be beneficial for the National Audit Office to conduct a review into physical activity services for people with arthritis. That would help to ensure that we, as policy makers, have the necessary information to drive the policy agenda, and would help to map areas with a shortfall in support and services for those with arthritis. I hope that the Minister will shed some light on plans to undertake that work. Such an investigation would also be important in the light of the cuts to public health grants under this Government. Those cuts are a false economy, and compound the problems accessing services for people who are seeking to manage and improve their lives.

I quoted the following figures to the Public Health Minister at about this time last week from this very spot, but they are worth repeating to the Minister here today. In the autumn statement, the former Chancellor announced further cuts to public health grants, which amounted to an average real-term cut of 3.9% each year to 2021. That translates to a further cash reduction of 9.6%. That is in addition to the £200 million of cuts to public health grants announced in the 2015 Budget. The Minister must bear those figures in mind when responding to the debate and whenever the Department takes action on public health issues. It really is a false economy to cut funding to already overstretched and burdened public health services, as that will obviously exacerbate the problems with those services in the long term.

The need for further awareness of arthritis and its symptoms was clearly shown in a UK-wide survey of more than 2,000 people conducted by Arthritis Care last year, which found that more than a quarter of arthritis sufferers had waited two years to seek help after their symptoms began. When asked why, some 52% said that it was because it did not occur to them that they could have arthritis, and 28% felt that nothing could be done to address their arthritis. I hope that those who have listened to this debate have heard, loud and clear, that help is out there, and that delaying seeking that help will not aid them or their long-term health and wellbeing. That point was made eloquently ​by my hon. Friend the Member for West Ham (Lyn Brown), who, I think hon. Members will agree, looks 10 years younger than she did a little over a year ago.

Raising awareness is vital. Last week, world-famous performer Robbie Williams gave a candid interview explaining that he suffers with arthritis and describing the impact that has had on his performance; as a Robbie fan, that concerns me. The more we talk about the condition, and the more that high-profile people, such as the MPs here today, talk about their experiences, the better.

There have been so many eloquent and personal accounts in this debate. I particularly mention the brave and moving account of my hon. Friend the Member for West Ham. She will be playing tennis soon with our own parliamentary tennis champion, Mr Speaker, and I, for one, definitely want a front-row seat for that one. My hon. Friend is a true inspiration to the 10 million arthritis sufferers across the country.

I hope that the Minister has listened not only to the debate and contributions from Members present, but to the voices of those outside this place who have called on the Government to do more for those living with arthritis and the pain that comes with it. There are many ways for the Government to do something, and ideas have come from across the House to steer the Minister in a direction that will help the 10 million people who suffer with the various levels of pain associated with arthritis. Let us hope that this time next year, when we recognise National Arthritis Week again, we will have helped more people to lead a healthier, happier and more pain-free life.