As Shadow Minister for Public Health, Sharon responded to a Westminster Hall debate on austerity and life expectancy.

During her speech, Sharon outlined the fact that life expectancy in the UK has not improved since 2011 and called on the Minister to address both the life expectancy and healthy life expectancy gap between the rich and poor, and the north and south. 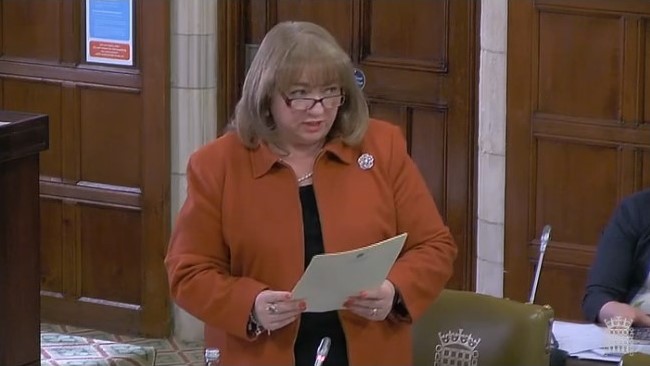 You can read the full debate here: Austerity and Life Expectancy

You can watch Sharon's speech on Parliament TV here: Austerity and Life Expectancy

It is a pleasure to serve under your chairmanship, Mr Paisley. I thank my hon. Friend the Member for Sheffield, Heeley (Louise Haigh) for securing this important debate and for her excellent and well-informed speech. It is of great interest—not only to me, but to the public, who I am sure will be listening closely to the Minister’s response today. I also want to thank the hon. Members for South West Bedfordshire (Andrew Selous) and for Witney (Robert Courts), my hon. Friend the Member for Vale of Clwyd (Chris Ruane) and the Scottish National party spokesperson, the hon. Member for Central Ayrshire (Dr Whitford), for their thoughtful and passionate speeches, even though I do not necessarily agree with all the things that were said.​

As we heard, life expectancy has always gradually increased. Between 1920 and 2010, it increased from 55 to 78 years for men and from 59 to 82 years for women. However, the improvement began to stall in 2011 when the coalition Government came in. That cannot be just a coincidence. Since then, for the first time in over a century, the health of people in England and Wales has stopped improving, and has flat-lined ever since.

I must emphasise that researchers do not believe that we have reached peak life expectancy. The Nordic countries, Japan and Hong Kong all have life expectancies greater than ours and they continue to increase, so why is life expectancy flat-lining in the UK? Why is Britain being left behind and fast becoming the sick man of Europe? I know that the hon. Member for South West Bedfordshire said that that was not the case, but academic research by Danny Dorling, published in November 2017, which I have here, said:

I think the hon. Gentleman needs to check his facts.

What will the Minister do to address the life expectancy and healthy life expectancy gap between the rich and poor, and the north and south? It is simply unacceptable that the least advantaged in our society bear the brunt of this Government’s policies—wherever they live. Austerity is not a choice. It is a political ideology, which harms the poorest and the most vulnerable in our communities.

It is not rubbish. Professor Sir Michael Marmot warned:

Sadly, we have seen this across the board. Despite the growing pressure on our health and social care service, the Government are responsible for spending cuts across our NHS, social care and public health services. While demand continues to increase, the Government have taken away vital funding, which could close the life expectancy gap.

Since local authorities became responsible for public health budgets in 2015, it is estimated by the King’s Fund that, on a like-for-like basis, public health spending will have fallen by 5.2%. That follows a £200 million in-year cut to public health spending in 2015-16. Further real-term cuts are to come, averaging between 3.9% each year between 2016-17 and 2020-21. On the ground, that means cuts to spending on tackling drug misuse among adults of more than £22 million compared with last year and smoking cessation services cut by almost £16 million. Spending to tackle obesity, which the hon. Member for South West Bedfordshire mentioned as a cause of shorter life expectancy, has also fallen by 18.5% between 2015-16 and 2016-17 and further cuts are in the pipeline. These are vital services for local communities and could benefit their health and lifestyle, but sadly they continue to be cut due to lack of funding.

When the Prime Minister made her first speech on the steps of Downing Street—the Minister is nodding, because she knows the quote—she said:

“if you are born poor, you will die on average nine years earlier than others.”

We were all pleased that the Prime Minister highlighted that issue, but I have been left disappointed with her Government’s lack of response to tackle it. We on this side of the House are committed to ensuring that our health and care system is properly funded, so that all children are given the best possible start in life and older people are treated with the respect and dignity that they deserve. I hope that the Minister will clearly outline what the Government will do to close the life expectancy gap.