Cross-party inquiry finds that investing in basketball is a real slam dunk, and calls for reform of elite and grassroots sport funding in the UK. 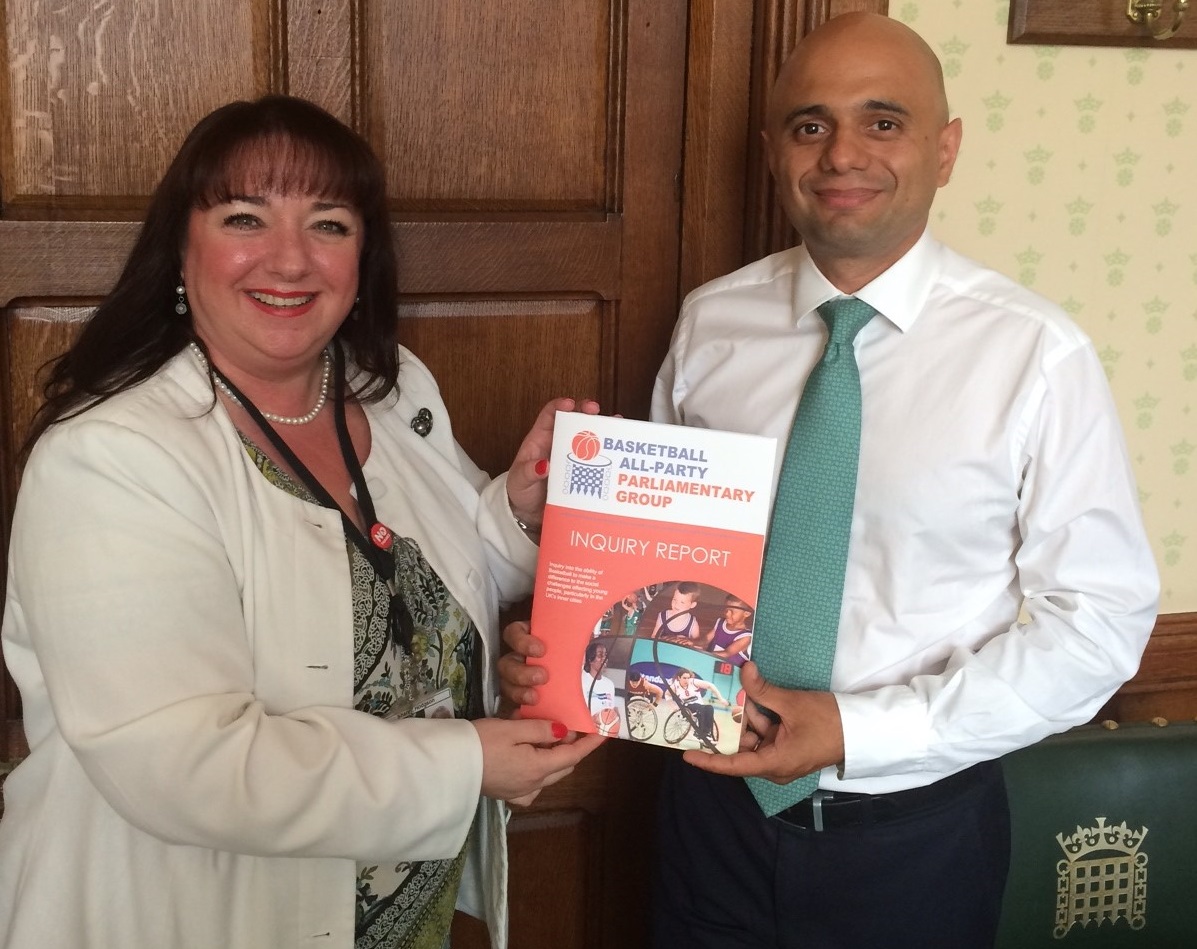 Sharon led cross-party calls in Parliament for a "radical rethink" of how sport is funded in the UK, arguing that the ability of basketball to transform the lives of young people warrants greater recognition from the Government.

Following a series of evidence sessions held in Parliament in March and April, the All-Party Parliamentary Group (APPG) for Basketball, which Sharon chairs, published its first report on Thursday 17 July, calling on the Government's sport funding bodies - UK Sport (elite level) and Sport England (grassroots development) - to change their decision-making processes to take account of the wider, social value of inclusive team sports such as basketball.

Evidence to the Inquiry panel - including from Newcastle Eagles, which runs the successful Hoops4Health programme across the North East - showed the significant and unique impact that basketball community outreach programmes are having in some of Britain's most deprived areas, by not only giving young people aspiration, but also addressing common challenges faced by disadvantaged young people, including poor health and educational outcomes.

However, the members lamented that this work goes unrecognised and unrewarded by Government and its sporting agencies. In particular, the Parliamentarians condemned the fact that elite level funding for basketball was withdrawn altogether by UK Sport earlier this year, threatening the ability of Team GB teams to compete in international competitions like the FIBA Eurobasket Championships, which Team GB's women's squad qualified for at the end of June, and therefore reducing the visibility of basketball role models to inspire young people to participate.

Combined with the historically low levels of funding for grassroots basketball programmes by Sport England compared to other sports, the report warns that basketball will continue to fail to live up to its potential unless funding decision-making processes and success measures are updated.

The 15 recommendations outlined in the report include:

Sharon - pictured above presenting a copy of the report to Culture, Media and Sport Secretary Sajid Javid MP, said: "I already knew from the great work Newcastle Eagles do in schools and communities around here that basketball is special, but none of us could have foreseen the scope and breadth of the work being done across the country, nor the extent to which the lives of young people, particularly the most disadvantaged, are being transformed."

"Unfortunately, however, the potential that basketball has to change many more lives is not being tapped into by Government. While inaccessible and individual sports get millions, inclusive, socially valuable team sports like basketball continue to see their funding slashed, closing down opportunities for young people to get involved. That just can't be right."

"Getting a few dozen medals at the Olympic games is great, but surely improving the life chances of countless thousands of young people should be a much higher priority for public money. We need a radical rethink about how we fund sport in the UK, and I hope that's what this report will lead to."