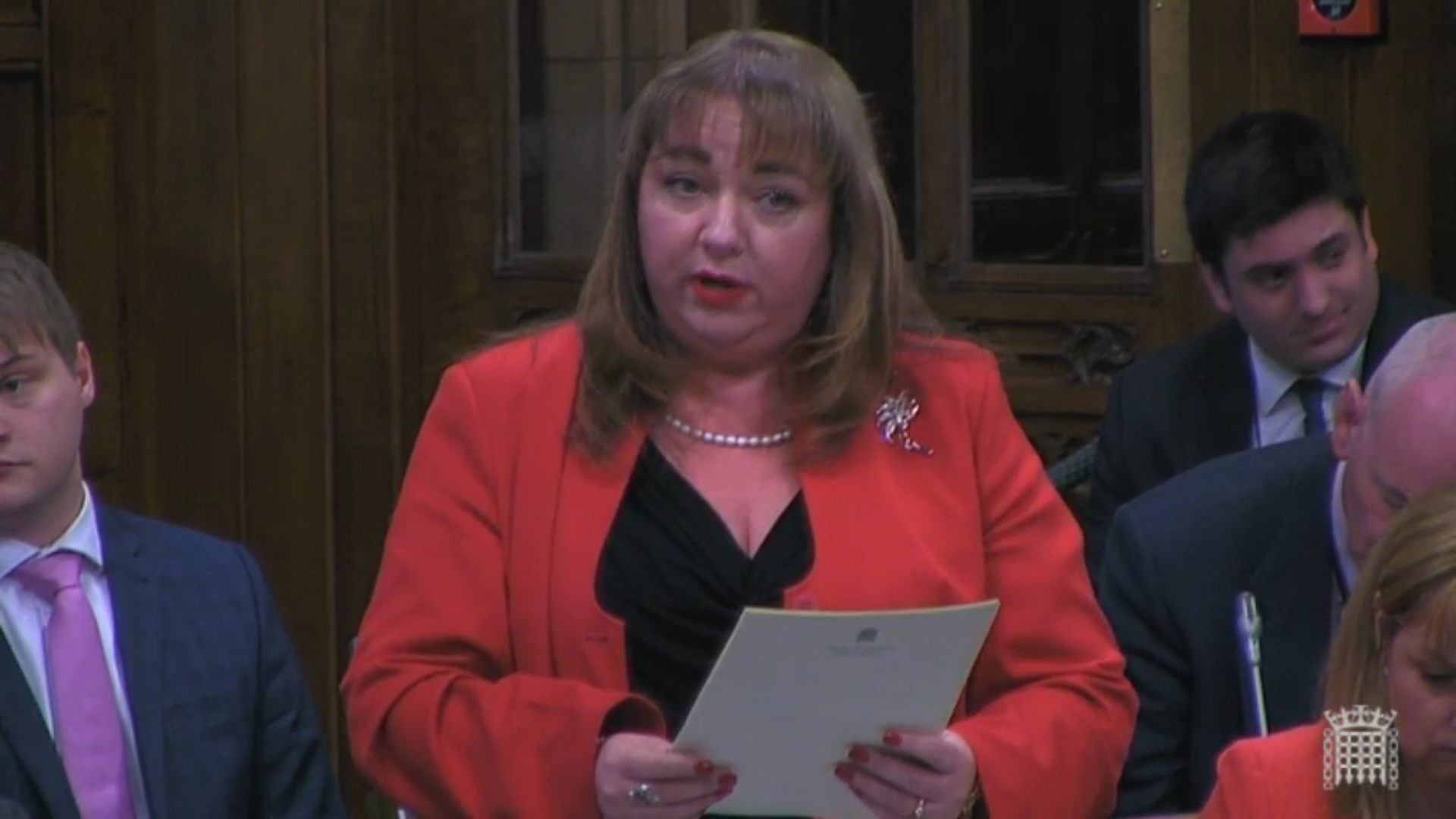 Following the decision by the House of Common's Petitions Committee to debate the Brain Tumour Research petition, which 132 of Sharon's constituents had signed, and a number of on-going cases with constituents regarding treatment of brain tumours, Sharon took part in the debate in Westminster Hall to highlight two of these cases along with the need for better funding of research to ensure patients receive the best treatment and care possible.

I start by thanking the Petitions Committee for introducing this important debate and commending my hon. Friend the Member for Warrington North (Helen Jones) for her excellent opening speech, in which ​she eloquently made the case on behalf of the 120,129 citizens who have signed the online petition. I also commend the hon. Member for Castle Point (Rebecca Harris), who is the chair of the all-party group on brain tumours, for her leadership on the issue and her very emotional speech, which I thank her for.

Over the years, I have had to deal with a number of individual cases, as I am sure other hon. Members have. Currently, I have three, and 132 of my constituents have signed the online petition. The response from our constituents on the issue is not surprising when we realise that, as we have just heard, malignant brain tumours are the biggest killer among all types of cancer of people under the age of 40 and of children.

Also, survival rates for brain tumours have not improved in the last 30 years; if anything, on some measures they have got worse. Currently, only 40% of patients will live for more than a year after diagnosis and less than 20% will survive for more than five years. However, as we have heard, despite those shocking figures, cancer research funding into brain tumours amounts to little more than 1% of the spend on cancer research. Due to the chronic and continuous underfunding of brain tumour research, there are clear knock-on effects to the services and treatments that patients access and receive. If we continue to limit the potential progress that properly funded research might make, those outcomes will never improve. That probably explains the 30-year plateau that I have just highlighted.

As with all cancers, early detection is key to boosting survival rates. That is why it is so dismaying to find that brain tumours are not included in the Government’s Be Clear on Cancer campaign. Early diagnosis not only helps to prevent avoidable death, but can relieve the stress on a patient’s life, as one recent case brought to my attention by a constituent exemplifies. After visiting their local GP twice about feeling generally unwell, my constituent was told that they had all the classic signs of stress and they were prescribed antidepressants.

My constituent, Rita Magorrian, got in touch with me about her granddaughter, Helen, who collapsed just before Christmas with a brain tumour. Helen had been to see her GP several times and had been told her problems were down to stress, but she had also been to see her optician and was told the same. As well as considering further training for GPs, does my hon. Friend agree that we need to widen the process to include opticians

That is an excellent point, well made, and I thank my hon. Friend for it.

Two days later, when my constituent lost all strength on the left side of their body, they went straight to A&E, where it was eventually found they had three brain tumours. After receiving brilliant treatment by NHS staff and support from the Bobby Robson centre in Newcastle, thankfully my constituent is now in remission. However, that case clearly shows the need for improved awareness, as the situation would have been better if the GP had been able to spot the signs of a brain tumour sooner. We in the north-east have an excellent research facility in the Bobby Robson centre, but there are always concerns about its future, as it depends greatly on legacy and charitable donations.

​It is also important that research considers the needs of patients. According to studies by Brainstrust, patients believe that more research and funding must focus on the quality-of-life issues, such as function and symptom relief, to help to improve life after diagnosis, whether the diagnosis is terminal or not.

That is reflected in the case of another of my constituents, Malcolm, who was given a terminal diagnosis of a glioblastoma multiforme, or GMB, 4 brain tumour. Despite being told by his doctor in the north-east that he was too sick for further treatment, Malcolm, along with his family, sought out specialists in London. He took the difficult and expensive decision to self-fund the life-extending drug, Avastin, which, although licensed for use in the treatment of some other cancers, was not available on the NHS for use in his case.

Malcom is due to receive another dose of Avastin, but he wants it to be administered locally and is unable to find an oncologist in the north-east who is able to do so, even privately, so Malcolm is faced with either travelling up and down to London for that treatment every two weeks, or perhaps up to Scotland, or to Leeds or Manchester. Although Malcolm has responded well to the Avastin treatment, more options need to be available to people in his position, with treatments to improve the quality of life and, where possible, to extend life. However, that is all for nothing when there is a clear postcode lottery on access to specialists and services, as seen by Malcolm and his family.

The chronic underfunding of research into brain tumours is clearly having an impact on the lives of those who are diagnosed with brain tumours, and that cannot and should not go on any longer.