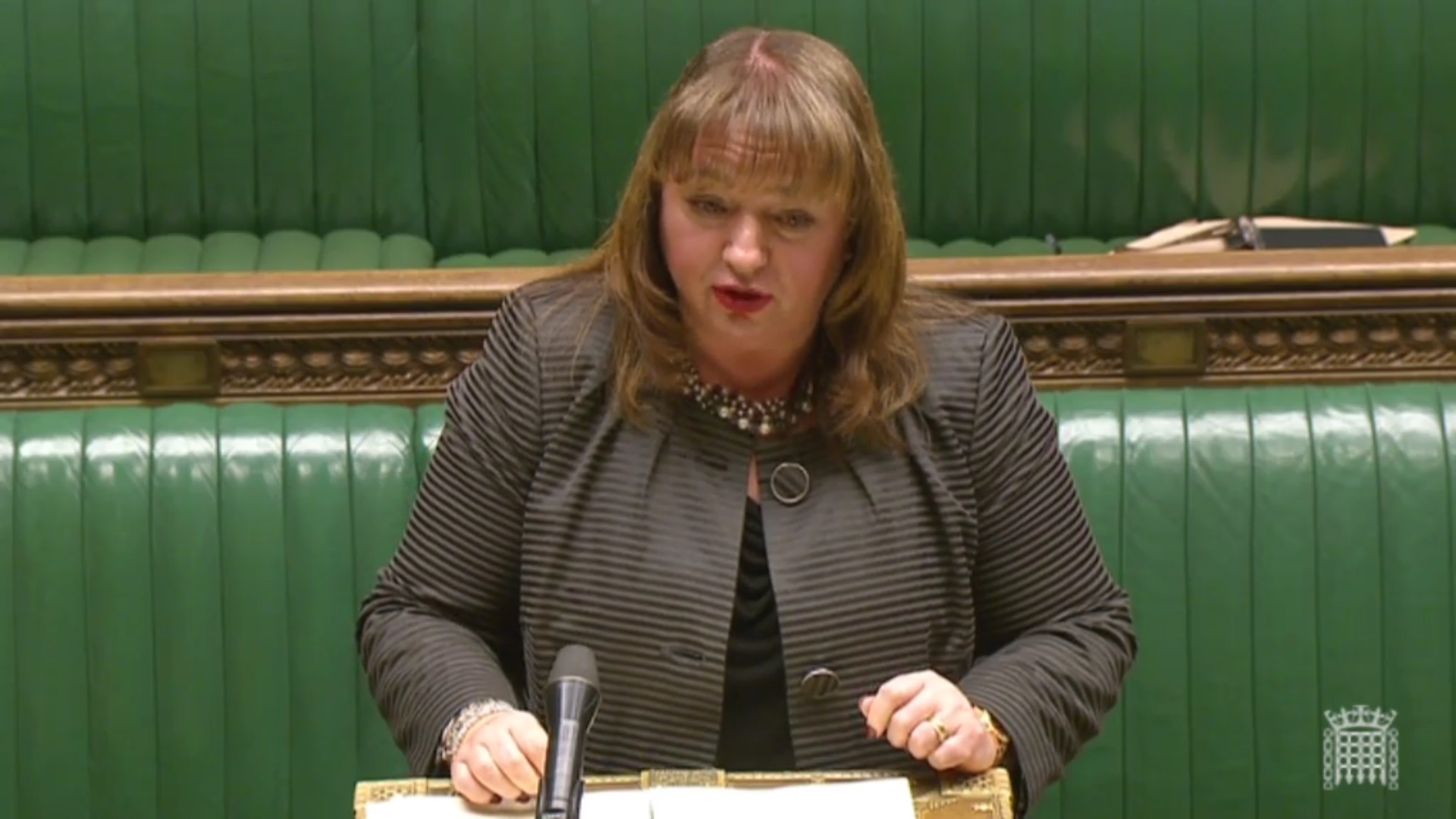 As Shadow Children's Minister, Sharon spoke on behalf of the frontbench on how best we can help prevent children entering the care system and keep families together through better early intervention and prevention programmes and more support on offer to kinship carers, extended family members who look after children.

Mrs Sharon Hodgson (Washington and Sunderland West) (Lab): I thank the hon. Member for Telford (Lucy Allan) for securing this debate. It has been a short, but very thoughtful one. Our attention has rightly been focused on how we can best help and support struggling families and prevent children from entering the care system.

This debate is timely, given the research published at the end of last year by the University of Lancaster. The research found that one in four women return to the family court after previously having a child removed by court order, and that the number of new-born babies subject to care proceedings has doubled during the past five years. Those findings are backed by the Department for Education’s own figures, which show that the number of children in care has reached its highest since 1985. The total population of children now in the care system is 69,450.

The significant increase in the number of children entering the care system is seen by many, including the Education Committee’s report on child protection in 2012, as a reaction to the tragic death of Baby P in 2008. That is supported by figures showing that the majority of children enter care due to neglect or abuse. This tells us that more must be done to support parents at the earliest opportunity to avoid situations such as those of Daniel Pelka, Baby P and the many other high-profile cases about which we have heard in recent years.

We must have a serious rethink about the current strategy to support families and about how the huge social, personal and economic costs of children going into care can be avoided. Although it cannot be denied that there are circumstances in which the best-case scenario for a child may be to be taken into care, based on the risks of remaining in the family home, that does not mean that we as a society should not feel ashamed of this failure to support all families.

There are two areas that the Government must consider when it comes to reducing the number of children entering the care system—a more comprehensive early intervention and prevention strategy, and improving the support on offer to kinship carers.

There is an old African proverb with which I am sure all hon. Members are familiar: it takes a whole village to raise a child. That reminds us of our collective duty to offer support and help to those families who need it the most. When abuse and neglect are cited as the main reasons for a child being taken into care, it is clear that comprehensive early intervention and prevention programmes are needed to reduce the threat of a child’s abuse or neglect in the family home and to avoid the eventuality of a child being taken into care.

Addressing issues about nurture and early family life is championed in “The 1001 Critical Days” manifesto. The all-party group of much the same name is steered passionately by the hon. Member for East Worthing and Shoreham (Tim Loughton). He was in the Chamber earlier, but he is not in his place at the moment. The manifesto calls for more support to be given to families to help nurture and support a healthy family environment for children to grow up in. I hope that the Minister has had the chance to read this excellent manifesto. If not, I am sure his hon. Friend will send him a copy of it forthwith.

A National Audit Office report in 2014 cites one of the previous Labour Government’s greatest achievements, Sure Start children’s centres, as a key measure to help to reduce the number of children entering care. The family-focused vision of Sure Start centres brings together specialists, professionals and practitioners to provide parents with vital information on how to overcome the struggles of being new parents and how to cope with challenging family circumstances in order that they do not fall apart and descend into situations in which a child may be removed from the family home. However, according to an investigation last year by the Children’s Society and the National Children’s Bureau, cuts to Whitehall budgets have meant that overall spending on early intervention programmes has fallen by 55%, or £1.8 billion, since 2010.

The short-sightedness of cutting early intervention budgets is detrimental to the vision all hon. Members share, but which was laid out full well in “Early Intervention: The Next Steps”, the seminal report from 2011 by my hon. Friend the Member for Nottingham North (Mr Allen). He highlighted the top 19 intervention programmes as a blueprint for government. The top of the list was the excellent family nurse partnership programme, which was piloted and which has since been rolled out a little—it needs to go much further to become universal.

Since 2010, almost 800 Sure Start children’s centres have closed. Many more are mere shells of their former selves—the “caretaker and bottle of bleach” model, as I like to call it, means that they are classed as open but not quite as we know it. The Government are sifting through the responses to their consultation into the future of Sure Start centres. In the light of the lack of progress since the my hon. Friend’s report, it is concerning that the hollowing out of Sure Start centres and the devastating cuts to intervention programmes that families rely on, such as parenting classes, drug and alcohol abuse support, and domestic violence services, have not been cited as causes when trying to understand the increase in children entering the care system.

Although a push for greater early intervention schemes is vital to addressing the increase in children entering the care system, there will still be situations when children must, sadly, be removed from the family home for their own safety. When a child is placed into care, all efforts must be made to ensure that they are safely placed with extended family members in a kinship care arrangement where possible, instead of within the care system.

It is estimated that 200,000 children are being raised by kinship carers across the UK. A significant number of children are being looked after by their grandparents or other relatives, but there has been little development in Government support for kinship carers that mirrors, for instance, recent announcements on adoption. Allowing a family member to care for a child instead of that child going into residential or foster care is important for the development of the child, but it can also help to reduce the strain on local children’s services, the budgets of which have been devastated by cuts. That does not mean that kinship carers should be seen as a cheaper option for providing care to children but, as my right hon. Friend the Member for Kingston upon Hull West and Hessle (Alan Johnson) made clear in his speech, kinship carers save the country millions upon millions of pounds by providing care to their kin.

Many kinship carers become so due to emergency circumstances, which means that the costs for raising that child, such as the immediate cost of providing a bed for the child to sleep in, clothes to wear and uniform for school, are not factored in to their household budgets. That is exacerbated when kinship carers must give up their jobs to look after their kin. The largest survey of kinship carers last year found that 49% of respondents had to give up work permanently. An analysis of the 2011 census found that 76% of children living in kinship care were living in deprived households.

The lack of joined-up thinking is laid bare when the same kinship carers who were told to give up their jobs are chased by the Department for Work and Pensions or ATOS and sanctioned for not looking for work, as my right hon. Friend said. I am gravely concerned about how both kinship and foster carers will fare when the Government’s proposed two-child policy comes into force. I echo what he said and plead with the Minister for exemptions for both kinship and foster carers if that policy goes ahead. That is why it is so important that the Government explore how the financial costs of being a kinship carer can be alleviated by allowing better access to funds and entitlements that are already available to adopted or foster children, who share similar adversities to children in kinship care, so that their development is not hindered or regressed.

The Government must also look at the process of placing a child with a kinship carer. Although new guidance for local authorities published last year is helpful in calling for more identification of potential family carers, there is still no statutory duty on local authorities to explore those options. That means that many local authorities look into kinship care only after a child is placed in the care system, causing avoidable upheaval for the child and the extended family.

There is a duty on all of us to ensure that every child, no matter what their circumstances, has a safe and nurturing home in which to spend their childhood. However, that is clearly not the case for tens of thousands of children who are currently in care, but who could have avoided entering the system in the first place. Continuing to fail those children is not an option. We cannot fail them; we are their village and we need to help raise them. I hope that the Minister realises that this is his moment to really make a difference to the lives of some of the most vulnerable children in our society. I hope that he makes it count.