As Shadow Minister for Public Health, Sharon responded to a Westminster Hall debate on the elimination of Hepatitis C. NHS England have a target of eliminating the virus by 2025. During her speech, Sharon welcomed this target but also highlighted the challenges that need to be tackled before then. 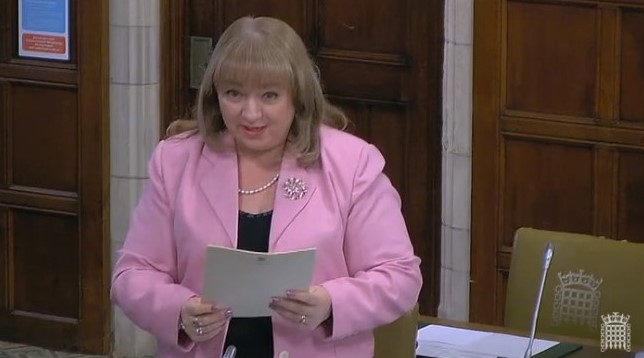 It is a pleasure to serve under your chairmanship, Mr Streeter. I thank the hon. Member for Southend West (Sir David Amess) for securing this important debate and for the work that he has done as co-chair of the all-party group on liver health for many years, as well as for his excellent opening speech today. My hon. Friend the Member for Ealing, Southall (Mr Sharma), a vice-chair of the all-party group, is not in his place today, but I pay tribute to him for the work that he has done to raise awareness of this issue. I thank the hon. Members for Strangford (Jim Shannon) and for Central Ayrshire (Dr Whitford) for their excellent contributions and I thank the hon. Member for Central Suffolk and North Ipswich (Dr Poulter) for his interventions.

Finally, I thank Professor Steve Ryder, whom I met earlier this year, for his expert briefing and for the obvious passion that he has for eradicating hepatitis C in this country as soon as possible. I also pay tribute to the Hepatitis C Trust and the Hepatitis C Coalition for the work that they do.​

I welcome NHS England’s ambitious commitment earlier this year to eliminate hepatitis C by 2025, five years ahead of the World Health Organisation’s target. Healthcare professionals and experts are confident that hepatitis C can be eliminated, notwithstanding everything we have heard today about the cap on the treatment. Today is the first time I have heard about that, but I am sure the Minister will respond to the issue in his remarks soon. I remain concerned about some of the challenges that need to be faced by 2025 if the target is to be achieved.

Hepatitis C, as we have heard, is a hidden disease with patients experiencing few or no obvious symptoms for many years, but its long-term effects can cause severe liver damage if it goes untreated. Across the UK, around 214,000 people are infected with hepatitis C, but I understand that 40% to 50% remain undiagnosed. That huge percentage of people going undiagnosed is one of the biggest challenges to eliminating this virus—we cannot treat people if we do not know who they are. As Professor Paul Klapper and Pam Vallely of Manchester University ask in an article published this year,

“how do we identify those who are infected so that they can be guided into treatment and care?”

As I, and many others, have mentioned today, hepatitis C is a hidden disease. People may be completely unaware that they are living with the virus, and at risk of unknowingly passing it on to those around them. Although awareness of hepatitis C is gradually improving, low awareness and stigma remains a challenge to ensuring that as many people as possible are tested, diagnosed and treated.

Levels of stigma and poor awareness are particularly high among at-risk groups, such as former or current drug users, or those who do not access conventional healthcare facilities, possibly because of fear of being challenged or stigmatised. How will the Government ensure that those at-risk groups are reached—not only for testing but for continued treatment? Again, this is where the cap will come into things; as more people come forward and are diagnosed, we must be able to treat them.

People need continued support throughout their treatment to ensure that they complete the course of medicine—if they do not, it is just a waste of time and money. Will the Government provide extra support to at-risk groups to ensure that that happens? An effective way of raising awareness and breaking down the stigma of hepatitis C is to introduce peer-to-peer messaging programmes for at-risk groups. Such a provision could be increased in settings such as drug services and prisons, and would mean that there will already be an understanding and relationship between the two parties. Has the Minister made any assessment of the role that a peer-to-peer programme might have in achieving the goal of eliminating hepatitis C by 2025?

Although at-risk groups make up a huge proportion of those living with hepatitis C, people who do not consider themselves to be at risk also pose a challenge to the 2025 target. As we have heard, Anita Roddick from The Body Shop was one of those who would not have been in an at-risk group, and she would have had no way of knowing that she was infected with hepatitis C. The excellent all-party group on liver health stated that​

“A high-profile, Government-backed awareness campaign should be considered, and awareness messaging should be targeted through novel channels at those who may not consider themselves to be ‘at risk’.”

Do the Government have any plans to support Public Health England in raising awareness of hepatitis C among the wider general public, and what format might that campaign take?

Crucially, awareness among primary care professionals should be increased through targeted testing initiatives in primary care, with additional resources and support for primary care workers. If we are to eliminate hepatitis C, we must seize the opportunity when people are already having blood taken—tests for HIV for example, or when bloods are taken in A&E—and test them for hepatitis C. Testing should become routine in substance misuse services, sexual health clinics and prisons, and it must also increase in primary care and community settings, such as hostels, daycentres and police custody. The prevalence of hepatitis C among the prison population is four times that of the population as a whole. If the amount of people tested increases, we will be closer to identifying the 40% to 50% of infected people who are living with it unknowingly, and we will be one step closer to eliminating the virus.

A big step in recent years has been the development of a new class of drugs—direct-acting antivirals or DAAs—that has revolutionised the treatment of hepatitis C. The drugs no longer carry the toxicity or side effects of previous treatments, and the short treatment courses effectively cure the infection in a high percentage of cases. Once patients are diagnosed, however, it is crucial that they are treated immediately, because the time between diagnosis and starting treatment poses the greatest risk of patients dropping out of the care pathway.

For example, a prisoner who is diagnosed and treated while in prison but who is then released might not continue with the treatment and could be at risk of infecting others, as well as of not being cured. What mechanisms will the Government put in place to ensure that those who begin their treatment can finish it, regardless of any change in circumstances? Quicker referrals are also needed to simplify the process of linking people into care. Currently, some secondary care services will only accept referrals for treatment from GPs. The all-party group on liver health recommends that referrals for hepatitis C treatment should be accepted from any service where someone might receive a test and be diagnosed. Has the Minister made any assessment of that recommendation?

Finally, I move on to prevention. If we are to eliminate hepatitis C—we all want that to happen—we must ensure that the number of new infections falls. Substance misuse services and sexual health clinics have a crucial role in that, but their funding has consistently been cut by the Government. The King’s Fund estimates that spending on tackling drug misuse in adults has been cut by more than £22 million compared with last year, and funding for sexual health services has been cut by £30 million compared with last year. What role do the Government expect such services to play in the elimination of hepatitis C, given such finite funding and resources? Those services provide not only a testing service, but an educational one that could help reduce reinfection rates—a further challenge to the elimination of this virus. ​

I am sure the Minister will agree that serious challenges lie ahead in meeting our ambition to eradicate hepatitis C by 2025. All those challenges need to be addressed—not only to meet NHS England’s target, but to ensure that this potential public health crisis is averted. I look forward to hearing the Minister’s response on how the Government plan to tackle those challenges in the months and years ahead.