In her capacity as Shadow Minister for Public Health, Sharon responded to a Westminster Hall debate on extending the HPV vaccination to boys. 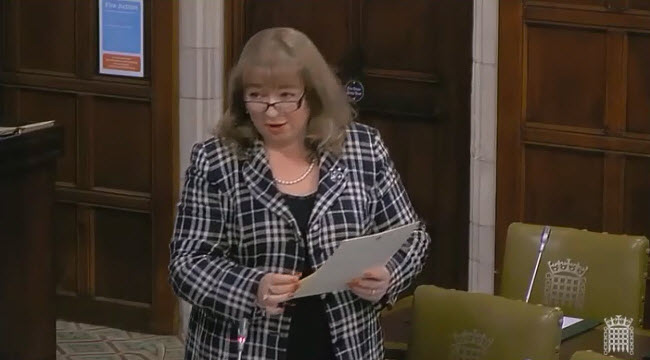 In her speech Sharon outlined that the vaccination, which is currently given to girls aged between 11 and 13, would also be beneficial to men. Sharon argued that HPV is not gender-specific, and therefore neither should the vaccination programme.

It is a pleasure to serve under your chairmanship, Sir Henry. I thank the hon. Member for North Thanet (Sir Roger Gale) for securing this important and long-awaited debate, and for speaking with such knowledge and passion. I also thank the hon. Members for Henley (John Howell), for Worthing West (Sir Peter Bottomley) and for West Dunbartonshire (Martin Docherty-Hughes) for their contributions. Although we are few in number, due in no small part to the local elections, that has been more than made up for by quality.

As we have already heard, 70% to 80% of sexually active women and men will acquire HPV at some point in their lives. Most healthy people will be able to clear the infection out of their system and will never know that they had been infected, but 3% to 10% of cases lead to serious health conditions. HPV is a major cause of cancers in men and women, and accounts for 4.8% of the estimated 12.7 million new cancer cases occurring annually among men and women worldwide.

Since 2008, girls aged between 11 and 13 in the UK have been offered the HPV vaccination. My daughter was in the first cohort. As a parent, I was a bit anxious when the new vaccination was rolled out, but I need not have been. The vaccination programme has been mostly successful, with a high uptake of about 85% nationally, and it has made an important contribution to reducing the burden of infection in young women in the UK.

However, there are significant regional differences in the uptake of the vaccination, with the lowest level of uptake of two doses at 48.3% in my region, in Stockton-on-Tees, compared with the highest level of uptake in East Renfrewshire at 95.6%, which is astonishingly high. What steps will the Minister take to address those regional inequalities in the vaccine uptake? How does he expect a herd immunity philosophy to apply in areas such as Stockton in the north-east, where uptake is so low?

It is clear from the ever-growing evidence that it is time to extend the HPV vaccination to boys. The Joint Committee on Vaccination and Immunisation believes that the high uptake in girls protects enough males and makes it cost-ineffective to vaccinate boys too, but that short-sighted view protects only heterosexual men who come into sexual contact with a woman who has been vaccinated, and leaves out a significant proportion of the population. Despite the high uptake among young girls, a heterosexual man still has a one in seven chance of meeting an unvaccinated woman in a sexual encounter.

In addition, as we know, sexual health services are at a tipping point after demand for them increased by one quarter in the past five years, but at the same time, spending on them was cut year on year. Offering the vaccination in a sexual health clinic adds to the ever-growing demand on those services, but still excludes a significant proportion of the population and is far too late for some men.

The optimum age for the HPV vaccination to work is around 12 or 13 years old, when boys are unlikely to attend a sexual health clinic or may not be aware of, or willing to declare, their sexual orientation. The only solution to the problem is to offer the vaccine to both girls and boys while they are still at school and not sexually active. That will protect girls and boys from preventable disease.

HPV Action estimates that more than 2,000 new cases of HPV-related cancers are diagnosed each year in men in the UK. Like me, the Minister is passionate about reducing the incidence of cancer in this country. Extending the HPV vaccination programme to boys would be a step forward in doing that.

In response to a written question earlier this year, the Minister stated that the Government do not have an estimate of the number of boys and men each year who are left unprotected against HPV because of a lack of direct or herd immunity. However, HPV Action estimates that, with each year that passes, another cohort of almost 400,000 boys is left unvaccinated and potentially at risk of HPV infection and the diseases it causes. As the briefing I received from the Terrence Higgins Trust says:

“When we have a vaccine that can provide effective protection against such illnesses, it is unacceptable to maintain that vaccinating only one half of the population is sufficient to stop preventable ill health.”

HPV is not gender specific, so the vaccination programme should not be gender-specific either.

This is not a new philosophy. In fact, 14 countries are already vaccinating boys against HPV, or they will be soon. They include Australia, Austria, Bermuda, Brazil, Canada, Croatia, the Czech Republic, Israel, Italy, New Zealand, Norway, Serbia, Switzerland and the US. Compared with their international peers, therefore, boys in the UK are at risk of being disadvantaged.

This is an opportunity for us to play a leading role globally in the elimination of cancer caused by HPV, but we are at risk of letting that opportunity slip away. Since 2013, the JCVI has been reviewing whether to extend the HPV immunisation programme to boys. However, the publication of a final decision has been deferred twice. The thousands of boys who go unvaccinated each year cannot afford to wait any longer and the JCVI must make a decision this year, preferably when they meet next month. I therefore urge the Minister to work with the JCVI as it comes to make its decision, so that both genders can be protected from these preventable diseases.