As Shadow Minister for Public Health, Sharon responded to a Westminster Hall debate on the mandatory fortification of flour with folic acid to prevent spina bifida and anencephaly.

During her speech, Sharon raised concerns about the number of women who may not know that they need to take folic acid before pregnancy, and asked the Minister what steps his Department are taking to ensure that women are made aware of this. 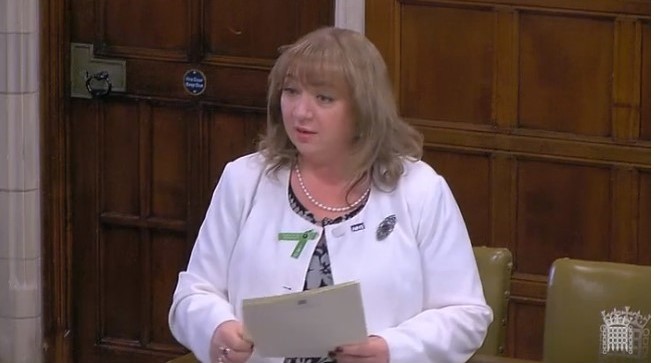 It is a pleasure to serve under your chairmanship, Mr Hanson; I think it is the first time I have had such a pleasure.

I thank my hon. Friend the Member for Pontypridd (Owen Smith) for securing the debate and for his eloquent speech. As always, he showed his knowledge and passion on this important topic. I also thank the hon. Member for East Kilbride, Strathaven and Lesmahagow (Dr Cameron), who speaks for the Scottish National party and mentioned that the Scottish Government have looked at this policy and, as I understand the situation, concluded that it was impossible to bring in fortified flour on a Scotland-only basis because of the fluid nature of the UK food industry and the very fluid nature of flour. I therefore think it is definitely time that the UK Government looked at this issue again.

I thank the right hon. Member for Belfast North (Nigel Dodds) for his brave and personal speech, and I thank my hon. Friend the Member for Newport East (Jessica Morden) and the hon. Members for Cumbernauld, Kilsyth and Kirkintilloch East (Stuart C. McDonald) and for Strangford (Jim Shannon) for their excellent contributions to the debate. Finally, I add my thanks to my hon. Friend the Member for Redcar (Anna Turley), who raised this matter last week during Health and Social Care questions.​

Incidentally, this was something that I was aware of when I was having my children 25 years ago. We think things have moved on, but my young researcher in my office said that she only found out about it when she was researching for this speech. So, the message is not out there—not everybody knows this information. The voluntary approach means that, more often than not, those who do not need the supplements will take them, whilst those most at risk will miss out. Young mothers and those from the most socioeconomically deprived areas are least likely to take supplements. What steps are the Government taking to ensure that these groups of women are included and reached?

I am sure that it will not come as a surprise to the Minister that as many as 40% of pregnancies are unplanned, and that means that many women will not have been taking supplements during the crucial phase, just before or just after conception. It therefore makes sense for flour to be fortified with folic acid, to ensure that women get the nutrients that they need in order to reduce the risk of NTDs. That already happens in over 80 countries worldwide, including the United States, Canada and Australia.

Currently, no countries in the European Union fortify their flour with folic acid. However, there is no legislation preventing any of them from doing so. Given the UK’s research on this matter, I believe that they are waiting for us to lead the way, and as we have heard, I believe Scotland is probably doing just that. Why are the Government not therefore taking the opportunity to lead the way and reduce NTDs, not only in the UK but, in turn, across Europe? I understand and sympathise with concerns about adverse effects that this may have on the population. However, there really is no evidence to suggest that from other countries that have fortified their flour with folic acid for many years.

I also note the response of the Parliamentary Under Secretary of State for Mental Health and Inequalities from Health and Social Care questions last week:

However, the modelling undertaken by Food Standards Scotland in 2017 indicated that fortification at the recommended levels, with a capping of voluntary fortification and supplements, can achieve the reductions in NTD risk without increasing the number of people consuming the upper recommended limit. Has the Minister made any assessment of that finding, and could he stipulate where his advice is from? Finally, has the Minister’s Department made any assessment in the last five years of the benefits of fortifying flour with folic acid?​

From this afternoon’s debate it is clear that there are benefits to the mandatory fortification of flour with folic acid. I really do hope that the Minister will take all of this away with him today back to his Department and reconsider this policy—unless, of course, he is going to announce that he is going to fortify flour forthwith.