On Wednesday 26th February, Sharon received a response from the Government to the petition she presented on 21st January about the gasification plant at Hillthorn Park. 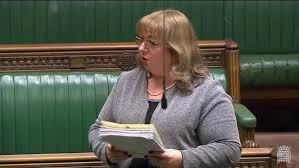 You can read Sharon's speech and petition here >

You can read the Government response below:

The application referred to is now the subject of a planning appeal to the Secretary of State. The appeal inquiry opened on 18th February 2020 and it was attended by approximately 250 people. Before any evidence was heard, the main parties submitted an application to the Inspector to adjourn the inquiry to allow time for confidential commercial negotiations to take place the outcome of which was expected to be the withdrawal of the appeal. The request was endorsed by all objectors and by the MP who was present. The Inspector found the application represented exceptional circumstances and agreed to the request. The inquiry will resume on 18th June 2020 if the negotiations falter and the appeal is not withdrawn before then.

The Planning Inspectorate has received a request from Sharon Hodgson MP that the appeal be recovered by the Secretary of State on the grounds that it conflicts with national policies on important matters and raises significant questions regarding the interpretation of those policies for RDF-based gasification plants. The Secretary of State will consider and respond to this request as soon as possible.

Whilst the Government recognises the opposition to the planning application/appeal, it would not be appropriate to comment further on the eventual decision as to do so could prejudice the Inspector’s, or Secretary of State’s (if the appeal were to be recovered), consideration of the appeal prior to having heard and then considered all the evidence, both for and against the proposal.

You can read Sharon's work on this issue here >