On behalf of the Opposition, Sharon responded to a Backbench Business Debate entitled Invisible Disabilities and Accessibility Challenges. 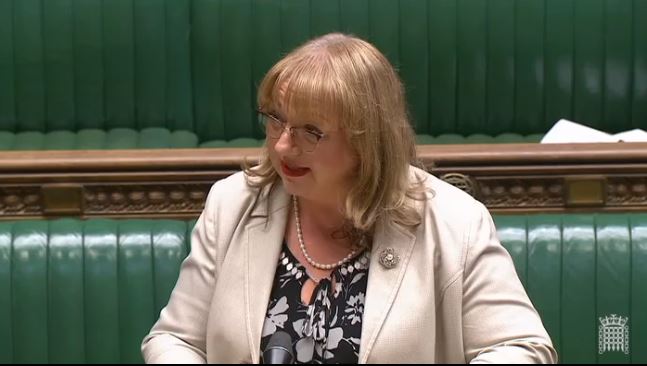 This has been a fantastic, high-quality debate. It is a shame that the attendance was a bit—[Interruption.] Yes, it is quality over quantity, which is what we tend to find at the moment. Perhaps other things are going on and focusing minds elsewhere. I would like to begin by thanking my hon. Friends the Members for East Lothian (Martin Whitfield) and for Newport West (Ruth Jones) for securing the debate and for their excellent and passionate opening speeches. They both mentioned Grace and her “have a heart” campaign. That is a fantastic example of a lived experience-led campaign, and they are often the most powerful and successful. I join my hon. Friends in commending Grace and her campaign, which I wish widespread success.

At this juncture, I also want to mention the Changing Places campaign, which I have been involved with in my constituency on behalf of a constituent whose son has spina bifida. I was shocked to find out how few facilities there are across my constituency; no doubt the same applies to all constituencies.

I thank all hon. Members who have taken part today, including the hon. Members for Chatham and Aylesford (Tracey Crouch) and for Ayr, Carrick and Cumnock (Bill Grant)—[Interruption.] I am going to crucify all these constituency names with my Geordie accent. I also thank my hon. Friend the Member for Ellesmere Port and Neston (Justin Madders)—I just about managed that one—and the hon. Member for Cheadle (Mary Robinson), as well as the hon. Member for Lanark and Hamilton East (Angela Crawley), who spoke for the SNP. I thank them all for their excellent speeches.

Members may have noticed that I am not a Department for Work and Pensions shadow Minister—I am shadow Public Health Minister—but I am happy to be closing this debate on behalf of my hon. Friend the Member for Battersea (Marsha De Cordova). I do chair the all-party parliamentary group on dyslexia and other specific learning difficulties. Those are also, of course, invisible disabilities; I shall come back to that aspect later.

As we have heard, in the last census, one in five people in the UK reported having a disability or limiting long-term health condition. The vast majority of disabled people have hidden impairments not immediately obvious to others—neurodiversity, Crohn’s disease, colitis, dementia, arthritis, or mental distress and energy impairment conditions such as myalgic encephalomyelitis, or ME, and chronic fatigue syndrome, to name but a few.

According to Scope, nearly half the British public are not aware that they even know someone who has a disability. People with invisible impairments face attitudinal ​barriers in every part of their lives, from accessing public toilets to using disabled parking bays, but I will concentrate mainly on education, access to social security and employment.

People with invisible disabilities often face significant exclusion and stigma in education. For example, the lack of awareness of autism in schools affects autistic students at every level. As a result, fewer than half of children and young people on the autism spectrum say that they are happy in education. SEND provisions are woefully inadequate and have been devastated by brutal cuts to our schools and sixth forms, worth £2 billion per year.

What assessment has the Minister made of the impact funding cuts have on children with autism and their ability to stay in mainstream schools? The issue is about accessibility and access to the curriculum. Autistic children are sometimes forced to wait for more than a year for the SEND support that they need, and just one in 10 parents is satisfied by the education, health and care plan for their child. As I know, children with dyslexia and other specific learning difficulties experience that, too: my son is severely dyslexic, and as I mentioned earlier, I am the chair of the APPG on dyslexia and other specific learning difficulties.

Earlier this year, our group released a report entitled “The Human Cost of Dyslexia—the emotional and psychological impact of poorly supported dyslexia”. It outlined the ways in which missed or poorly supported dyslexia during education has made such children feel stupid, unvalued by society, guilty—as if the problem was their fault—and disinterested in education. The implications can lead to under-achievement at every level of education, in careers and work life thereafter and, at the extreme end, to disengagement from society. That is reflected in the fact that there are proportionately more people with dyslexia in the criminal justice system than among the general population. The same can be said for a number of SEND conditions.

Unfortunately, the issues faced by people with invisible disabilities during childhood do not disappear but actually worsen in adulthood. The employment gap between disabled people and non-disabled people is 30.1 percentage points and has remained just above 30 percentage points for the past decade. This is something that the last Labour Government were trying to tackle. We had the Valuing People Now partnership boards—before he had to dash to a meeting, my hon. Friend the Member for Gateshead (Ian Mearns) told me that he chaired the successful board in Gateshead—but, sadly, the coalition Government scrapped them in 2012. Three years later, in 2015, the Government pledged to halve the disability employment gap to 15 percentage points. [Interruption.] The Minister is getting frustrated.

The Minister for Disabled People, Health and Work (Justin Tomlinson):

Does the hon. Lady not welcome the fact that just short of 1 million more disabled people were in work in the past five years alone and that for the first time ever, which I emphasise, more than half of disabled people are now in work? We have made significant progress. There is much, much more to do, but we are in a significantly better position than we were in 2010.

I am sure the Minister will be making all those points in his contribution.

The Government pledged to halve the disabled employment gap to 15 percentage points in 2015, but the 2017 Conservative manifesto set a new target to get an extra 1 million disabled people into work by 2027, which is a much downgraded commitment. If that is not the case, will the Minister please clarify the Government’s target and update us on the progress on closing the employment gap? The National Audit Office released a damning report concluding that the DWP lacks any clear measures to support disabled people into work. [Interruption.] It is about accessibility. I cannot see how it is not about this debate.

What will the Government do to ensure that clear measures are put in place to support disabled people, including those with invisible disabilities, into work? A recent TUC survey found that more than two thirds of respondents say there is more stigma for disabled people when their impairment cannot be seen by others in the workplace.

For example, people with autism often face significant stigma and difficulty in work. According to the National Autistic Society, just 16% of autistic adults are in full-time employment, compared with 80% of non-disabled people who are in work in the UK. The vast majority of autistic people face a hostile environment in the labour market, and there is an appalling lack of understanding of autism among jobcentre staff, disability employment advisers and some employers. The same goes for the police and the criminal justice system, which can lead to autistic people being wrongfully arrested when their only crime is being autistic. What will the Government do to ensure better understanding of autism across society?

The Government’s Disability Confident scheme lacks any credible performance measures to ensure that employers support disabled people into work, and it is possible to reach level 3 accreditation without actually employing a single disabled person. Is that something the Government will review?

People with fibromyalgia, which as we have heard is an invisible disability affecting up to 1 million people in the UK, also fall victim to barriers in the labour market. Under this Government, fibromyalgia sufferers face a lack of proper understanding of their condition, as we heard from my hon. Friend the Member for Ellesmere Port and Neston, as well as a lack of vital in-work support. Only 63% of people with musculoskeletal conditions are in work, with many forced out of work by the difficulties of daily life due to their invisible disability.

The Access to Work scheme could play a vital part in ensuring that employers provide valuable reasonable adjustments in the workplace for people with invisible disabilities. However, a survey conducted by Versus Arthritis found that just 59% of respondents with conditions such as fibromyalgia and only 41% of employers are aware of the scheme. What steps can the Minister take to ensure that employers are aware of the scheme and to encourage take-up?

As we have heard during the debate, assessments for PIP, employment and support allowance and universal credit are failing people with invisible impairments such as mental health problems and mental distress. The Time to Change campaign has reported that 90% of people with mental distress have experienced stigma, ​including in employment and in accessing social security support. The current assessment framework fundamentally discriminates against people with mental distress, and I am sure that we will all have constituents who have experienced this and felt overwhelmed by the process. The process begins with an arduous written assessment, which is 34 pages long in the case of PIP. That is followed by the collation of medical evidence, which can involve travelling extensively, liaising with different health services and facing huge expense. Finally, there is an often invalidating and often humiliating face-to-face assessment.

In 2013, an upper tribunal panel said that the design of the work capability assessment substantially disadvantaged mental health claimants, as it relied upon the self-reporting of a disability. In 2017, the Government changed the eligibility criteria for the PIP mobility component, to exclude certain people undertaking journeys who are facing “overwhelming psychological distress”. These changes, which were ruled to be unlawfully discriminatory by a High Court and which will take years to complete, prove, once again, the DWP’s shocking disregard for people with mental distress. Some 220,000 people are owed back payments by the DWP, but thus far the Government have only reviewed 10% of cases. When does the Minister expect to have reviewed all these cases?