As the Shadow Minister for Public Health, Sharon participated in a panel at a fringe event at the 2019 Labour Party Conference in Brighton. The event was titled “Labour on Drugs – Our Policies for a General Election”. 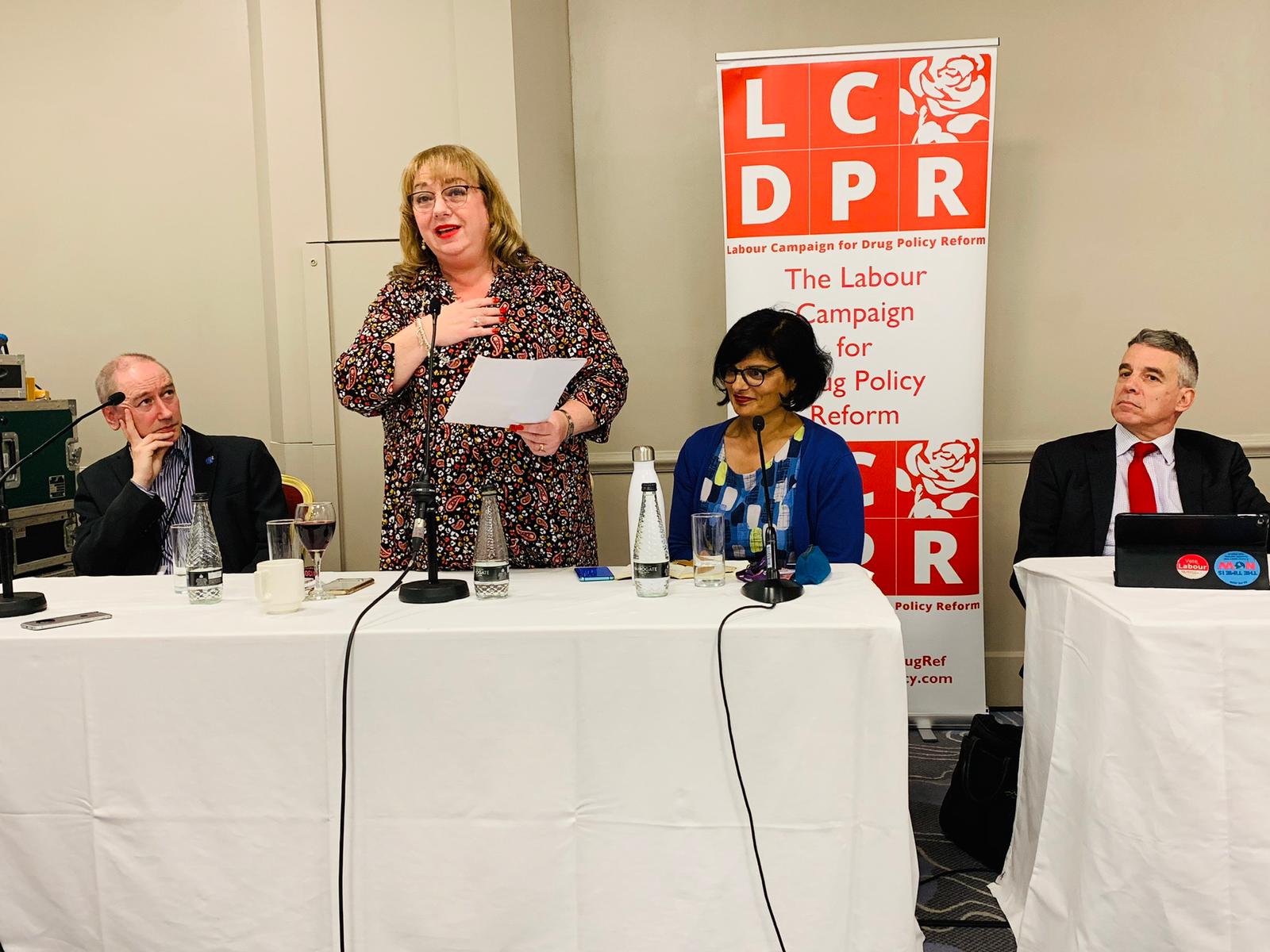 The event was organised by The Labour Campaign for Drug Policy Reform (LCDPR). On the panel was: Neil Woods, former undercover police officer, Chair of LEAP UK and author of Good Cop Bad War; Jeff Smith MP, Co-founder of LCDPR and Lord Charlie Falconer, Former Secretary of State for Justice.

You can read Sharon’s speech below.

Thank you for inviting me.

For those of you who don’t know me, I am Sharon Hodgson, the Member of Parliament for Washington and Sunderland West and the Shadow Minister for Public Health – which is what brings me here today.

As Jeff says I probably wouldn’t have come to an event like this, definitely not a few years ago – I’ve been on a journey – after talking to people like Jeff and Thangam my opinion has changed.

Drug policy currently sits with the Home Office, but I think that we will all agree that drug policy should be seen as a public health issue, as Jon said in his speech on Sunday.

Whether it is children being exploited by dealers on our estates or BAME people being disproportionately locked up for drug offences; this is a health issue that is touching all of society.

The UK has the highest drug-related death rate on record, with 2018 marking the highest rate of deaths from drug misuse.

And that is why I am so pleased the Labour Campaign for Drug Policy Reform has been set up, so that we can come together and discuss how we tackle this very issue.

The way the Government are – or aren’t – handling the drug crisis is affecting the most vulnerable in our society, which is why we need action.

Now, the first thing I would do as the Public Health Minister in Government is to reverse the public health budget cuts.

Since 2013, £700m has been cut from the Public Health Grant given to local authorities to provide vital services such as drug and alcohol treatment services.

That includes £72m cut from public health budgets this year.

Drug and alcohol treatment services have been hit hardest and with planned reductions across the board by £27.1m, including £2m worth of cuts to specialist drug and alcohol misuse services for children and young people.

Treatment services are struggling under the weight of austerity.

Less adults were in contact with drug and alcohol services in 2017-18, compared to the previous year.

If we are to prevent addiction and drug-related deaths, the Government need to invest in public health services to offer support to people. I know that there is no silver bullet to this issue and that there are many examples across the country that are making an impact on local communities by approaching this as a public health issue.

In Bristol, The Loop set up the UK’s first city centre drug safety testing service. In the West Midlands, Police and Crime Commissioner, David Jamieson, unveiled an eight-point plan to reduce the harm, cost and crime of drugs to society.

I met with David last year who opened my eyes to the many ways in which drug harm can be reduced.

In Weston-Super-Mare, the first drug-testing service licensed by the Home Office run by the charity Addaction.

And overseas – Canada became the first G7 country to legalise the sale and possession of cannabis last year.

Canada have put young people and education at the heart of this policy, and that is something I cannot disagree with.

Whether it is drug consumption rooms – which Jonathan Ashworth endorsed at the Health and Social Care Policy Forum yesterday; heroin assisted treatment or decriminalising all illicit drugs for personal use, it is clear that something needs to be done.

So that is why I am so pleased to be here today to listen to your thoughts and start the conversation about drug policy reform and hopefully get something into our next manifesto - which is already very packed as we’ve heard in Jeremy’s speech - that can really transform the way Governments and the public think about drugs.