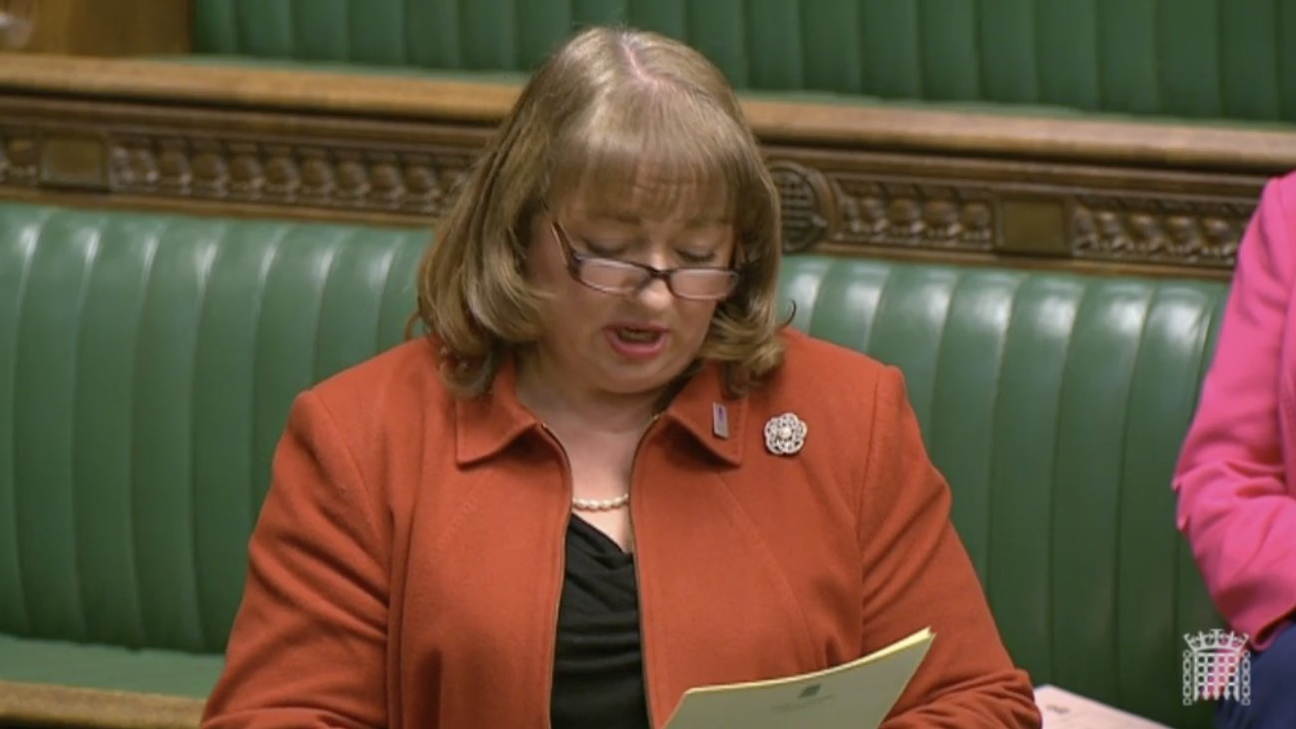 Ahead of Holocaust Memorial Day, Sharon spoke in a debate on the proscription of Hezbollah, where she raised her concerns about the anti-Semitic language used by this organisation.

You can read the full debate here: Proscription of Hezbollah Backbench Business Debate 25.01.18

I thank my right hon. Friend the Member for Enfield North (Joan Ryan) for securing this important debate. It has been excellent.

I think that it incredibly important for the Home Secretary to take a clear look at Hezbollah, its activities and the positions that it takes. As we know, it is involved in a number of terrorist activities and has made clear its desire to wipe Israel off the face of the earth, but the main concern that I wish to raise today concerns its anti-Semitic language. Let me take a moment to read out some of the comments made by leaders of Hezbollah to emphasise how shocking they are.

Hassan Nasrallah, Hezbollah’s leader, has been quoted as saying—I read this out with deep discomfort—

“the Jews…are a cancer which is liable to spread…at any moment.”

He has also said:

“If they all gather in Israel, it will save us the trouble of going after them worldwide.”

Such views are expressed not just by Nasrallah, but by his deputy. Naim Qassem has been quoted as saying:

“The history of Jews has proven that, regardless of the Zionist proposal, they are a people who are evil in their ideas.”

I am sure that Members on both sides of the House agree that those comments are utterly deplorable and should be challenged at every opportunity. Such language should not be allowed to continue, because it feeds into a terrorist ideology that calls for the destruction of Israel, but also of the wider Jewish people. We have heard it in the past, and we stood up against it then. We should stand up against it now as well, because the use of such language in our society should not be tolerated, whether it is used here or elsewhere in the world. There is absolutely no place for it.​

What is especially pertinent when we recommit ourselves to standing up to this hate-filled language is that, as we speak, many people are gathering near Parliament Square to remember the holocaust at the Holocaust Memorial Day service. I was torn today: I wanted to take part in both events, but I chose to come to the House and make my speech. Only a week ago, colleagues stood here in the Chamber and movingly marked that auspicious day.

The theme of this year’s Holocaust Memorial Day is the power of words. The aim is to explore how language was used in the past and is used in the present. It reminds us never to be complacent. Right now, an organisation that calls for the annihilation of one of our allies and a whole ethnic population is lawfully allowed to be supported in this country, and last year, as we have heard, its flags were flown on the streets of our capital. Hatred should not go unchallenged, wherever it may raise its ugly head.

The British Government must stand strong with resolve and say, “Enough is enough, and we will not stand for their hatred and terrorist activity.” We can all agree that Hezbollah is a dangerous organisation that commits terrorist crimes across the world in the name of its warped view of Islam and that repeatedly vocalises hate-filled language towards a group that it wishes to exterminate. There is no room for its deep-seated hatred—none at all. Therefore, in response to this debate, I hope the Home Secretary—although not present—will ensure that she listens in full to the concerns raised from across the House today.