In a Westminster Hall debate, Sharon raised the concerns of constituents who have got in touch with her recently about leaseholds. Sharon has recently written to constituents to ask them to get in touch if they have been affected by leaseholds. 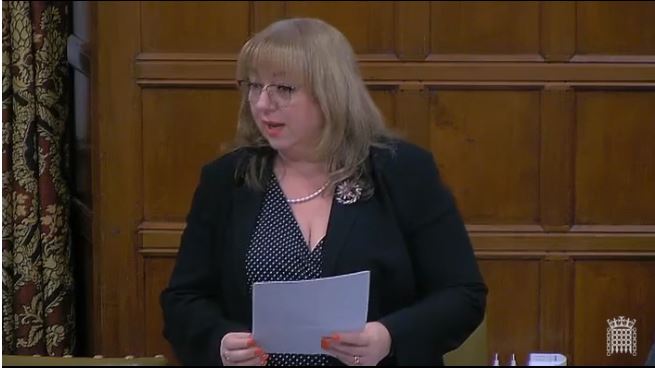 An estimated 12.4% of homes sold in Washington and Sunderland West were sold as leasehold in 2016. I realise that my constituency does not have the largest number of leasehold homes—certainly not as many as the constituencies of some of my hon. Friends—but the issue is still important to my constituents. That is why I recently began a consultation on leasehold homes in which I asked constituents to get in touch with me about their experiences. I only launched the campaign three weeks ago, but 30 constituents have already written to me with their concerns, in some cases in detail. I do not have time to go into the details of each, but I would like to share the themes that have become apparent from their emails.​
Most homebuyers were not aware what a leasehold was when they purchased their home. There is a serious lack of knowledge about what leasehold and freehold are; I feel that developers have a duty to inform prospective buyers about the difference between the two and what it means for them. As we have heard, solicitors also have a part to play. It makes a person wonder who they act on behalf of—the buyer or the developer—especially when the developer includes free conveyancing as part of the sale. Solicitors should always act in the best interest of their client, who in this case should be the buyer, not the developer. I have to agree with my hon. Friend the Member for Bishop Auckland (Helen Goodman), who is not in her place at the moment, that this abuse should be referred to the Law Society. I hope that the Minister will make that recommendation; I am sure it is in her power to refer dodgy solicitors to the Law Society.

Does the Minister agree that if we are to protect homebuyers, we should educate them to know the difference between leasehold and freehold so that they can make the best decision for themselves and their families? That should certainly be the case for first-time buyers, and financial education lessons in schools have an important part to play in achieving that.

Notwithstanding the issue of educating the population as a whole, there should be complete transparency from very early on in the sale about whether the property is leasehold and what that means. Two of my constituents have told me that they were not informed that their property was leasehold until the very day of signing the contract. Another has told me that they were not aware that their property was leasehold until nearly 15 years after the original purchase—probably when they tried to make alterations or build an extension. Because of the lack of knowledge about leaseholds and the lack of information available to homebuyers, there is a lot of confusion and variation when it comes to buying the freehold.

Many leaseholders were told that they could purchase the freehold at a later date, perhaps when they had saved enough money. However, when some constituents inquired about purchasing the freehold, they found that the goalposts had moved and the price was much further out of reach than they had expected. Some have even been informed that the freehold is now not for sale—in some cases because it has been sold to a third-party company without the leaseholder’s knowledge.

Not only is the cost of buying the freehold out of reach for some of my constituents; so is the cost of ground rent, which can increase year on year. Then there are the admin fees that homeowners have to pay when asking the freeholder’s permission to make changes to their own property. One of my constituents was charged £400 by the freeholder to build a conservatory on their own property. Another constituent expressed great frustration that they are charged £100 for a yes or no decision on basic things, such as replacing a kitchen, bathroom or even a window. It can sometimes take more than eight weeks to hear back on whether that is a yes or a no.

I know that some leaseholders out there listening will now be horrified and will be deterred from making queries to the freeholder, for fear of being charged some of these exorbitant fees. Too many leaseholders are locked into a state of being regularly over charged by freeholders, being unable to afford their ever-increasing ​ground rent, or never being able to afford to buy their freehold due it to being linked to some sort of escalator that was hidden in the small print of the contract, which their solicitor never pointed out to them. I share the concerns of my constituents who feel like they have been ripped off by leasehold contracts and I call on the Government to launch an inquiry into the scandal as soon as possible.