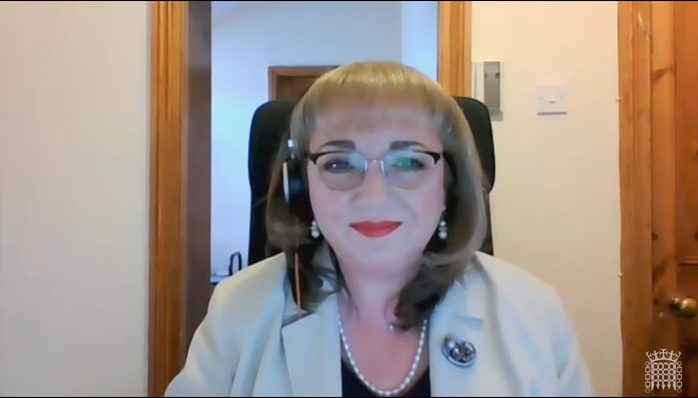 Mrs Sharon Hodgson (Washington and Sunderland West) (Lab)
If he will make it his policy to support the Charity Commission’s request to refer the Royal Albert Hall to the charity tribunal.

The Attorney General (Michael Ellis)
The disagreement between the Charity Commission and the Royal Albert Hall is long-running and raises complex issues of charity law. The parties have been asked to try to resolve these issues without recourse to potentially costly litigation. That process is ongoing. My officials are continuing to engage with the parties to assist them in working through the contentious matters raised by this case.

Mrs Hodgson
A face-value ticket for an Eric Clapton concert in May next year at the Royal Albert Hall costs £175, yet tickets are on sale on Viagogo at a 577% mark-up, at £1,185 per ticket. The seats in question are owned by a party related to a vice-president of the corporation. The Attorney General wrote to me last week to say that he wishes to

“move this matter towards a satisfactory resolution as swiftly as possible.”

Will he therefore take immediate action on this serious and clear conflict of interest at a British institution and permit the Charity Commission to take this to a tribunal?

The Attorney General
I am grateful for that elucidation, Mr Speaker. The Royal Albert Hall and the Charity Commission have been working to try to resolve the matter that the hon. Lady refers to without recourse to litigation, and I am awaiting the outcome of that process. I have instructed my officials to continue to engage with the parties that the hon. Lady refers to, to assist them in working through the complex issues raised by this case. I will say, however, that no decision has been taken on whether to consent to the referral to the Charity Commission. I will approach the matter as a neutral umpire, commensurate with my role as Attorney General and as parens patriae.