As Chair of the All-Party Parliamentary Group for School Food, Sharon spoke at an interactive Parliamentary briefing session hosted by the Food Foundation, and other organisations, on informing Parliamentarians about the opportunities to address Global Hunger on the road to the Rio Olympics and the Nutrition4Growth Summit. 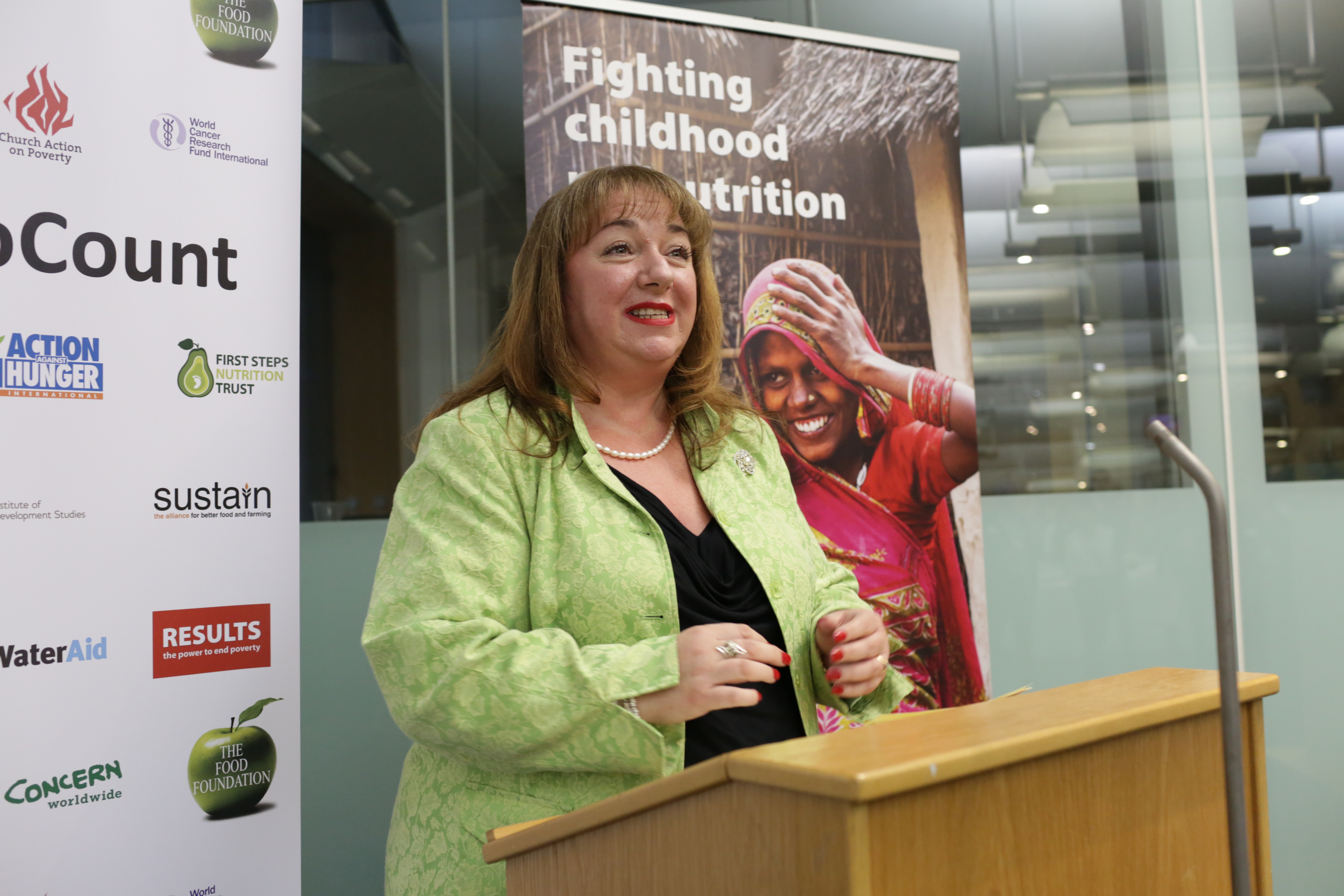 At the event it was highlighted what role the UK should take in helping drive forward the implementation of the Sustainable Development Goals (SDGs) on hunger and food insecurity, which states; ‘By 2030, end hunger and ensure access by all people, in particular the poor and people in vulnerable situations, including infants, to safe, nutritious and sufficient food all year round’, along with a call to end all forms of malnutrition in the UK through addressing food insecurity, but also holiday hunger by recommending that the Government looks into a holiday hunger pilot.

At the event, Sharon welcomed the idea of a holiday hunger pilot, and spoke about the important work of the School Food APPG’s Holiday Hunger Task Group, which for the last few years has looked at addressing child holiday hunger in the UK and driven this agenda forward. This is due to concerns that the positive work that goes into improving a child’s education, health and behaviour during term-time is being reversed during the long school holidays because of little, if any, healthy food for the child to eat which is widening the educational attainment gap of the most disadvantaged children in our society.

You can listen to Sharon’s speech and those of the others speakers, including the Olympic rower James Cracknell OBE, at the below video:

“For many years the All-Party Parliamentary Group for School Food has championed and campaigned for the introduction of policy that would finally address concerns in this country around hunger and food insecurity, especially amongst the most disadvantaged children in society who see their education and health affected by holiday hunger.

“Our campaign activity has included the publishing of our position paper in 2013 which set out what more could be done by policymakers to address this issue, along with the creation of the Holiday Hunger Task Group to spearhead the development of policy and pull together best practice that would provide support for those children during the long school holidays.

“The welcome collective action of all the charities and organisations who are working hard in the lead up to the Rio 2016 Summit shows that whatever we are saying on the international stage about investing and tackling global hunger must be reflected domestically here in the UK with strategies in place that ensure food insecurity and child holiday hunger become a thing of the past everywhere.”