Local Labour MP, and Shadow Minister for Public Health, Sharon Hodgson has announced she will be giving up fizzy drinks for the whole of February as part of a national campaign to raise awareness of the negative health consequences of drinking sugary fizzy drinks which can lead to obesity and other sugar related illnesses. 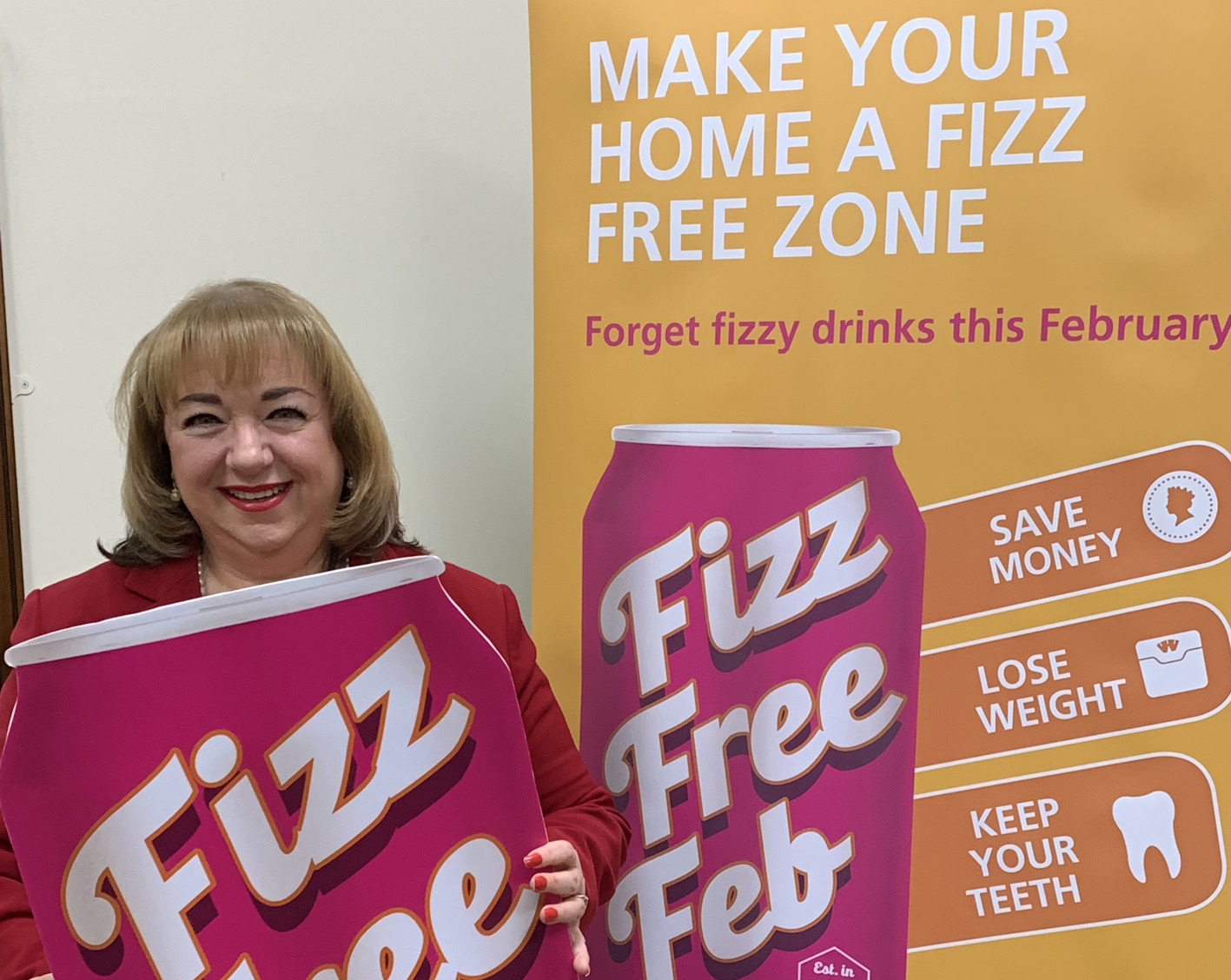 Sharon is also encouraging local schools and constituents to take up the challenge of “Fizz Free February”, to raise awareness of the negative health consequences of drinking sugary fizzy drinks which can lead to obesity and other sugar related illnesses.

Participants will give up fizzy drinks for the 28 days of February.

Sugary soft drinks, mainly fizzy drinks, make up an average of 29 per cent of free sugar intake for 11-18 year olds, the single largest source of sugar in their diet. Studies have also suggested that fizzy drinks can affect the appearance of young people’s skin, cause brittle bones and rotten teeth, as well as causing weight gain and affecting pupils’ ability to concentrate in school.

The initiative is part of a wider campaign to tackle the obesity crisis in Britain. 61% of adults in England are either overweight or obese and 34% of children in year 6 are overweight or obese. Type 2 diabetes, a disease linked to obesity and sugar intake, costs the NHS 10% of its entire budget to treat.

In the local area 46% of year 6 children are overweight or obese and 28% of five-year olds are suffering from dental decay.

In 2018 the campaign was started by Southwark Council in London. In 2019 Sharon Hodgson is encouraging councils and schools across the country to take part and help people in the local community to do #FizzFreeFeb

Sharon Hodgson MP said:
“As Shadow Minister for Public Health, I am committed to promoting a healthier nation, and working towards reducing child obesity, which includes raising awareness of how excess sugar consumption can have terrible effects on health.

“That is why I am taking part in Fizz Free February, and encouraging constituents to take up the challenge too, in order to raise awareness of the amount of sugar in fizzy drinks, and the impact this has on our health.

“Obesity is a growing problem in Sunderland, and across the country, so it is important to take steps to help reverse this trend. Of course, Government has a big part to play in this, which is why I am urging them to reverse cuts to public health budgets so that people can be supported in losing weight.”