Sharon Hodgson, MP for Washington and Sunderland West, has demonstrated her support for women with breast cancer by becoming a Parliamentary Ambassador for leading charity "Breast Cancer Now". 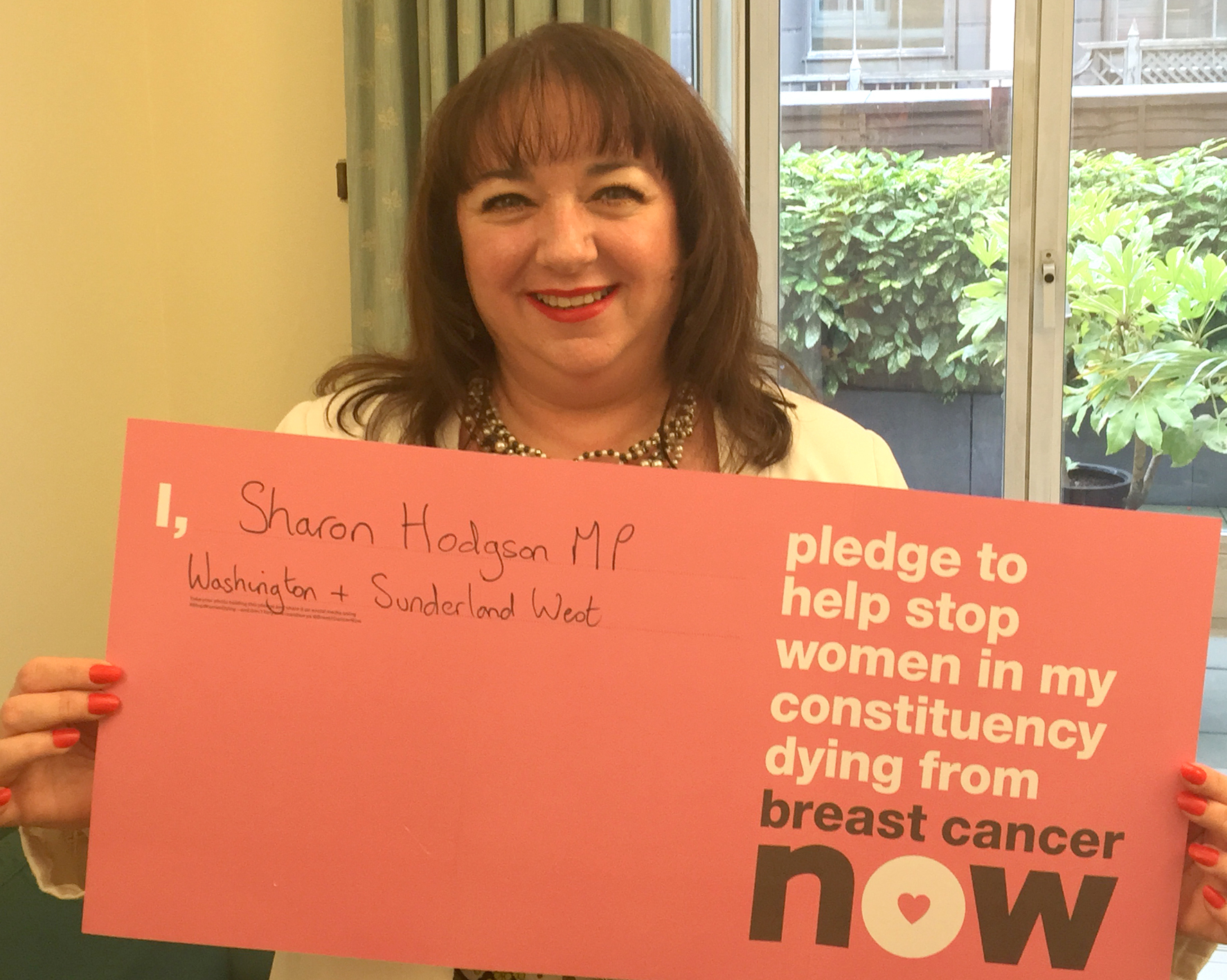 Sharon joins 169 MPs across the country who are pledging their support to Breast Cancer Now – the UK’s largest breast cancer charity – to remind fellow politicians and constituents alike that breast cancer is not a ‘done deal’ and that immediate action must be taken to stop the disease taking lives.

This is an issue Sharon has worked on for a long time in Parliament, and she is currently the Co-Chair of the All-Party Parliamentary Group on Breast Cancer.

Nearly 12,000 women are still dying from breast cancer each year in the UK – an average of 18 women a year in each constituency.

Breast Cancer Now will be working closely with the 170 Breast Cancer Ambassadors to help them take action to tackle breast cancer in their constituencies and in Parliament, and to ensure that the UK’s most common cancer remains high on the political agenda.

By bringing together the brightest, boldest and most influential policymakers, scientists, fundraisers and campaigners across the country, Breast Cancer Now believes that by 2050 everyone who develops breast cancer will live – but only if we all act now.

Sharon Hodgson MP, said: “Too many women are still dying from breast cancer in the UK.  We must take action now if we are to finally put an end to deaths from the disease and I am therefore very proud to support Breast Cancer Now and their bold 2050 ambition."

“Together, we urgently need to put the spotlight firmly on this dreadful disease, both locally and nationally, so that real progress can be made and more women can be saved. By becoming a Breast Cancer Ambassador, and through my work with the APPG for Breast Cancer, I will make sure that pressure is put on the Government on behalf of the women and families affected by this disease so that for future generations dying of breast cancer will be a thing of the past.”

NB - Breast Cancer Now – the new charity created from the merger of Breast Cancer Campaign and Breakthrough Breast Cancer – launched in June 2015, aiming to unite everybody affected by the disease to ensure that we are the generation that finally stops women dying from it.