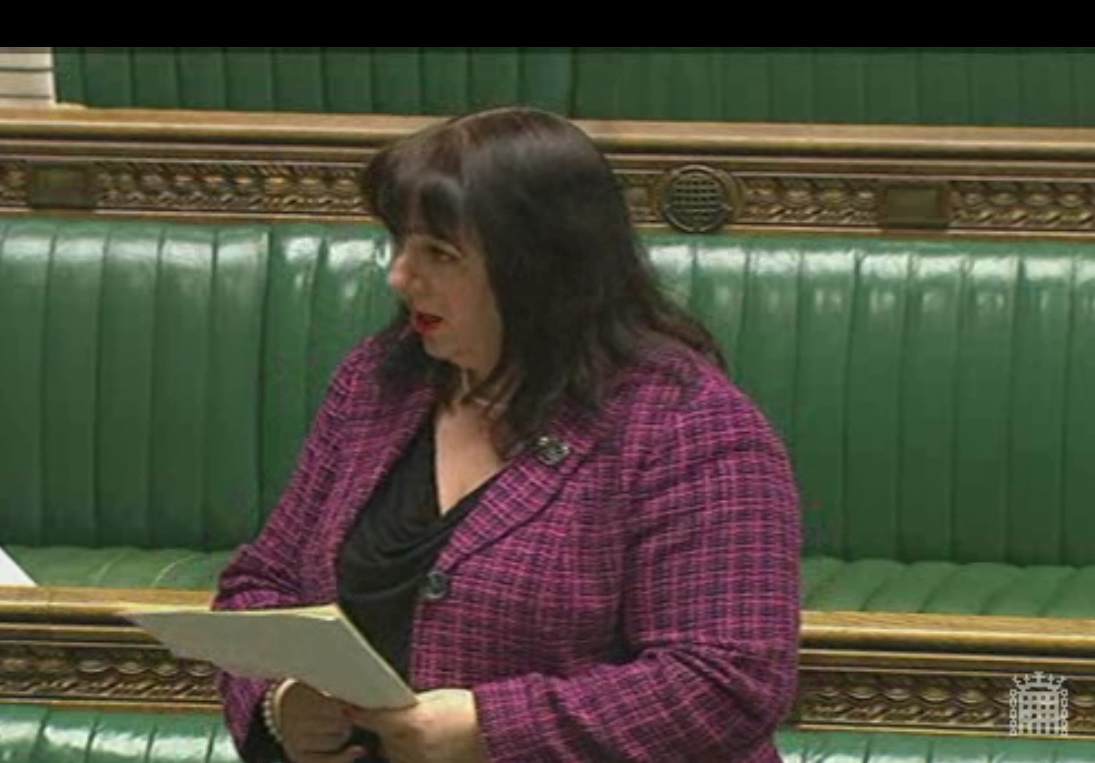 Today Sharon Hodgson MP handed in a petition to Parliament to extend the Metro to Washington, and to also bring the Leamside railway line back into use.

This is the fourth time Sharon has submitted a petition to Parliament on this issue, and this version has collected the signatures of 1736 residents on her website.

Sharon said of the petition:

"Extending the Metro to Washington is something I have campaigned on for a long time now, as I believe it will bring such a fantastic boost to our local economy and the wider community.  So many people in our area share this belief and have signed my petitions over the years, and I would like to thank them all for their fantastic support and help."

"I am very pleased to have been able to bring this issue up in the House of Commons once again, to make sure all of the residents who signed the petition are heard nationally."

"Extending the Metro is the right thing to do, and I will continue to campaign on this as here in the North East we deserve good travel networks just as much as any other part of the country."

"I will continue to push this campaign until we are successful, and I hope my persistence shows the Department for Transport that we really want and need this extension to happen, and hopefully this will make them act, if not during this Government then hopefully the next."

Sharon’s presentation speech in the House of Commons:

I am pleased to be able to present this petition asking the House of Commons to urge the Government to examine the feasibility of extending the Tyne and Wear Metro to Washington and bringing the Leamside railway line back into use.  The petitioners and I believe that doing so would boost jobs and growth in Washington, and indeed in the wider region.  The petition is along the same lines as one I submitted in May 2014, and as of today this new petition on my website has been signed by a further 1,736 people.

The Petition of residents of the United Kingdom,

Declares that the Petitioners believe that the extension of the Tyne and Wear Metro to Washington is a vital, yet missing, part of the region’s transport system, and further that such an extension would make a significant contribution to the economic development of the town.

The Petitioners therefore request that the House of Commons urges the Secretary of State for Transport to seriously explore the feasibility of extending the Tyne and Wear Metro to the town of Washington, utilising the old Leamside railway line.

And the Petitioners remain, etc.

Sign the petition to extend the Metro to Washington >

As reported by BBC >