Sharon Hodgson, MP for Washington and Sunderland West, attended an event in Parliament this month to hear the winner of the first ever National Responsible Business Champions Award. 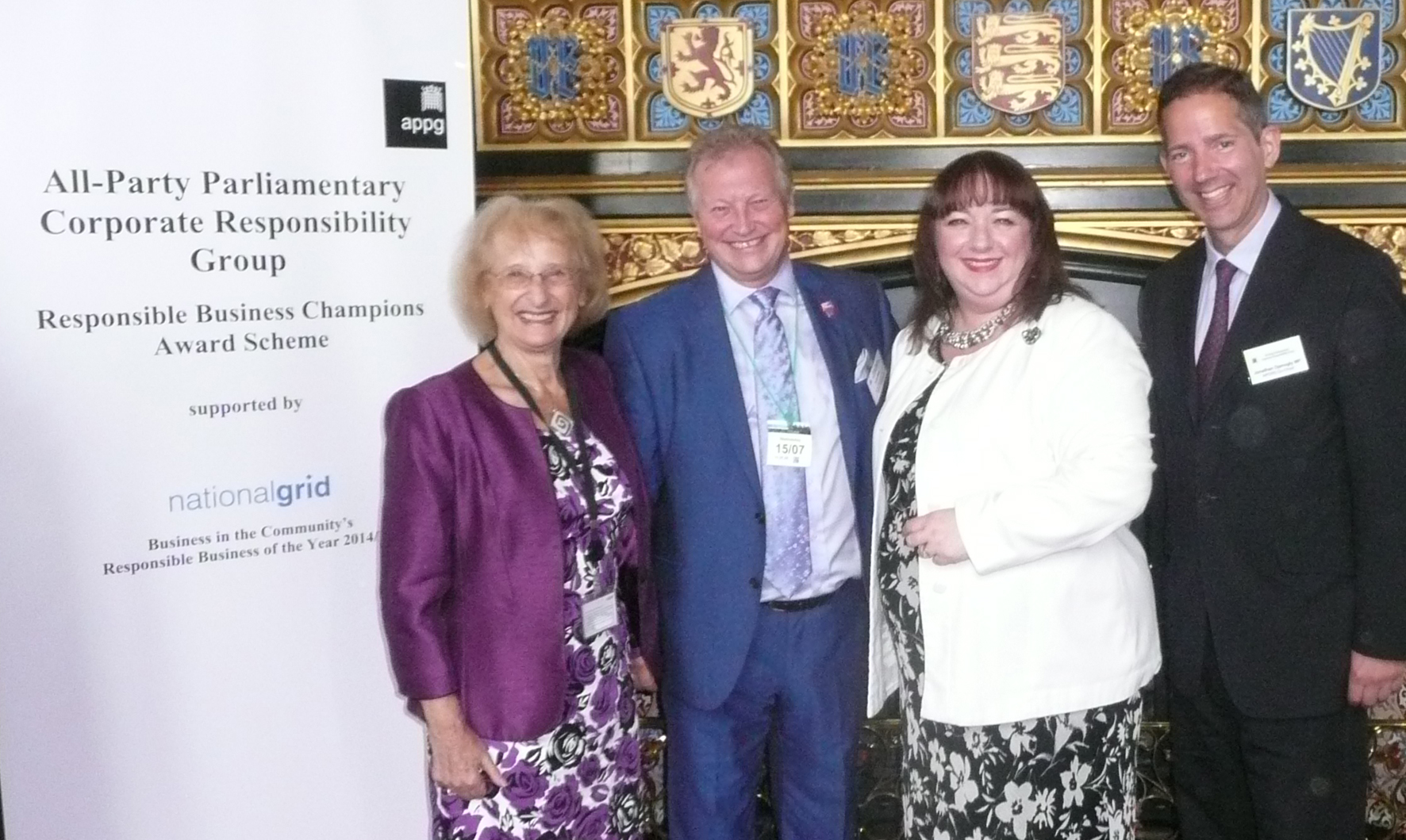 Sharon attended the event with Peter Walls, Chief Executive of Gentoo, whom Sharon nominated for the award.

Gentoo are a Registered Social Landlord and a large social enterprise, innovating to find solutions to pressing concerns in society, and they are one of the biggest employers in Sunderland.

The award was created through the All-Party Parliamentary Corporate Responsibility Group (APCRG), and the award was won by London City Airport, having been  nominated by Rt Hon Stephen Timms MP (East Ham), and being decided by a Parliamentary judging panel which looked at nominations from MPs representing constituencies across the UK.

Speaking after the event Sharon commented:

“Awards like this are a great way of highlighting some of the important work taking place up and down the country, and hopefully it will incentivise more companies to work with local communities and help boost the areas they operate in.  I have known about the great work Gentoo in Sunderland have been doing for many years now, and I was thrilled Peter could join me here so that their work could be properly recognised.  Hopefully one day they can come back and win this award!”

The Speaker of the House of Commons, Mr John Bercow MP, said:

“I’m pleased to support the introduction of this new award based on MPs’ nominations.  The concept of Constituency Responsible Business Champions recognises the keen awareness MPs have of the contribution local employers make to their constituencies and MPs’ ability to champion great constituency success stories."

"I hope the award scheme will go from strength to strength as more MPs take the opportunity to nominate Constituency Responsible Business Champions and put them forward for this national award over the years ahead."

“We were really impressed by the quality of the nominations we received from MPs for companies large and small making a really positive difference to constituencies across the UK.  We are delighted to be able to celebrate these companies’ achievements with them and their MPs today in Parliament."

"I would also like to thank National Grid, a longstanding APCRG member – recognised last year by BITC for its outstanding work with the award of Responsible Business of the Year – for supporting this award scheme.”

“We introduced this award because we wanted to encourage MPs to look closely at the overall impact local companies are having in their constituencies and to give them an opportunity to raise awareness of their most responsible companies."

"It is clear from the nominations we received that MPs are in close touch with local employers and, as you would expect, have a good feel for the overall contribution they are making to their local community."

"The standard of entries from MPs was high and London City Airport has done very well indeed to emerge as the winner this year.  Stephen Timms made a compelling case for the company on the basis of its impact in his constituency and we are delighted as a Group to draw attention to the important role London City Airport plays in the east London community.”

Further information about the APCRG is available on its website www.apcrg.org.uk

More information about National Grid is available at: http://www2.nationalgrid.com/Responsibility