This week Sharon Hodgson, MP for Washington and Sunderland West, handed in a petition to the House of Commons warning that the level of the Government cuts to the Further Education budget will be very damaging and could lead to an ending of this essential education service. 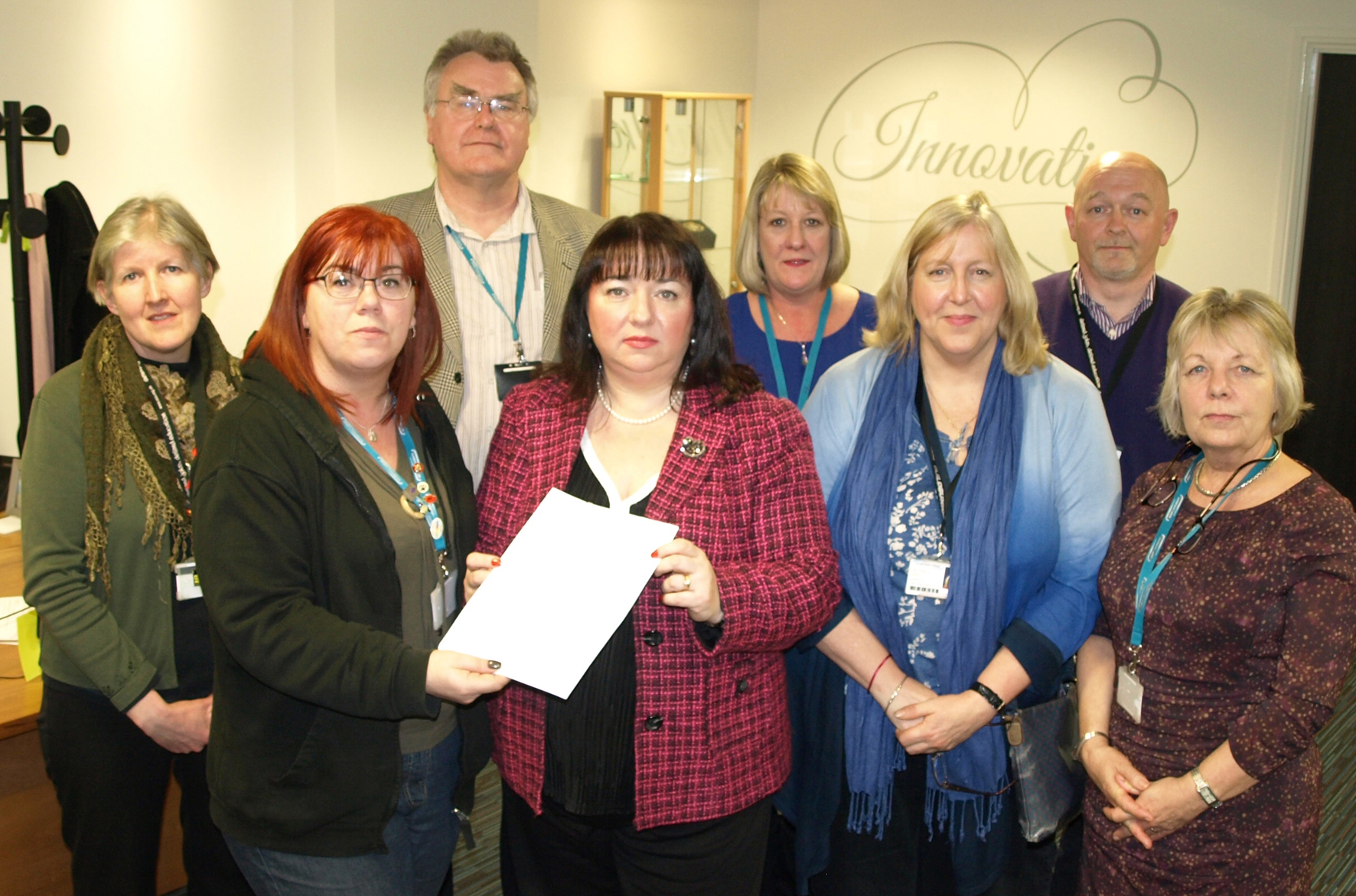 This petition was created thanks to the work of students and staff of Sunderland College, who collected 266 signatures on their own petition and presented it to Sharon.

This year the Conservative Government announced a 24% cut to the Adult Skills Budget (non-apprenticeship provision), and estimates, from the University and College Lecturers’ Union, show the cuts could lead to a loss of more than 400,000 college students in 2015/16 alone.

These cuts come as yet another blow to college budgets, which have already had significant funding reductions over the last few years.

Sunderland College students are particularly concerned that these further cuts will reduce the number of adults returning to learn or retrain, and they will place colleges under such financial pressure that there could be institutional closures and redundancies.

There are also fears that the most vulnerable are the most likely to be hit the most severely.

Speaking after handing in the petition Sharon commented:

“The savage cuts to further education are a disaster for the long-term prospects of so many people up and down the country. We should be investing in people, not taking away the best ways for them to improve their skills and get better paid jobs."

"The staff and students of Sunderland College deserve huge credit for standing up to the Government on this issue, and I was only too happy to support them and hand this petition into Parliament.”