Sharon joined over 130 other MPs, people with dementia and a host of others with an interest in dementia to help celebrate a year since the launch of the initiative.  The joint project between Alzheimer’s Society and The Speakers of the House of Commons and Lords aims to raise awareness of dementia among parliamentarians and parliamentary staff and ensure that information about dementia is accessible to those who need it.

Speaking after the event Sharon said:

"I’m delighted to be supporting the dementia friendly Parliament initiative.  Great progress has been made in the way dementia is viewed and discussed over the past few years; over 250 MPs, myself included, have been trained to be Dementia friends, but as a society we still have a long way to go if we are to meet the full scale of the dementia challenge."

"We have so much to learn from the great work going on up and down the country and events such as this are a fantastic way for Parliament to better understand what needs to be done."

The reception, supported by Lloyds Pharmacy, celebrated the achievements of the initiative. This included training over 250 parliamentarians and parliamentary staff to be Dementia Friends, including Sharon.  Plans for the coming year include extending the Dementia Friends scheme to all staff members of the parliamentary estate and making the estate itself more dementia-friendly.

Dementia Friends is a social action movement that aims to increase understanding of dementia, and the small things that could make a difference to people living in the community who are affected by dementia.  Over a million people have already become a Dementia Friend, with the aim being to create four million Dementia Friends by 2020. 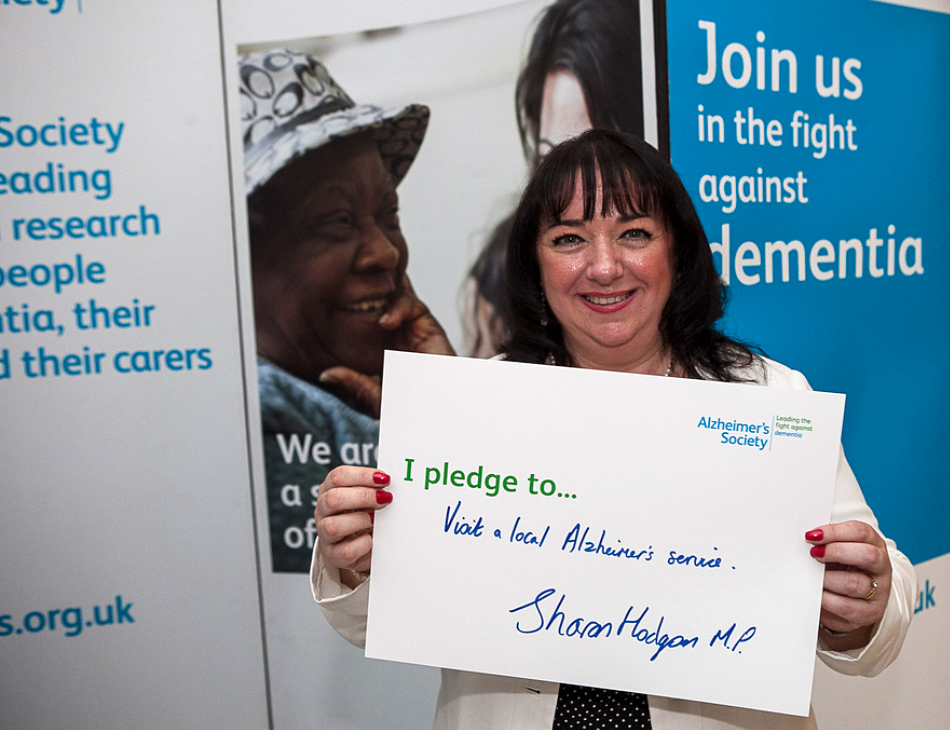