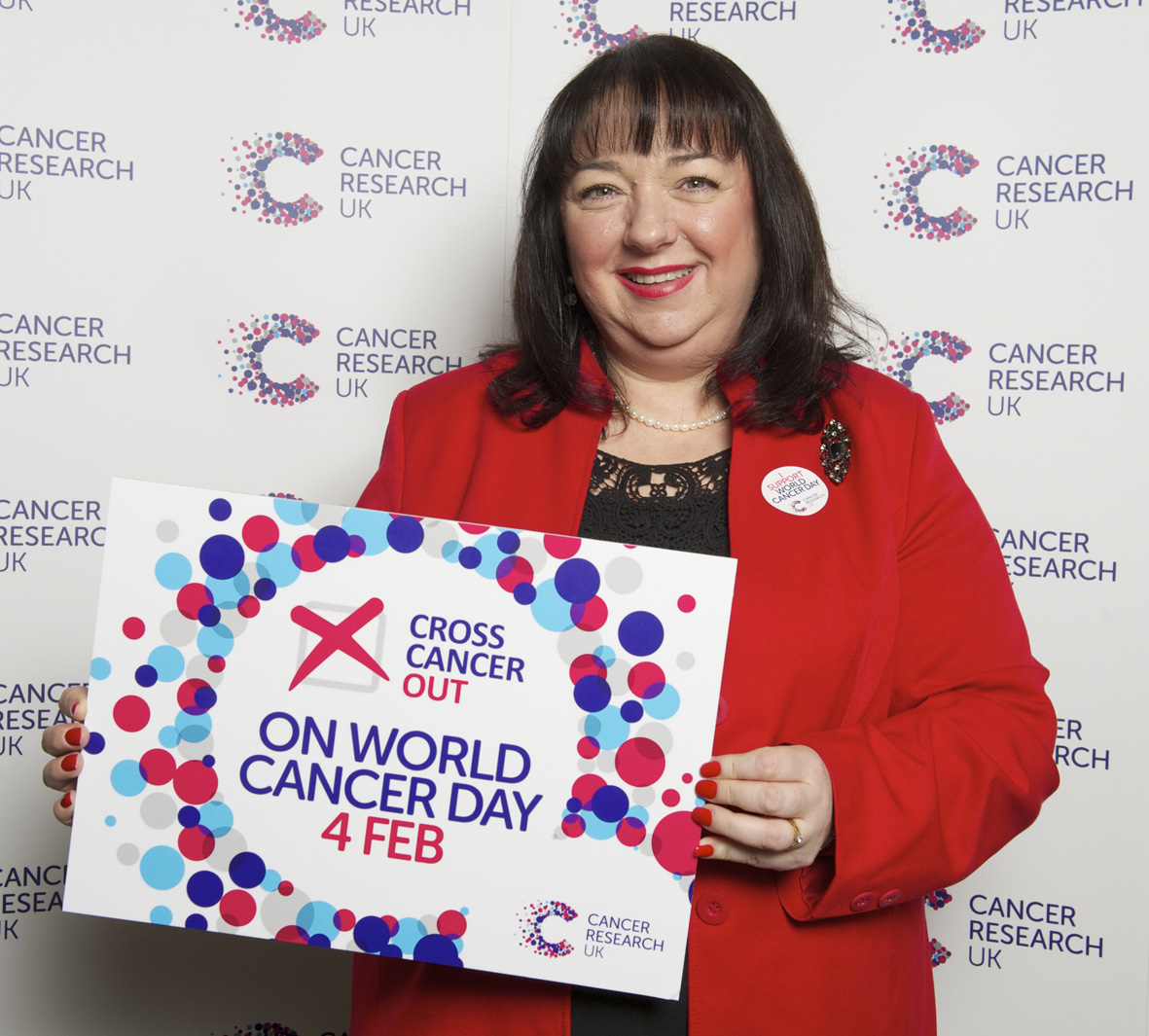 Washington and Sunderland West MP, Sharon Hodgson, is backing an appeal from Cancer Research UK to save the lives of more cancer patients, as news comes that one in two people will be diagnosed with the disease at some point in their lives.

The new figure was announced on World Cancer Day (February 4) to highlight the urgent need to bolster public health and NHS cancer services so they can cope with a growing and ageing population and the looming demands for better diagnostics, treatments, and earlier diagnosis.

In the run up to the General Election, the charity is calling on candidates to back measures to ensure cancer patients receive the best treatment and are diagnosed early enough for that treatment to make a difference.

UK cancer survival rates are still lagging behind the best in Europe and in England nearly half of all cancers are diagnosed at an advanced stage, when they are harder to treat successfully.

Sharon Hodgson MP said: “We cannot underestimate the devastating impact that cancer has on people, and will continue to have in the future. The good news is that charities like Cancer Research UK are making huge advances in the battle against the disease.

“But with more than one person diagnosed with cancer every hour in the North East* and this number set to rise, it’s vital that we detect cancer earlier across the UK and that the NHS is fit to offer all patients the best possible chance of surviving.”

Layla Theiner, Head of Public Affairs at Cancer Research UK, said: “The increase in the lifetime risk of getting cancer is primarily because more people are surviving into old age, when the disease is more common.

“We can’t avoid growing older, but we can prevent a crisis in the future by acting now to make our NHS cancer services among the best in the world.

“Without increased political support we could see the death toll from cancer rising in the UK and so early diagnosis and better treatments must be key priorities for the next Government.

“That’s why we’re calling on MPs and parliamentary candidates from all political parties to commit to ‘Cross Cancer Out’ and help ensure no-one’s life is cut short by this devastating disease.”

“We’re grateful to Sharon Hodgson MP for sponsoring our event and helping us to raise awareness of ‘Cross Cancer Out’ in Parliament.”

Sharon Hodgson MP also spoke out in a debate on Improving Cancer Outcomes in the House of Commons on Thursday 5th February.  In the debate she raised the issue of needing greater awareness for rarer types of cancer, like Ovarian Cancer, a subject she knows well as Chair of the All-Party Group on Ovarian Cancer.

For more information and ways to get involved in the campaign, visit www.cruk.org/crosscancerout or join the conversation on twitter #CrossCancerOut

*Approximation based on annual average figure of around 14,700 cases of all cancers (excluding non-melanoma skin cancer) diagnosed between 2009-2011 in the North East Region.

About "Cross Cancer Out"

Playing on the idea of a ballot paper, Cancer Research UK’s new campaign asks election candidates to help "Cross Cancer Out" by backing a raft of measures to improve cancer survival in the UK.

The charity is calling for determined political action to ensure cancer patients are diagnosed much sooner and have greater access to the best possible treatments including by:

•    Continuing support for campaigns to raise public awareness of the signs and symptoms of cancer;
•    Committing to increase participation in the bowel cancer screening programme;
•    Ensuring equal access to innovative radiotherapy, surgery and effective cancer drugs, including drugs targeted to patients’ tumours.

For further information about Cancer Research UK's work or to find out how to support the charity, please visit www.cancerresearchuk.org