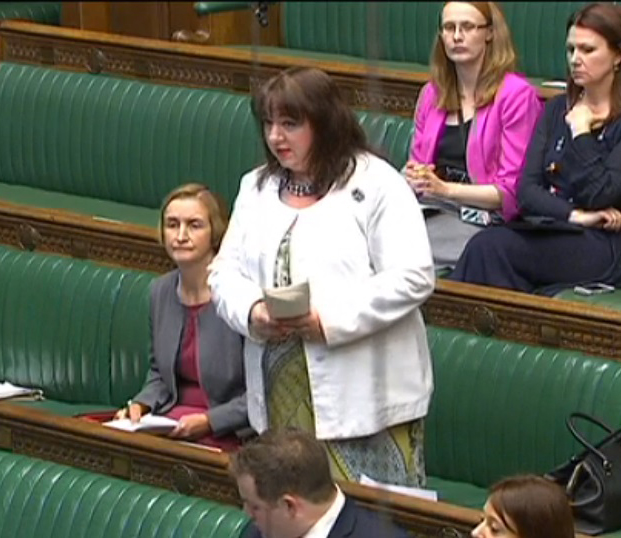 During a statement on Child Poverty on Wednesday 1st July, Sharon Hodgson MP raised how important investment in early years, including Sure Start Centres, can be to helping transform the lives of disadvantaged children and helping lift children out of poverty.

The full exchange between Sharon Hodgson and the Secretary of State:

Mrs Sharon Hodgson (Washington and Sunderland West) (Lab): One of the proudest and best achievements of the previous Labour Government was the roll-out of 3,600 Sure Start children’s centres. If, as the Secretary of State says, this is all about outcomes, not inputs, why has his Government slashed the budgets of local authorities, which pay for Sure Start, to such an extent that more than 800 have closed and many more are now hollow shells of their former selves? To use his very words, they are now unable to make

Mr Duncan Smith: We gave local authorities responsibility and the money. We did not ring-fence the money, but we told them that their priority should be to make sure that that early years work takes place. My view across the board is that, as all the studies I have seen show, the quality of that work is as good if not better than it was before. I was and remain a great supporter of such support, and I and my right hon. Friend the Secretary of State for Education will ensure that it continues.

Commenting after the statement on the Secretary of State’s response, Sharon Hodgson said:

“As usual, the Secretary of State’s response just goes to show how much this Tory Government fails to understand the importance of investing in the early years and protecting Sure Start Centres in order to tackle child poverty here in the UK."

“The roll-out of Sure Start Centres and the significant financial investment into the early years was one of the last Labour Government’s proudest achievements, and this investment was integral to helping lift one million children out of poverty, yet what we are currently seeing is this Government dismantling the progress already made to give children the best start in life.”