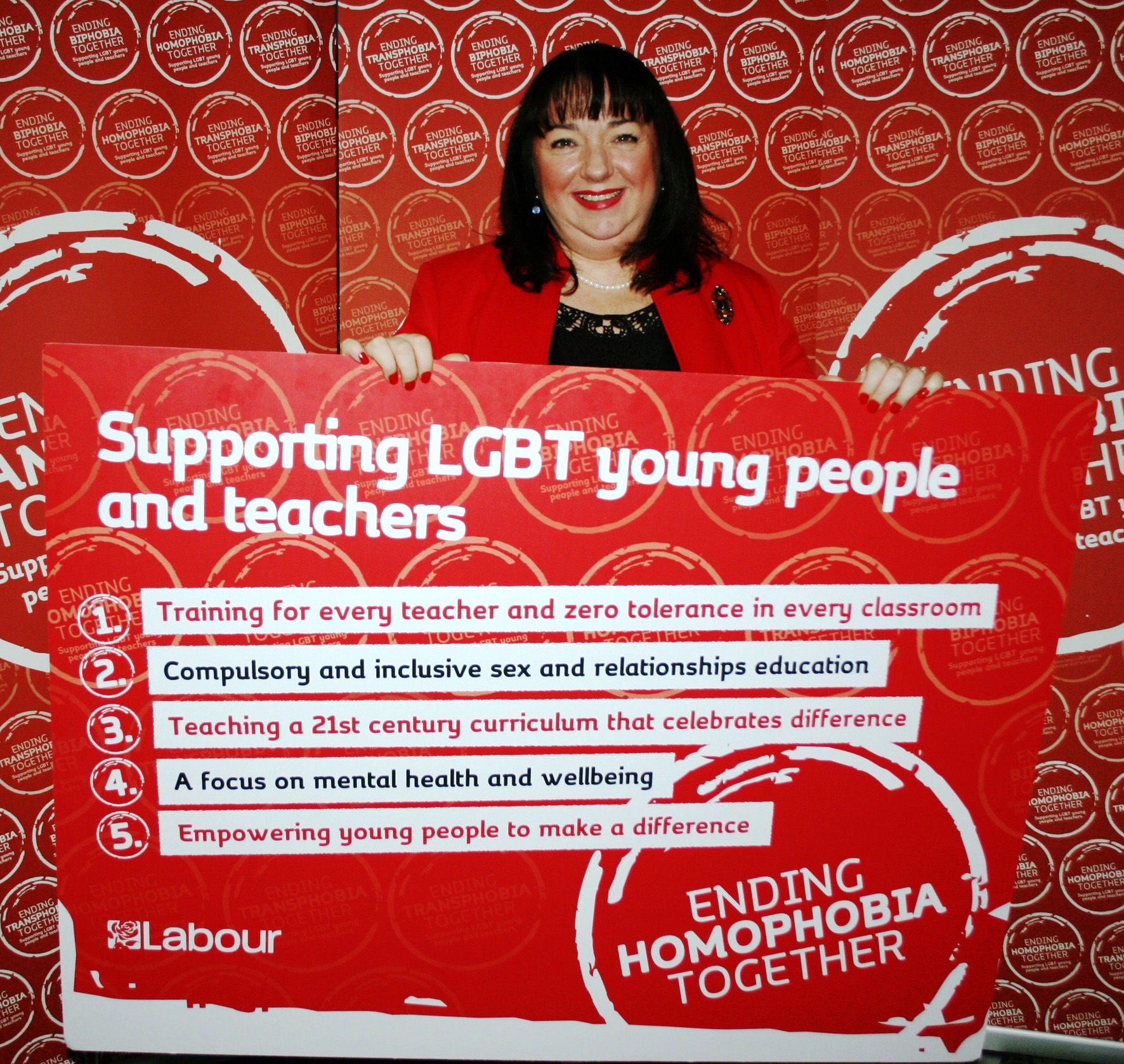 Labour has published its plan to eradicate homophobic bullying in every classroom, playground and dinner hall.  The plan has the backing of Stonewall, campaigner and actor, Charlie Condou as well as other leading rights campaigners.

Under the plan, Labour will:

The announcement follows a Taskforce set up by Mr Hunt to consult and make recommendations on new measures to tackle homophobic bullying in schools and beyond.  Mr Hunt made the announcement on a visit to Little Ilford School at the beginning of LGBT History Month.

Mr Hunt said that schools have a duty to show a ‘zero tolerance’ approach to homophobic bullying:

Mr Hunt said that only by introducing new measures, will we rid the shadow of Section 28 that has been cast over our schools:

“The legacy of Section 28 – a most pernicious piece of legislation – casts a shadow over our education system, both for those that are new to the schools workforce and for those who worked in schools whilst it was in operation.  That is why repealing Section 28 alone, is not enough.  We need new training for new and long-standing teachers, and others in the school workforce.  Strategies for education, dealing with both prevention and resolution. And we need to act urgently to prevent the plight of homophobic bullying that is damaging the lives and life chances of thousands of pupils.”

“I am extremely proud that a future Labour Government will tackle this issue head on and give pupils and teachers the necessary support to remove this damaging discrimination from our schools.  For too long many young LGBT people have had to suffer bullying on a day-to-day basis without the relevant safeguards and support, and by tackling homophobic bullying in our schools we can go a long way to removing homophobia from our society.”

“School should be about learning new things in a safe and caring environment where children and young people can express themselves without fear of abuse or discrimination, and these new measures will help make sure that this is a reality for every child in our country.”

“As a gay man, and as a parent, the tackling of homophobic bullying is obviously something that’s extremely important to me.  School is where I want my kids to feel safe, to be nurtured and cared for when I’m not there.  We’ve made so many advances for LGBT people over the last few years, but I truly believe that prejudice is learned behaviour and therefore we need to address LGBT issues at an early age.  The word gay is still used as an insult in playgrounds across the country and the amount of young people still taking their own lives for being seen as different is quite distressing.  I’m so glad that tackling homophobic, biphobic and transphobic bullying will be a priority for the next Labour government, as always, leaders in the struggle for LGBT equality”.

Stonewall, a charity that works on a cross-party basis, welcomes the announcement. Hannah Kibirige, Senior Education Officer at Stonewall, said:

“Homophobic bullying and language are endemic in Britain’s schools, with a devastating impact on young people’s health, wellbeing and attainment.  Through our work with more than 12,000 schools across the country, we know that teacher training is vital to tackling the problem.  We have seen progress under this and the previous Government, but more still needs to be done.  We welcome this commitment and will be calling on future governments to ensure that every teacher is equipped to tackle homophobic bullying and that every young person can reach their full potential.”

The scale of the plight of homophobic bullying has been revealed in figures from Stonewall (published here today) that show of the current estimated 215,000 lesbian, gay and bisexual pupils in schools:

The figures show that whilst some schools, like Little Ilford School, are tackling with homophobic bullying, for thousands of other young people, the discrimination that they face is not being dealt with effectively.