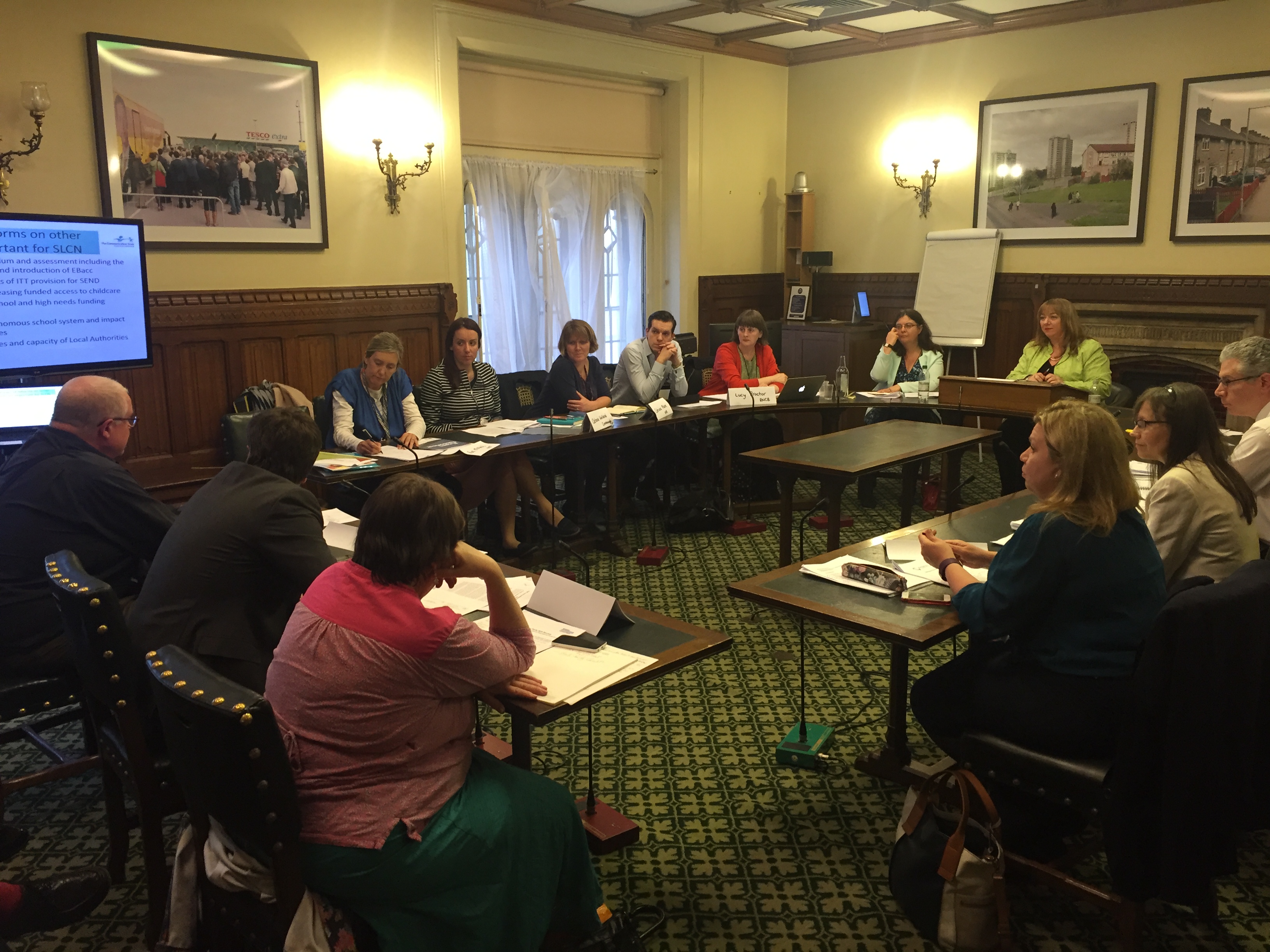 Sharon chairing the first roundtable of her review into SEND provision.

According to analysis by the Labour Party:

This also links with research by charities, such as the National Autistic Society, which found that half of parents of children on the autism spectrum are “dissatisfied” and around half still struggle to access the ‘Local Offer’ – despite this being a statutory requirement of local authorities to provide these families with information about local services they can access.

The review will consider:

The review will have two roundtable sessions in May, and a call for written evidence running until the summer. A report published in the autumn will feed into the Labour Party’s National Policy Forum; a key component of policy development towards the Party’s manifesto for 2020.

“The Government promised that reforms set out in the Children and Families Act during the last Parliament would transform the experience of children with SEND and their families. Yet two years later, we are seeing significant numbers of these children excluded from school and many of their parents experiencing significant difficulties in accessing support.

“With their recent Schools White Paper failing to announce any new meaningful reforms to SEND provision, Tory Ministers seem content with the status quo. This simply isn’t good enough: far more needs to be done to improve the attainment, outcomes and experiences of children with SEND, so that we can ensure all children and young people have a fair chance of making a fulfilling transition to adulthood.

“That is why today Labour is launching a review into the current provision for children and young people with SEND, to identify why so many children with SEND are being excluded from school and what the next steps should be for SEND provision and services in England.”

To submit written evidence to the review, please send no more than 5 pages of A4, type size: 12 point, Arial font, to: [email protected] including evidence and recommendations no later than 6pm on Friday 29th July 2016.

Hand-written submissions will be accepted, but typed is preferred. To send hand-written evidence, please send it to:

Written evidence can include thoughts, stories, evidence of best practice, research or recommendations but are not exclusive to this list. The requirements on length must be strictly adhered too in order for all submissions to be considered.

Statement from Sharon regarding the SEND Review:

“As many of you will know, yesterday afternoon I made the difficult decision to resign as the Shadow Minister for Children and Families. In this role, I have had the pleasure of working with many organisations, specialists and individuals in the SEN world to ensure that children, no matter their circumstances or needs, get the best start in life.

“However, this now, unfortunately, means that I will not be continuing my work on the SEND Review. This will now be taken up by my successor, who is yet to be appointed. Once that happens I will undertake a full handover and ensure that this important area of policy development continues. I want to give my sincere thanks to all who have worked with me and supported me in this role and my work in this area over the years.

“This sector really has the most committed individuals who go above and beyond to campaign and support children with SEND, and that is why I will continue to champion the issues facing children and young people with SEND from the backbenches as I have done since becoming a Member of Parliament.”