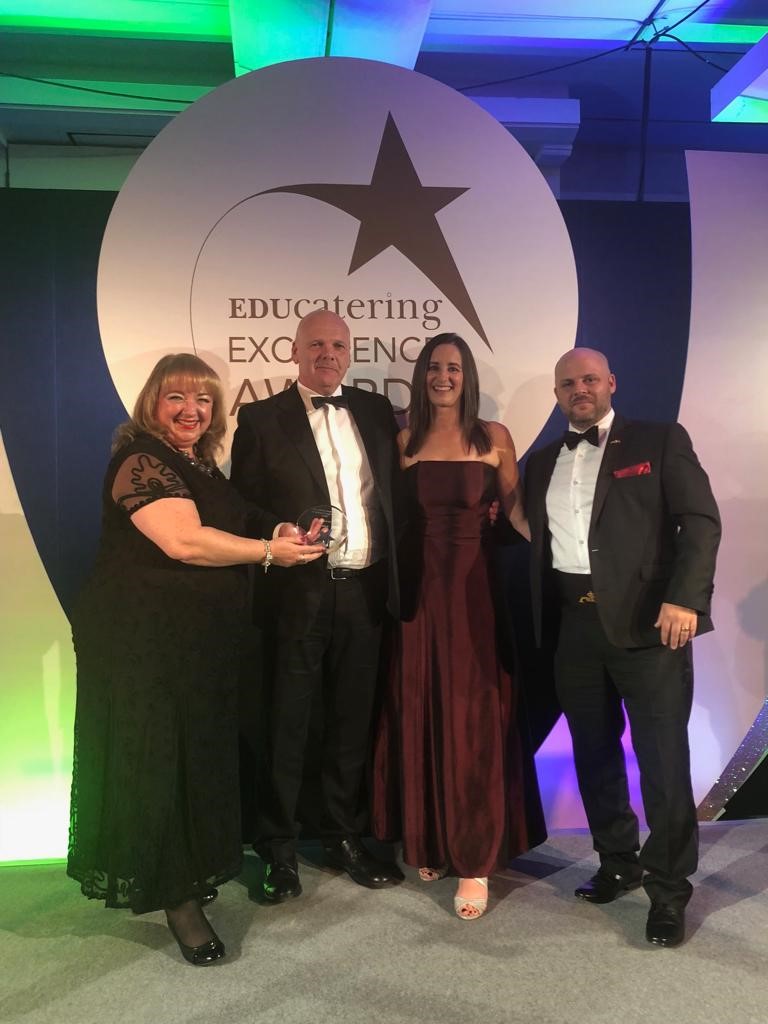 The Award was presented to CATERed at the Educatering Excellence Awards at London’s Royal Garden Hotel.

This was the first time the APPG on School Food has presented an award, and it is hoped that next year more schools, caterers, charities and individuals will apply.

The application process, which was facilitated by APSE, required applicants to provide an executive summary of their project, background, and what has been achieved over the last 12 months. Applicants were then asked to have their application supported by a Member of Parliament, through a letter of support.

17 applications were received, all supported by MPs across the political spectrum, and a shortlist of 3 was established by the judges: Sharon Hodgson MP, Roberta Blackman-Woods MP and Gillian Keegan MP.

After presenting the award Sharon said:

“Everyone who applied for this award is doing amazing work for school food, and I cannot thank all of them enough for all that they do each and every day to ensure that our children have access to a healthy meal.

“I am so pleased that my parliamentary colleagues were also able to get involved in the awards by offering a supportive letter to applicants, I am sure that they will have also learned a lot from doing so and I have encouraged them to go and visit the school or charity they have supported so that they can experience the fantastic work they do for themselves.

“It was a genuine pleasure to present CATERed with the first APPG Excellence in School Food Award, they were very deserving winners and I hope that they continue to keep up the good work in Plymouth, and also set an example for other cities around the UK.”

“Thank you to Sharon and the judges for the recognition.

“It was an honour to win the inaugural APPG Excellence in School Food Award.

“At CATERed we work collaboratively to improve the overall school dining experience for all. Delivering improved service quality, reduced costs, increased efficiencies and economies of scale giving a stronger financial base.

“The Big supporting The Small is our guiding principle to ensure that children and young people across the City can access great tasting, locally sourced, seasonal and freshly prepared hot school food. With our schools as shareholders CATERed believe in Feeding Ambitions, making a Difference and supporting Every Child, Every Time.”