At Prime Minister’s Questions on 13th January 2016, Sharon pressed the Prime Minister to reconsider the decision by the Energy Secretary last year to scrap Renewables Obligation Certificates which will be detrimental to the planned investment of £3 million for the windfarm at the Nissan Factory at the Turbine Industrial Park in Sunderland. 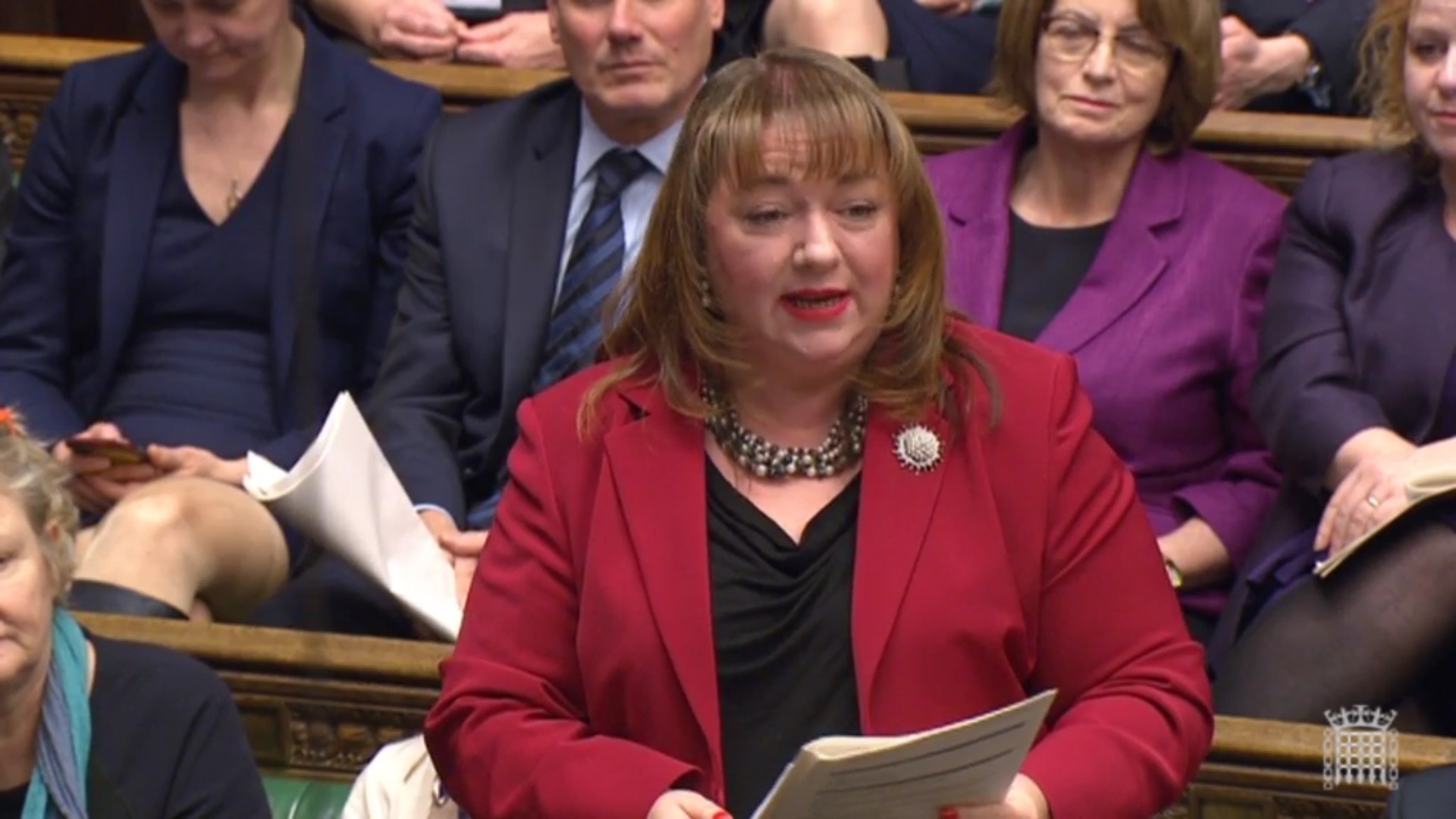 This comes ahead of the House of Commons debating the 2nd Reading of the Government’s Energy Bill on Monday 18th January 2016, where the general principles of the Bill will be debated.

Sharon called on the Prime Minister to rectify the decision from last year and the negative effect this will have on pro-green businesses, like Nissan.

An amendment to introduce a ‘grace period’ for projects already in the pipeline was rejected when the Energy Bill was considered in the House of Lords, but there are now moves to see this amendment re-introduced during the Commons’ stages of the Bill.

The full exchange between Sharon and the Prime Minister can be seen below, or read here in the Official Hansard.

In her question to the Prime Minister, Sharon asked:

Last year the Energy Secretary scrapped support under the Renewables Obligation for new onshore wind projects, which will impact the £3 million investment by Nissan at their windfarm in my constituency. Does the Prime Minister realise that his attacks on clean energy are detrimental to pro-green businesses, like Nissan, and will he look into this immediately and rectify it in the Energy Bill next week?

To which the Prime Minister responded:

We had extensive exchanges about this in the Liaison Committee yesterday, and I can tell the hon. Lady that we are going to see another 50% increase in onshore wind investment during this Parliament. Also, Britain has the biggest offshore wind market anywhere in the world. The Leader of the Opposition raised the question of solar. Britain has the fourth largest solar installation of any country anywhere in the world. Indeed, my new favourite statistic is that 98% of those solar panels have been installed since I was Prime Minister. This is all good news, and it means that we have a genuine claim to be leading a renewables revolution. However, every single subsidy that is given to these technologies is extra money that we put on to people’s bills, making their energy more expensive. So it is right that we seek a balance between decarbonising our economy and making sure we do it at a low cost to our consumers and the people who pay the bills. That is what our policy is all about.

“The Prime Minister again has used his hot-air rhetoric to deflect from the arguments regarding the future of clean energy here in the UK and has ignored the wealth of support from pro-green businesses, such as Nissan here in Sunderland to invest in clean energy.

“With businesses, like Nissan, wanting to invest in the future of our energy infrastructure and security, it is concerning that the Prime Minister and his ministers have scrapped support that will be detrimental to this investment.

“That is why in the upcoming Energy Bill, I hope that Government ministers will seriously reconsider their short-sighted actions that will affect businesses, consumers and our environment alike.”