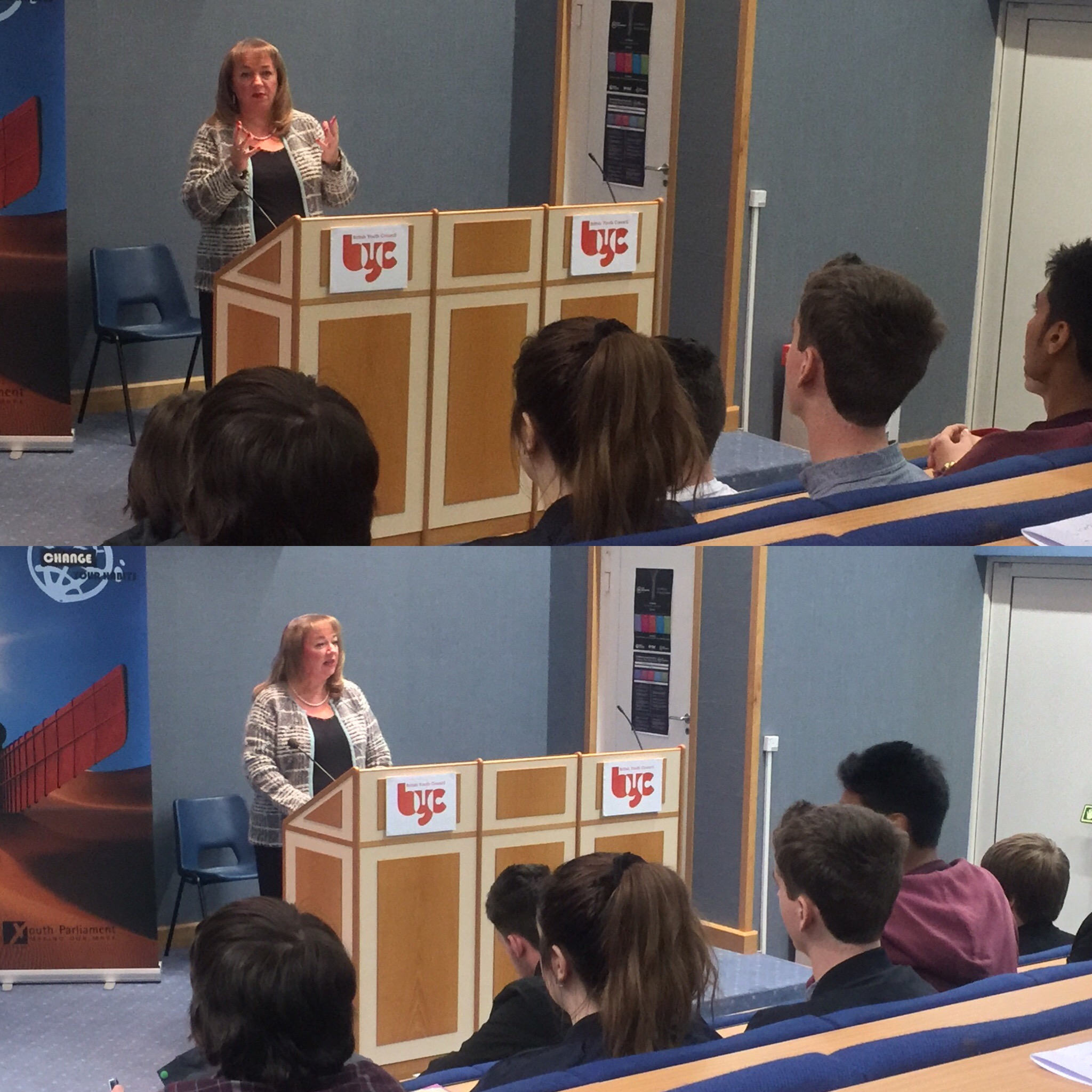 Sharon was invited to address members of the British Youth Council at their Youth Voices Convention in Newcastle, where they discussed Brexit, along with other issues impacted the lives of young people.

Thank you so much for inviting me here to speak to you all today. I have worked with the British Youth Council for a number of years now and the work they have been doing regionally and in Parliament is phenomenal.

I would like to thank all of the young people who have come along today to take part and to talk about the issues that matter most to you. It is important that politicians, of all parties, seriously listen to what young people have to say especially in such turbulent and unpredictable times following the EU Referendum result in the summer.

The young people of our country are as engaged, as knowledgeable and as important as anybody else in our society, and I am sure the way you work together and contribute at events like these will enable many to finally understand how vital it is to listen to our next generation. I am really looking forward to answering your questions in a short while as well, to put this idea into practice!

It is important for young people to identify the issues that will affect them the most, and to have serious debates and discussions on these matters, which can then be fed to politicians who sit in Westminster, along with our devolved legislatures and local councils, to inform the work we do as politicians that effects the lives of young people.

I am also very pleased and impressed to see some of the extremely important and complicated issues that are being looked into later on today here at this convention. I have to say from the off that there will be a lot of agreement between yourselves and me. Such as votes at 16.

This is an issue which I have supported for a number of years, believing young people who contribute to our society through paying their taxes, joining the army and having the ability to get married, should have a say over who is representing them.

This move to lower the voting age would be made even stronger, if we saw real commitment from the Government on improving citizenship education in our schools so that when young people do go to the ballot box that they are as well informed as possible to make important decisions on how their lives will be affected.

One of the main issues that I hope you will be discussing today, and I am sure you will be, is what Brexit will mean for the UK and young people now that the EU Referendum vote has taken place.

Young people have the most to lose from us leaving the EU, with the unpredictability of what Brexit actually means and the impact it will have on your lives; far more than the generations who voted for us to leave the EU.

However, the votes have been cast and the decision has been made – however much many of us may not have agreed or liked the result on the 24th June. But what is important now, is young people help shape what Brexit will mean for them. As you will live with this decision for far longer than any of us who currently sit in Parliament or have taken an active interest in this issue.

From issues including, but not exclusive to: immigration and freedom of movement; access to the single market which has shown to be vital to our industries and trade; continuing the protections on our environment; seriously tackling climate change and global poverty, and; to worker’s rights. The list could go on.

What is important is that we move away from empty slogans which try to allay the concerns of many people who voted to remain or those who voted to leave but are now sceptical of the Leave campaign’s ability to deliver after their back peddling so soon after the result was known. Example, the £350 million a week on the side of the Brexit bus for the NHS.

What we need now are practical and concrete plans that will help us understand the direction our country will take once we finally invoke Article 50 and begin the process of decoupling ourselves from the EU.

Your voices must be heard, and I know that the work you do as part of the British Youth Council will be seriously listened to by Parliamentarians who will be scrutinising the Government, both from those on the backbenches, the Opposition frontbenches and the soon-to-be formed Select Committee on Exiting the European Union. But it’s not only Parliamentarians who can hold the Government to account, it is you as well.

You and your families can hold the Government to account by making your voices heard, by campaigning on issues you feel passionate about – just as you all already do as part of the British Youth Council. But also, writing to your local Member of Parliament.

That is why I hope you will write to your Member of Parliament after today’s convention and let them hear your views and opinions on Brexit – otherwise, your voices will not be heard as part of our daily work to represent our constituents.

The transfer of ideas and opinions, in a civilised, open and respectable manner, is exactly what our politics should be about. It is something we must cherish and protect. And I always enjoy talking to you all in such a manner. It can be incredibly refreshing from the bravado seen in the House of Commons or the vitriol seen on social media.

I look forward to hearing from you all in the Q&A shortly, and to hear what your concerns are on Brexit, but also on a whole host of issues which affect the lives of young people – from mental health services, to civil and democratic rights, and better employment opportunities. There are many I could list, but I want to hear from you and hear the concerns of young people right now.

So, once again, thank you so much for inviting me here today to be a part of this brilliant convention. I hope you all have a great day, learn a lot and have plenty of questions at the ready for me to answer!