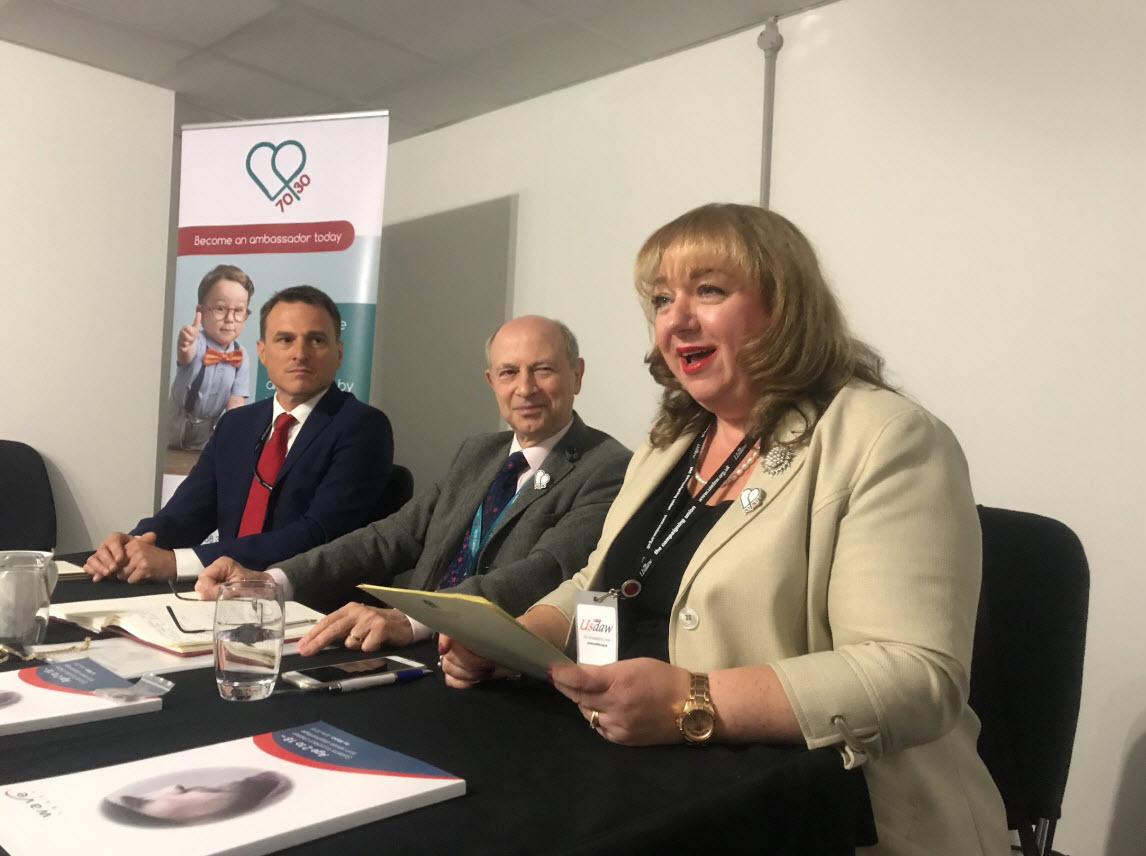 I hope that everyone is enjoying conference so far.

It’s an honour to follow Paul who is making such an impact in Parliament, and I commend him for his work and leadership on the ACE’s campaign in Parliament and wider society. It is vital work as he so eloquently explained.

I would like to start by thanking George from Wave Trust for asking me to speak here today.

I’ve worked with George for many years now, from when I was the Shadow Minister for Children and Families and on various campaigns such as the 1001 critical days manifesto and the 70/30 campaign, and I’m pleased to continue my support for George, and champion the importance of prevention, the early years and infant mental health in my role as Shadow Minister for Public Health.

The importance of the early years of a child’s life really cannot be overstated.

What happens, especially during those 1001 critical days, really can affect every aspect of a child’s life as they grow into adulthood, and have serious implications for them in the future.

It is therefore surprising, and incredibly frustrating, that Governments around the world, including our own, don’t put more emphasis on the importance of this very earliest part of a child’s life, extending also into the early years and beyond.

On this Government’s watch, we have 14 million people, including 4.5 million children, living below the poverty line .

Almost 4 million children in the UK are living in households that struggle to afford to buy enough fruit, vegetables, fish and other healthy foods to meet the official nutrition guidelines .

As the cost of living continues to increase under this Government, not only for food but housing and child care, it is getting harder and harder for parents to make ends meet.
My aim as the Shadow Minister for Public Health – and when we have a Labour Government, as the Minister for Public Health (if I’m asked) – is to ensure our children are some of the healthiest in the world, and to tackle the glaring inequalities we still see throughout our society.

But when some of our children aren’t even receiving the most basic needs from an early age, this is really going to be an uphill struggle, because inequalities are evident before children even start school and then persist throughout adolescence and adulthood.

But as pointed out by Professor James Heckman, who says:

It’s not all about financial poverty – which I know many of us are rightly quick to point the finger at.

Character traits such as conscientiousness, perseverance, sociability, motivation, attention, self-regulation, self-esteem, ability to defer gratification are all important for success; but of course, these all come from being nurtured.

“The family plants and nourishes the seed that grows into the successful student and adult.”

But if the family don’t take the time to nurture and teach, then that child, regardless of materialist belongings or finance, will be at a social disadvantage in comparison to his or her peers.

That is why Sure Start Children’s Centres were so important to not only parents and families, but to a child’s development, as it put children on a level footing before they started school.

We should all be screaming from the roof tops that since 2010, over 1,200 Sure Start Centres have closed.

Especially when Cameron so publicly promised they would be safe in his hands numerous times in the televised debates and on the eve of poll – saying Gordon Brown was scaremongering! Remember that?

We can’t help our genes, but what we can do is ensure that parents and families are equipped with the skills and access to services to ensure that they can support their child’s development and nurture them beyond whatever hand nature dealt them.

We must accept that we can’t change everything, but if we can change the outcome of someone’s life by early preventative intervention, then surely, we must do so.

I remember very fondly Tesssa Jowell, who set up Sure Start in 1998, telling me when I became Shadow Children’s Minister in 2010, how she had told her officials that she wanted to walk into a Sure Start centre and be able to smell the babies, so she would know the centres were being used and that lives were being changed.

I believe that we owe it to Tessa and her legacy to ensure that the remaining Sure Start centres are defended and used to capacity as intended, not stand as empty shells.

I am a firm believer in the quote that an ounce of prevention is worth a pound of cure, which is why I am such an avid campaigner for early intervention and indeed prevention.

Children with a high ACEs score are more likely to smoke, drink heavily, have depression and a high number of sexual partners.
All of these have effects on one’s health and wellbeing in the long run, and are also contributing to the strain on our NHS, which is why it is important to prevent ACEs in the first place.

The Government has consistently cut public health spending with cuts to public health budgets alone of over £200 billion since 2015 , but has failed to fill in the gap with any initiative that encourages people to live healthier lives.

As I said at the beginning, my aim is to ensure that our children grow up to be some of the healthiest in the world, and I know that I will be including this as part of the discussion when considering how Labour will reach that goal.