Sharon officially tabled her third petition in as many years calling on the Government to bring the Tyne and Wear Metro to Washington. 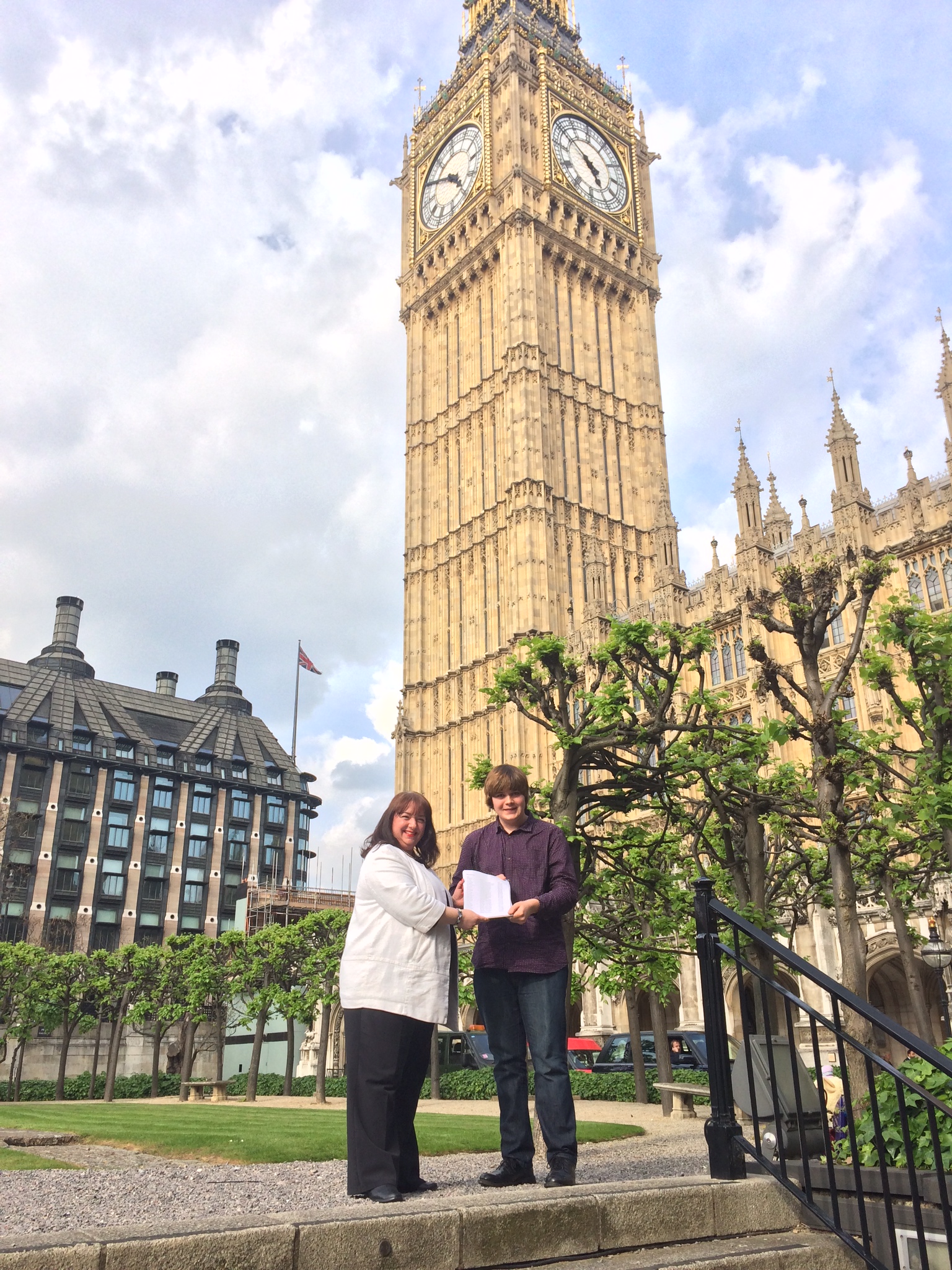 The petition was collected by 16 year old Adam Robson, from Washington, pictured above with Sharon. Adam visited Sharon in the Houses of Parliament a few days previous to hand over a print-out of his petition, which currently has almost 1,600 signatures, and remains open on the Change.org website.

The fresh petition – the third Mrs Hodgson has tabled since 2012 – closely follows the publication of plans by Nexus for the future of the Metro network, including three stations in Washington, as well as an announcement from the North East Local Enterprise Partnership that they will be compiling a business case for the required investment over the coming months.

Speaking after handing the petition in, Mrs Hodgson said: “This is the third petition I’ve handed in now in as many years, so I hope that at the very least Ministers and officials at the Department for Transport are aware that this will not go away, and if anything the people of Washington are ever more convinced that being connected to the Metro is vital to the town’s future success.

“We’re much further forward locally than we were when I handed in the first petition in 2012, with Nexus laying out how the plans would work and the LEP committing to putting together a business case for them. I’m hoping that this momentum will build and build, and that Washington residents will continue to add their voices to the campaign.” 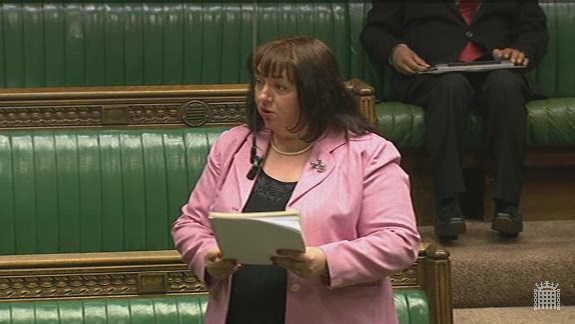 Formally presenting the petition in the House of Commons, Sharon said:

I am pleased to be able to present this petition asking the House of Commons to urge the Government to examine the feasibility of extending the Tyne and Wear Metro to Washington and bringing the Leamside railway line back into use. The petitioners and I believe that doing so would boost jobs and growth in Washington, and indeed in the wider region. The petition is accompanied by one along the same lines collected by Adam Robson from Washington, which as of today has been signed by 1,585 people on the change.org website.
The petition states:
The Petition of residents of the United Kingdom,
Declares that the Petitioners believe that the extension of the Tyne and Wear Metro to Washington is a vital, yet missing, part of the region’s transport system, and further that such an extension would make a significant contribution to the economic development of the town.
The Petitioners therefore request that the House of Commons urges the Secretary of State for Transport to seriously explore the feasibility of extending the Tyne and Wear Metro to the town of Washington, utilising the old Leamside railway line.
And the Petitioners remain, etc.