Sharon pressed the Government to accept amendments to the Consumer Rights Bill to clean up the secondary ticketing market. 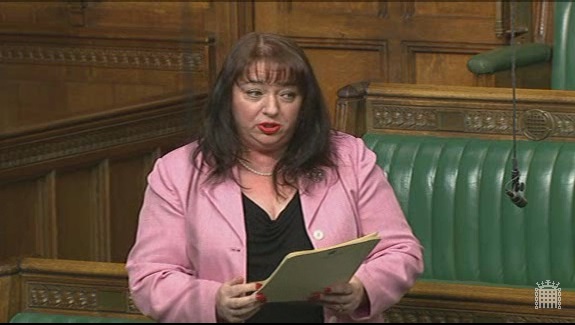 Following the publication of the first report from the All-Party Parliamentary Group on Ticket Abuse, Sharon and her fellow members tabled a number of amendments to the government's Bill to implement their key recommendations.

The new clauses tabled by Sharon and her colleagues would have had the effect of increasing transparency in terms of who is selling the ticket and what the specific characteristics (such as face value and seat number) are, as well as ensuring that those who are left out of pocket after buying counterfeit or invalidated tickets from the secondary market are able to claim back a modest level of compensation.

Responding to the debate on the proposals, Consumer Affairs Minister Jenny Willott MP informed MPs that the Government had issued guidance to secondary ticketing websites making clear that sellers would be required to provide seat numbers, and in some cases the face value of the ticket, from now on. However, she refused to go further

In addition to the concession, the MPs are continuing to call for further measures from the Government on transparency and consumer protection, and intend to support colleagues in the House of Lords to re-table the amendments when the Bill reaches the appropriate stage.

Speaking after the debate Sharon said: “We welcome any movement from Ministers on this issue, and over the next few weeks we will be meeting with Ministers from both the DCMS and the Home Office to discuss the wider set of recommendations in our report.

“However, we still believe that the Consumer Rights Bill is the ideal vehicle through which to extend transparency and recourse in the secondary market, to ensure that it works in the interests of consumers and those whose talent and investment create the demand for tickets in the first place. We will therefore continue to press the Government to act to put fans first.”