Sharon has supported the call by the APPG on Cancer – of which she is a member – to address cancer survival rates in the UK, which are amongst the worst in Europe. 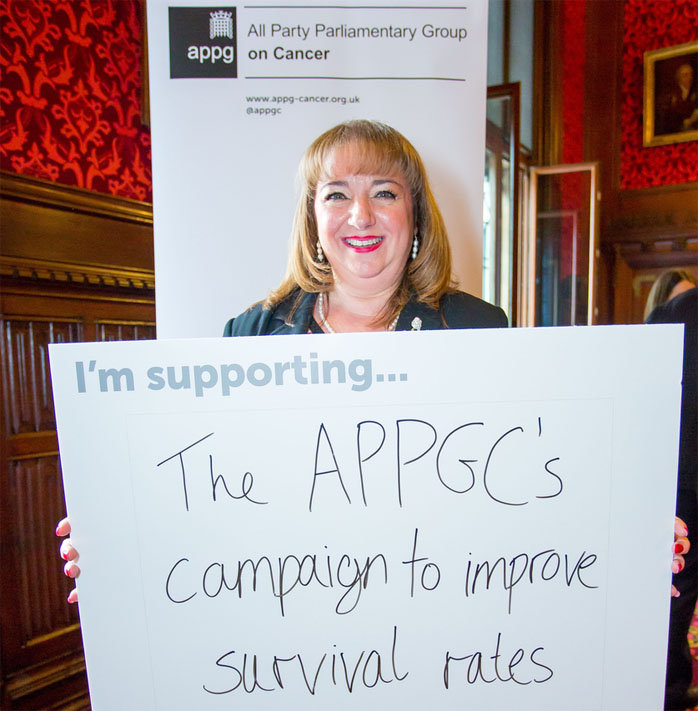 It is estimated that by 2020, almost half of the UK population will receive a cancer diagnosis during their lifetime.

Over the past year the percentage of people in England surviving at least one year from their initial cancer diagnosis has risen from 69.3% to 70.2%. However, this is still well behind comparable international rates – in Sweden, for example, one-year cancer survival is around 82%.

At the event, Sharon was presented with the cancer survival rates for Sunderland Clinical Commissioning Group which showed that 69% of local people with cancer will live for a year after diagnosis. This is lower than the national one-year survival rate for England of 70%.

Speaking at the event, Sharon said:

“During my time as a local Member of Parliament, I have worked hard on addressing cancer-related issues. This has included being chair of the Ovarian Cancer APPG and Co-Chair of the Breast Cancer APPG.

“One-year cancer survival rates have increased in Sunderland over the past few years, however, they still remain slightly below the national average. I have worked closely with Sunderland’s Clinical Commissioning Group on this matter, and will continue to do so in the coming years.

“All cancer patients deserve to be diagnosed as soon as possible to help address the costs to our NHS but also the cost to human life when diagnosis is too late to save a person’s life, that is why I will continue to work hard on this matter for my local constituents.”