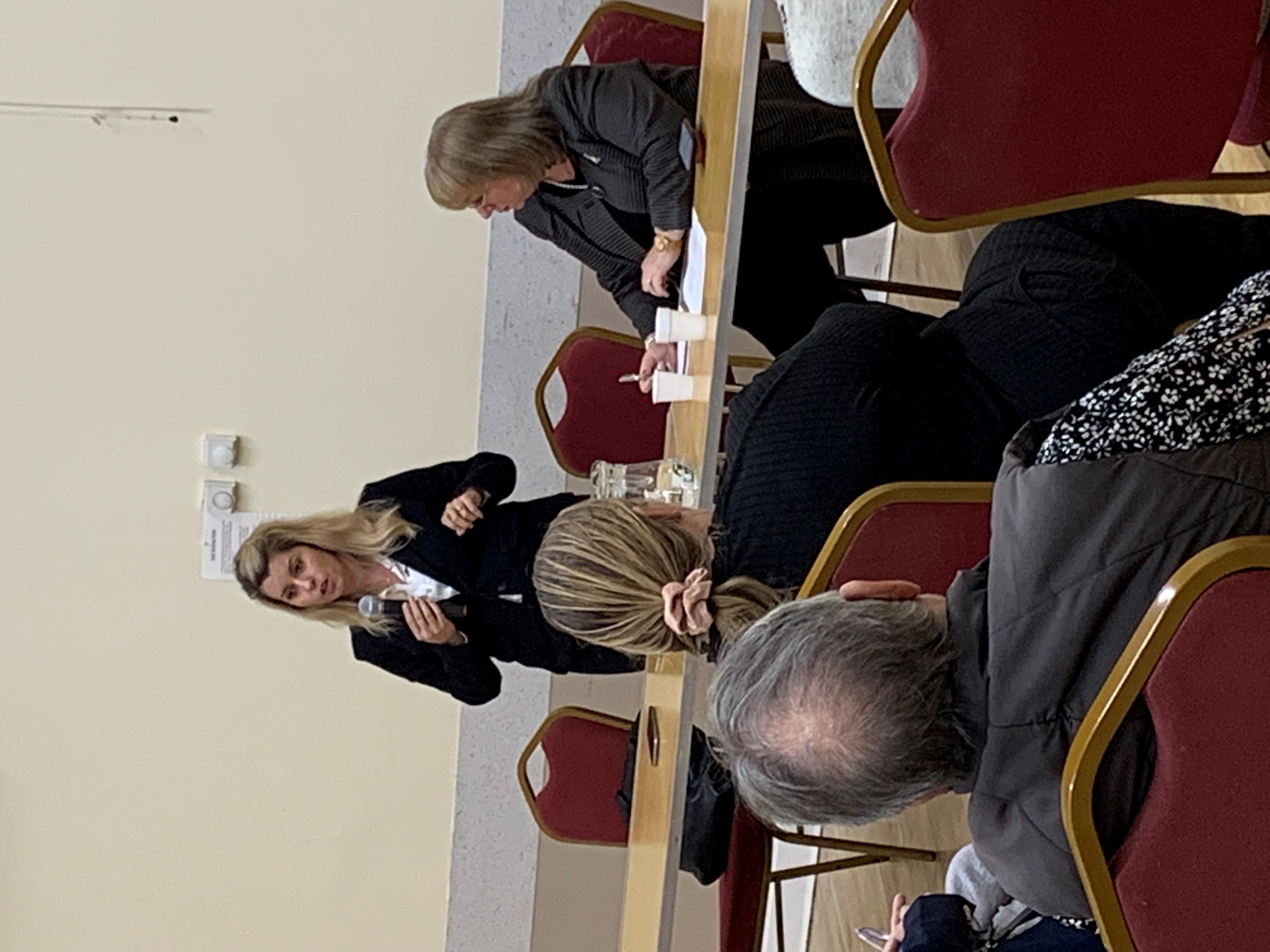 After the lock-downs due to Covid-19 (since the beginning of 2020), Sharon had resumed her programme of public meetings and street surgeries.  Residents of South Hylton met with the Northumbria Police & Crime Commissioner, Kim McGuinness and myself.  We heard that Stagecoach conclude their bus services to the area at 7PM.  It was felt that this early ceasing of service is dangerous and prevents the elderly or disabled from fully enjoying access to their city.  Residents were frustrated by the lack of disciplinary action against those who ride motorcycles illegally, though they did call for a protected space for such motorcycles to be ridden legally.  Additionally, residents expressed a desire for more CCTV in the area to prevent crime and antisocial behaviour.  Sharon has written to the relevant bodies to raise these concerns, remaining in close contact with NEXUS and the police.

Sharon has communicated residents' concerns on to the relevant public bodies and has communicated back to those residents who raised issues, so if you were at the meeting, and you feel that your concern was not addressed, please do email Sharon on: [email protected]

Kim McGuinness continues to monitor the issues of the area with great skill and a fine eye for detail.

If you have any concerns about any of these issues, you can:

Text of letter which went to attendees:

I write regarding the public meeting I held recently in St Anne’s Ward, at the Tansy Centre in South Hylton on Thursday 7th October with Kim McGuinness, our local elected Police and Crime Commissioner. I would like to thank you for coming along to raise the issues which are important to you and your local community. I would also like to say a particular thank you to people who spoke about distressing issues and shared their own experiences on sensitive issues. Following our discussions, I will be taking action to ensure that these issues receive the attention they deserve. I have met with Northumbria Police Chief Constable Winton Keenan on Friday 15th October to discuss some specific issues raised.

Kim informed us of the hard work being undertaken by Northumbria Police to make our areas safer and prevent antisocial behaviour. She made it clear that there will be no more buck-passing between the police and councils for tackling these important issues and that she is working with the six councils served by Northumbria Police to make sure that crime is targeted and dismantled, not just moved to new areas. This includes more enforcement and directing resources to tackling drug abuse, funding a violence reduction unit to tackle knife crime, working with young people to tackle the causes of crime and making our streets safer, especially for women and girls, with street pastors, better lighting and more CCTV.

Motorbike and quadbike disorder was raised and is a priority. Kim said that the police force is investing in long lens cameras and drone technology, as well as looking at how scrambler bikes are bought and sold online to stop people who are riding illegally, and that there should also be safe legal places for people to ride. It was raised that there was an application for a riding centre that was rejected by the council. I have therefore written to Sunderland Council Leader Graeme Miller to understand why it was rejected and explore re-application options. The Chief Constable has also confirmed that work is ongoing to identify and create a riding centre in conjunction with a number of local authorities in the area, including Sunderland Council, and I will follow the progress of this closely as I know it is something important to residents.

Concerns about the speeding hotspot on Hylton Bank were raised and Councillors reassured residents that traffic calming measures are being explored for this hotspot. The Police and Crime Commissioner also said she would advance access to community speedwatch for St Anne’s ward and I am pleased to say that Chief Constable Keenan has also agreed to look into what the force can do in this specific area to reduce speeding and improve the road safety.

The village is only served by local buses before 6pm on an evening. This is a concern for safety on dark nights and accessibility for disabled people. I will be writing to Nexus regarding this issue.

CCTV provisions were raised - this is often the responsibility of local authorities. While there is investment coming from Sunderland Council into CCTV, the council need to be made aware that South Hylton residents feel like provisions in the village are not sufficient. I will therefore write to Sunderland Council to highlight these concerns. Kim said she is working with Nexus for better CCTV provisions on and around their land.

Constituents mentioned that the 101 report line was not working, and that it was felt like reports to the police don’t get responded to. Kim raised that service phone lines are busier than ever, and that 101 has become an emergency line which it was not intended for. The force are therefore making efforts to rebalance this which in the long-term will improve this service, including a recruitment drive for call handlers. Kim also said she will feedback to her team that more needs to be done to make people aware of the differences between 101 and 999 and stressed numerous times in the meeting that if there is an emergency, people should not hesitate to call 999.

I raised this 101 issue with Chief Constable Keenan who gave me strong reassurances that improvements were being made to the 101 service and he accepted that there had been issues lately which I am informed are due to both a rise in demand and a change in technology, I was pleased to hear that more operators are also being recruited which in time as they become hired and trained will see a vast improvement to the service.

The lack of presence of police officers in our communities was raised as a concern, especially regarding Community CSOs. It was discussed that through cuts to the service since 2010, the force has lost 1140 officers. While recruiting is a priority for Kim, this takes time and resources and is not an easily fixed problem.

The PCC stressed that reporting incidents of crime or antisocial behaviour helps the force identify hotspots and help address issues with the local council, and therefore residents should continue to report any incidents.

Particular concerns were shared regarding antisocial behaviour being brought from outside of the area by individuals and ringleaders, and that there have been reports of dog theft, weapons being used on the streets, violence against residents and pet poisonings. These are all of great concern and Kim said she would raise these reports with Sarah Pitt, Chief Superintendent. I have shared these incidents with the Chief Constable and as well as this being looked into by the local Chief Superintendent, he will ask PC Baker, Northumbria Police’s Wildlife Crime Officer to do some further investigation into the crimes associated with pets and animals. It was raised that there needs to be services and investment for young people to prevent antisocial behaviour, as there are a distinct lack of facilities designed for young people in the area. When looking at finding a solution to antisocial behaviour, young people should be part of that conversation.

Cllr Karen Noble has notified me that she has also met with the community Police Team, the council planning team, and contacted contractors regarding rubbish and the removal of fencing. I will ensure that any responses that I receive in relation to these matters, will be forwarded on to residents who attended the meeting.

If there are any other issues that you would like to raise that did not get mentioned at the Public Meeting, please do get in touch with me by email, at [email protected]