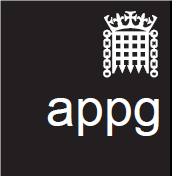 Today, Friday 24th May, MPs, Peers and representatives of the sporting industry have written to the Secretary of State for Digital, Culture, Media and Sport, the Rt Hon Jeremy Wright MP, to raise their concerns about secondary ticket touts for sporting events and call on the Government to ensure that the relevant agencies are sustainably funded to enforce current consumer legislation.

The letter highlights concerns raised by members of the All-Party Parliamentary Group on Ticket Abuse at a recent meeting in Parliament, including secondary ticket touts operating outside of the law and unofficial resale websites being legitimised by their position on Google Ads.

The letter calls for the Government to fund agencies, such as National Trading Standards and the Competition and Markets Authority, to ensure that current consumer legislation is enforced. It also calls for a consumer education programme, to ensure that customers are aware of what ticket information secondary websites should provide (including the block, seat and row number, the original face value price of each ticket and, if the event organiser demands it, the unique ticket ID number) as well as advising consumers not to make a purchase if the site does not provide those details.

The Government Minister for Digital and the Creative Industries, Margot James MP, and Chair of the Digital, Culture, Media and Sport Select Committee, Damian Collins MP have both warned consumers against using Viagogo to buy tickets, but fans are still falling victim to the website and pay way above face value for invalid tickets.

The letter highlights several examples of ticket touts, including a case for a Cricket World Cup match when India play Pakistan at Old Trafford on 16th June. The face value for the tickets are £70, but are being sold, in breach of the Consumer Rights Act, for £264 on Viagogo.

Several Royal Ascot tickets for this year are being advertised with the incorrect face value and misleading information about the availability while the lack of a unique ticket ID number makes it extremely difficult to identify the ticket sellers disregarding the law.

You can read a copy of the letter here

“The APPG has been predominantly focussed on the music industry, but as the summer sporting events approached we turned our focus to sports and found that much of the issues are the same as in music.

“The legislation to protect consumers exists, but what is seriously lacking is enforcement. Touts are getting the message that they can break the law without any repercussions. That is why the Government must ensure that enforcement agencies are sufficiently funded so that consumers can be protected.”

"There is clearly more that can be done to protect sports fans from being ripped off in this way.

"Two ways we can tackle this are more effective enforcement of the current rules and greater awareness of the potential pitfalls of buying tickets on the secondary market.

That is why consumer education is vital to ensure that sports fans know what to look for when buying tickets from these websites."

Adam Webb, Campaign Manager of FanFair Alliance and secretariat to the APPG on Ticket Abuse said:

“If consumer protection legislation is not adequately enforced, then sports and music fans will continue to be scammed by unscrupulous secondary ticketing sites and large-scale ticket touts. This Government has helped support some major reforms of this market, particularly for live music events, but there is clearly more to be done.”

Lisa Wainwright, Chief Executive Officer of the Sport and Recreation Alliance and secretariat to the APPG on Sport said:

“It is simply unfair that those wanting to watch sporting events are being scammed in this way by secondary ticketing sales. It is not only unfair to them but unfair also on individual sports themselves. It should not be for sports bodies themselves to police these ticket organisations and we think it is vital to strengthen enforcement. Watching sport is an important way of inspiring participation particularly among children and young people and those selling tickets in this way are not only damaging people’s enjoyment of sport but are increasing barriers to participation as well.

“It is also important that entire communities benefit from being able to watch sporting events, this includes those from low socio-economic backgrounds. These touted tickets - often being sold at well above face value - are continuing to make watching sport the preserve of those who can afford to pay these exorbitant costs.”

“For the love of music, sport and the arts fans deserve more. Despite improvements, we still see British consumers ripped off on a daily basis. The laws are in place but they mean nothing unless put into action through education and enforcement. This is imperative to seeing a positive change within the secondary ticketing market.“

“Secondary market websites and touts are routinely exploiting customers with tickets on sale above face value and without the required information as listed by the Consumer Rights Act. In the run up to Royal Ascot, we are fighting against Google ads which often give prominence to these websites that claim the event is sold out when it is not so they can charge significantly above the face value.

“It is not just customers who suffer, but the racing industry as a whole with lost revenue that could be invested in prize money for the sport’s participants, alongside welfare and integrity measures. We will be working closely with the Royal Borough of Windsor and Maidenhead and Thames Valley Police again this year to minimise the impact of touts during Royal Ascot, ensuring that all our customers have a safe and enjoyable experience.

“We welcome the work of the APPG for Ticket Abuse and are pleased to be taking a stand with our colleagues from other sports. Ascot enforces the right to refuse entry to any person purchasing a ticket from an unofficial source and urges all customers to be aware of the risks. Anybody looking to buy tickets should do so through our official channels.”

Sharon received a response from the Department for Digital, Culture, Media and Sport on 18th June. You can view the response here.