In a Westminster Hall debate on the equalisation of the State Pension age, Sharon raised the experiences of some of her constituents. 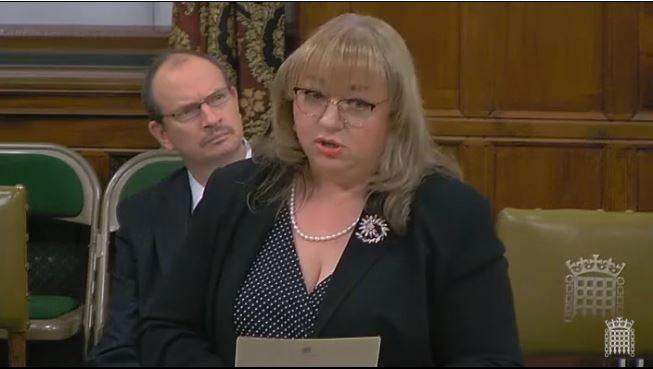 It is a pleasure to follow my hon. Friend, who even got a naughty bit of applause from the Public Gallery.

I congratulate the hon. Member for North Ayrshire and Arran (Patricia Gibson) on securing this debate and on her passionate opening speech. It is important ​that we keep this issue on the parliamentary agenda, and that we continue to speak up for the women who have been so adversely affected by the changes.

Like other hon. Members, I have received a significant number of letters and emails from women who have been badly affected by the impact of the equalisation of the state pension age. I will use my time to share just a few of the experiences of the 6,100 women in my constituency who have been affected by all the various changes since 1995.

Janice wrote to me:

“I was born in 1956 and expected my pension when I was 60. The government has moved the goalposts twice and I now have to wait until I am 66…I am 63 and have left work to spend quality time with my 79-year-old husband. This has not been an easy decision as I am living without my pension.”

Then there is Carol, who wrote:

“I only received a letter from the DWP four years before I was 60, so had very little notice at all.”

Carol has a private pension, but will not receive her state pension until she is 66. She is caring for her 89-year-old mother, and two of her granddaughters.

Susie Donkin, who was born in 1957, received notice only two years before she turned 60 that she would not receive her pension until she was 66.

Another of my constituents, Sue, put it all succinctly when she wrote to me that:

“Women have so much against them. In the past they have had the burden of looking after the children and unable to build careers as men did…wages were not equal and opportunities for married women were not the same either.”

The WASPI women need action now. They have already waited long enough, and many are suffering real hardship and are basically destitute, as we have heard. It is totally unacceptable that the Government are simply ignoring the calls of those women. I ask the Minister to please listen to their calls now.