Sharon Hodgson, Member of Parliament for Washington and Sunderland West and Shadow Minister for Public Health, has today raised concerns with the Secretary of State about the recent decision by Nissan to build the new X-Trail model in Japan, rather than in Washington, Sunderland as originally planned. 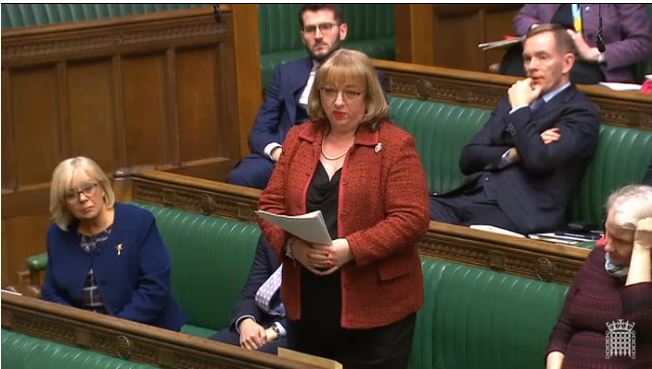 The Plant has been a great source of employment for Sunderland and the wider North East area, hiring around 7,300 members of staff directly, and around 32,000 in the supply chain. This means that Nissan provides almost 40,000 jobs in the UK, the majority of which are in the North East.

On Monday 4th February 2019, the Secretary of State for Business, Energy and Industrial Strategy, the Rt Hon Greg Clark MP, made a statement in the House of Commons regarding Nissan’s decision.

This came after speculations over the weekend that Nissan would announce that the new X-Trail model would be built in Japan, rather than in Washington, resulting in the loss of 740 future jobs. Nissan confirmed this on Sunday 3rd February 2019.

On Monday, a letter written in 2016 to Carlos Ghosn, CEO of Nissan at the time, by the Secretary of State, was published. The letter included references to up to £80m funding assurances by the UK Government, including:

“It is contingent too on a positive decision by the Nissan Board to allocate production of the Qashqai and X-Trail models to the Sunderland Plant.”

Significant questions around this funding must now be answered.

During the Secretary of State’s statement, Sharon asked:

“Nissan in my constituency, together with the supply chain, employs around 40,000 people, many of whom will be extremely worried by this decision.

This Government’s chaotic approach to the Brexit negotiations, concerns around diesel, and a new Free Trade Agreement between the EU and Japan have all created a perfect storm of conditions.

With just 53 days until we are due to leave the EU, no Brexit Parliamentary business scheduled for two weeks, the Prime Minister currently engaged in fantasy politics over the backstop, and the sweetheart deal on the rocks, what immediate steps is the Secretary of State taking to re-assure the whole UK automotive industry?”

In response, the Secretary of State said:

"One of the pleasures of dealing with the automotive industry in the UK is that it is one of the most advanced and most capable, in terms of innovation, in the world.

The work that we are doing, through our Industrial Strategy with the sector, in terms of being the leading place in the world, not just for the discovery of battery technologies, but for manufacturing them; the test beds that we have put in place for connected and autonomous vehicles, make Britain the place in the world that people come to for innovation.

We back that in this Government, and it enjoys support, I know, across the House. It is a source of confidence around the world. But it is true that the international business such as the automotive industry is wants to know reasonably what its trading relationships will be with the rest of the European Union in the years ahead.

That is why they’ve been so clear that this House should come together and back the deal. I hope that the Hon. Lady, with the care for her constituents that I know she always has in mind will during the weeks and months ahead do so too.”

After the statement, Sharon said:

“I am disappointed that the Secretary of State has failed to give assurances to the UK automotive industry during these uncertain times.

“Those employed directly or indirectly in the automotive industry will rightfully be concerned by this news, which is why I called on the Government to provide assurances. However, they have failed to do so.

“The Secretary of State spoke about unity over Brexit, but it is down to his own Government’s failings that we are now in uncertain times; just 53 days away from Brexit day, without a deal.

“In light of specific assurances made in 2016 to Nissan, the Government must now be clear about what implications this now has on the future of the automotive industry in the UK, and the funding promised to Nissan’’

You can read the Secretary of State's Statement here

You can watch Sharon's question here

Return to the top of this page >