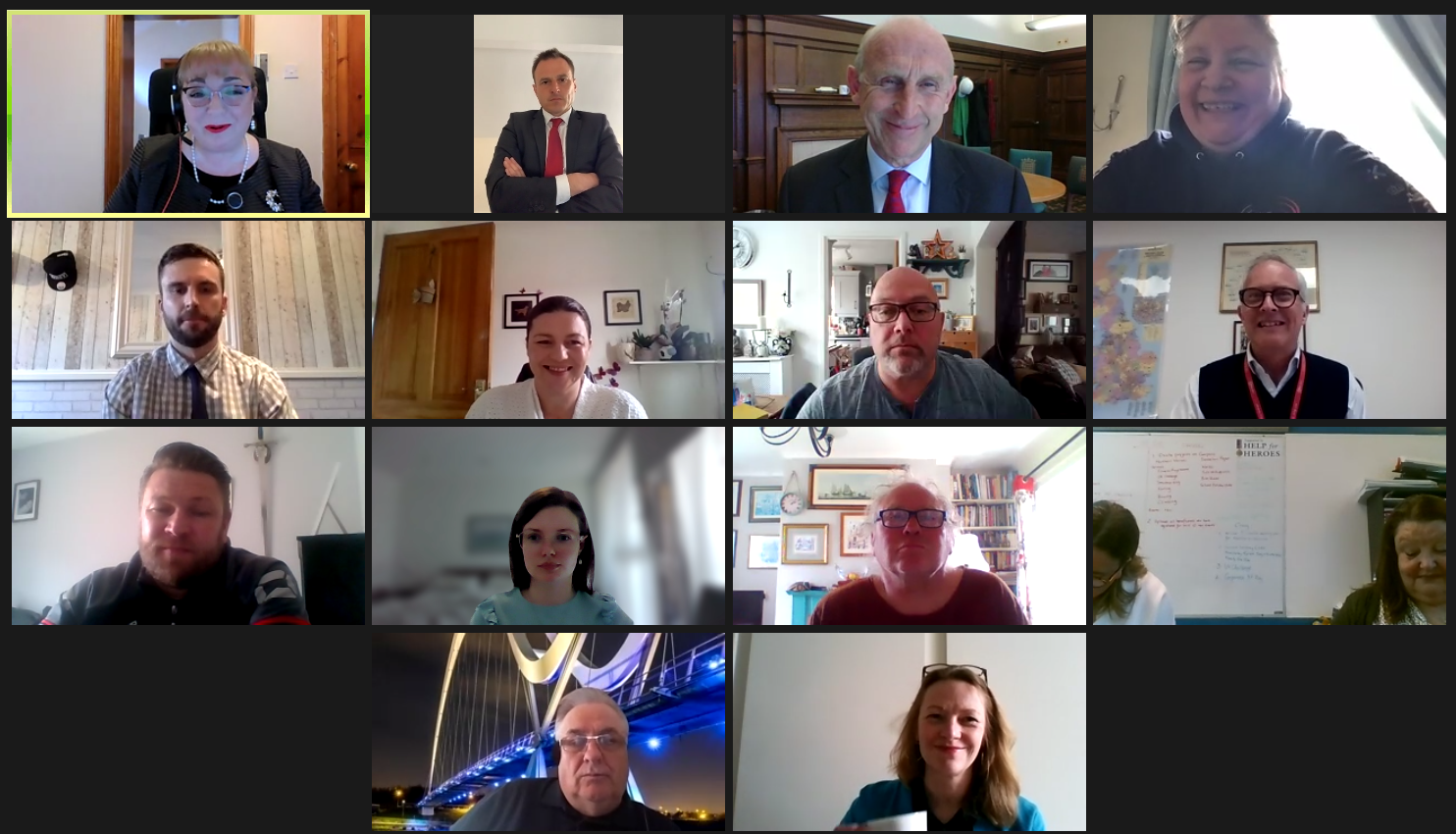 The roundtable, which was also attended by Shadow Secretary of State for Defence, John Healey MP, was the first of a series of events by the Labour Defence Team in the region.

The roundtable was also attended by Labour’s candidate in the Hartlepool by-election, Dr Paul Williams, local Labour Party Armed Forces Champions in the region and University of Sunderland and SHAID St Peter’s Court as recipients of the Gold Defence Employer Recognition Scheme.

During the event, veterans and former clients of Project Nova* and Sporting Force spoke about their experiences of leaving the military and finding employment and training.

Participants in the roundtable heard about the impact Covid has had on the job market and how crucial charities have been, especially in the last year, in supporting veterans into training, employment, housing and getting mental health support.

It is estimated that 84% of service leavers who used the Career Transition Partnership (CTP) in 2019/20 were employed within six months of leaving the Armed Forces.

But the roundtable also heard that on some occasions it might be years after leaving the military before a veteran presents at a charity or local service for support on getting training or employment.

The Bill will put commitments made in the Covenant on health, housing and education into law, but the Bill currently omits employment.

Labour is backing our veterans by calling on all remits of the Covenant to be put into law.

John Healey MP, Shadow Secretary of State for Defence said:
“Our Forces Personnel go above and beyond to protect us and it is only right that when they leave service and transition back into civilian life, they are given the support they need. That is why we must reinforce the Armed Forces Covenant so no veteran is disadvantaged by their service.”

Sharon Hodgson MP, Shadow Minister for Veterans said:
“Veterans’ employment is one of the key issues missing from the Government’s plan to put some of the Armed Forces Covenant into law.

“That’s why Labour is shining a light on how important veterans’ employment is not only to the veterans, but to the workplace too in the unique skills and experiences they offer.

Alistair Halliday, Chief Executive of RFEA – The Forces Employment Charity said:
“Regardless of age, years of service, rank or specialisation, people who have served in the Armed Forces possess fine qualities, such as self-motivation; a ‘can-do’ attitude, great team skills, a ready sense of humour, coupled with a desire to do their best and help others, which makes veterans a brilliant addition to the civilian workforce. However, those who have served in the Military often have limited experience of applying for civilian jobs and can find it difficult translating their relevant Services experience to meet non-Military job descriptions, putting them at a disadvantage. This event was an excellent opportunity to highlight the value and relevance of ex-Forces personnel to politicians and civilian employers alike.”

Tommy Lowther, Founder and CEO of Sporting Force said:
“It was a pleasure to join the Labour Party’s roundtable on veterans’ employment and showcase the work of Sporting Force here in the North East but also across the country.

“Veterans sometimes require additional support and Sporting Force offers that in abundance. We provide employment opportunities within the sports sector as well as lots of different adventure training activities to help tackle social isolation among the veteran community.”

Notes to editors
• *Project Nova, delivered in partnership between RFEA and Walking With The Wounded, is there to offer help to those who have been arrested and enter Police Custody. It also supports Veterans who are referred by specialist Police teams, or other statutory organisations, because they are at risk of arrest. The scheme was launched in 2014 and currently operates across South Yorkshire and Humberside, the North East, North West, Midlands, South West and East of England.
• About RFEA: RFEA – The Forces Employment Charity – exists to provide life-long, life-changing support, job opportunities, and training to service leavers, reservists, veterans and their families, irrespective of circumstances, rank, length of service, or reason for leaving. Founded in 1885 and operating across the UK, we have the specialist knowledge and understanding to bridge the gap between military life and civilian employment. We work in partnership with other organisations and employers who, like us, respect and value the unique qualities and abilities of all those who have served. www.rfea.org.uk; www.twitter.com/RFEA_UK; www.facebook.com/RFEATheForcesEmploymentCharity/
• About Sporting Force: Sporting Force provides support to ex-service personnel, offering a route into civilian employment within the professional sports industry. Sporting Force help veterans and their families by offering education, exercise and social events to help relieve mental health and social isolation. All the opportunities Sporting Force offer are inclusive and can be adapted to meet the needs of disabled veterans. https://www.sportingforce.org/; https://twitter.com/sportingforce; https://www.facebook.com/sportingforce