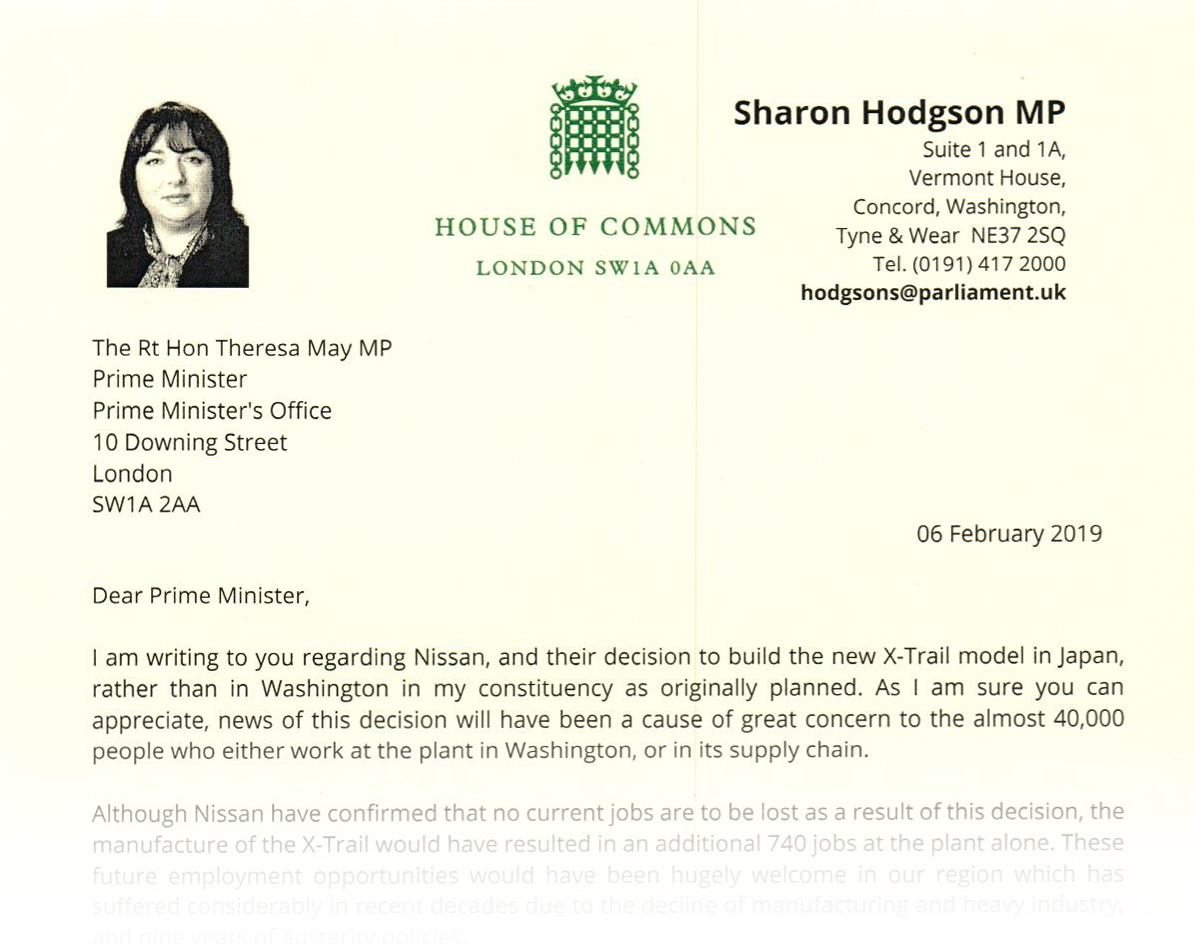 Sharon Hodgson, Member of Parliament for Washington and Sunderland West and Shadow Minister for Public Health has today written to the Prime Minister in order to outline key concerns around Nissan’s decision to build the new X-Trail Model in Japan rather than in Washington as originally planned.

After considerable speculation over the weekend, this decision was confirmed by Nissan, and has undoubtedly caused much concern for the near 40,000 people who either work at the plant in Washington, or its supply chain.

During a statement on Nissan by Greg Clark MP, Secretary of State for Business Energy and Industrial Strategy (BEIS) on Monday 4th February 2019, Sharon asked him what immediate steps the Government would be taking to reassure the UK Automotive Industry. 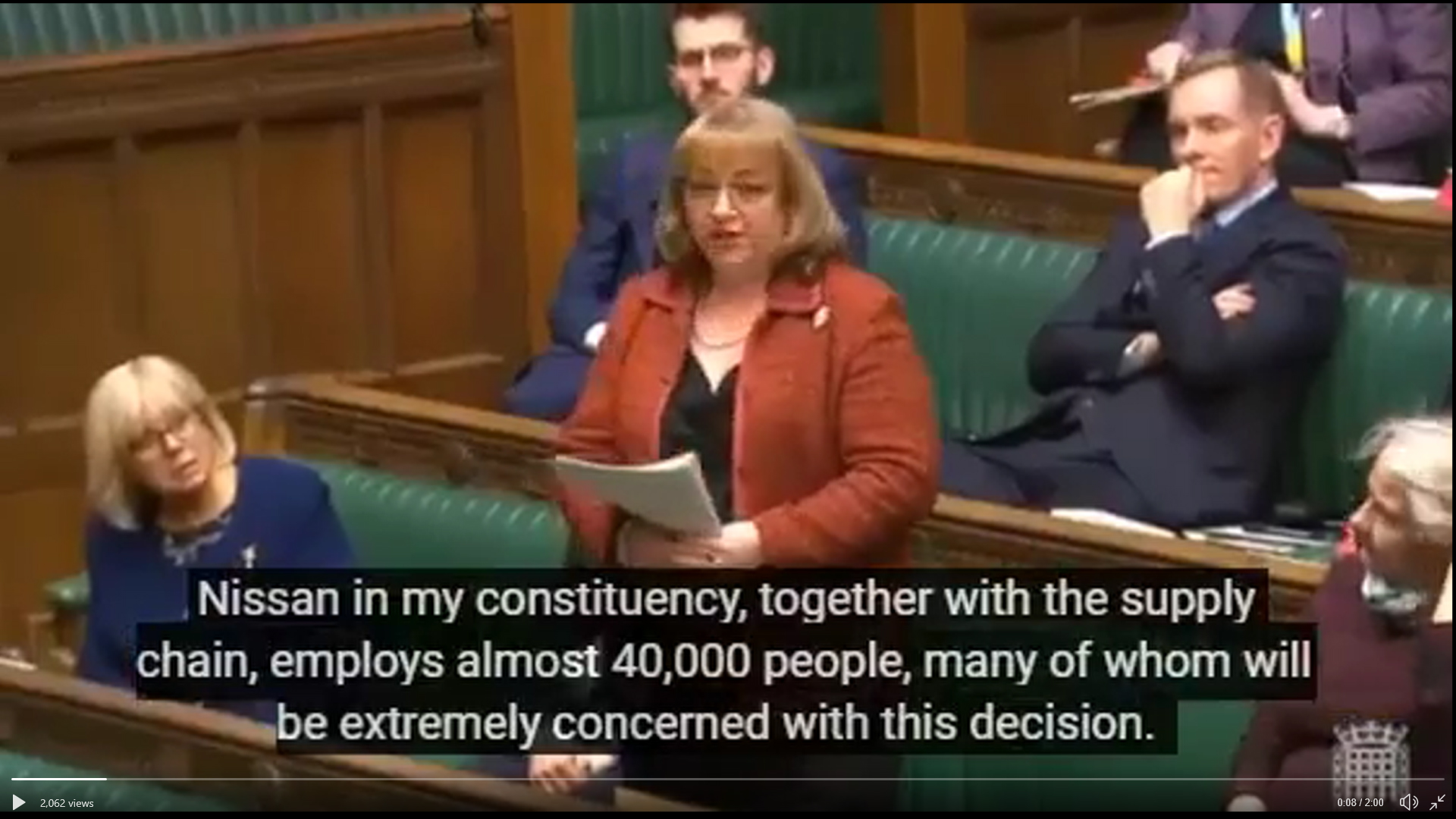 A clip of Sharon’s question can be viewed on Twitter here:

No such assurances were provided during that statement. Sharon has therefore written directly to the Prime Minister asking her to; confirm that any new application by Nissan for Government funding will be considered fairly, and independently, rule out a ‘No-Deal’ Brexit and confirm when MPs will next get to vote on a re-negotiated deal, and reconsider the option of a negotiating a new customs union with the EU.

A copy of the letter can be found here

‘Many of my constituents will be hugely worried by this decision. Although no immediate jobs are at risk, it is a great shame that the 740 future positions that would have been brought to the plant in Washington have been lost.

There were undoubtedly a number of factors that led to Nissan taking this decision including concerns around the transition away from diesel and falling sales of diesel vehicles.

However, it is also clear that the ongoing uncertainty around Brexit had a role to play, and this was confirmed by Nissan in their initial statement. There are just 51 days to go until we are due to leave the EU, and businesses in this country are still no clearer on what trading arrangements we will have at that point.

I’ve written to the Prime Minister in order to address some key concerns that I have around this decision and I look forward to them being answered as soon as possible.’

TinyUrl link for this page: https://tinyurl.com/y2e5v9w4

See the Government's response to Sharon's letter to Theresa May here >